The Rays With Runners In Scoring Position

Share All sharing options for: The Rays With Runners In Scoring Position

This post will be a lot of images and very few words as I am as frustrated as you are with the lack of offensive production from the Rays. Roger Mooney of the Tampa Tribune had a nice piece in today's paper about how strikeouts are plaguing the Rays this season which was much more than the typical "strikeouts are bad" stories that we have seen in the past. That said, the problem goes beyond the strikeouts. 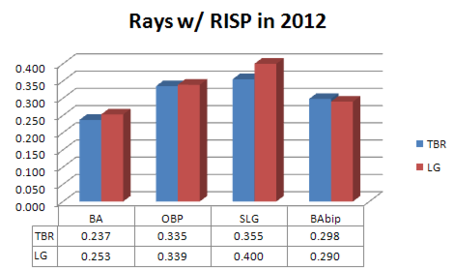 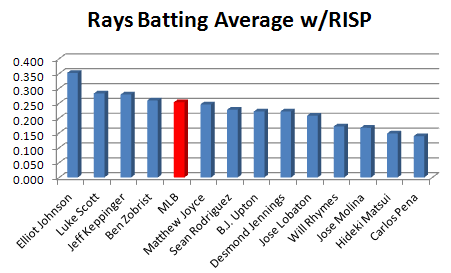 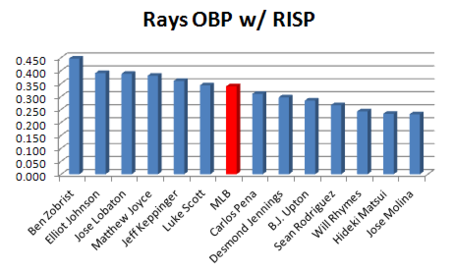 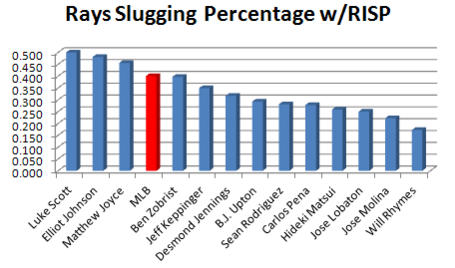 In these situations, the team struggles to both safely hit the ball in play and hit the ball with authority as more hitters are below league average in both batting average and slugging percentage than not.

The next four images show how the team does as a whole in terms of K/PA and BB/PA with runners in scoring position and then how each player does in that metric against the league average. 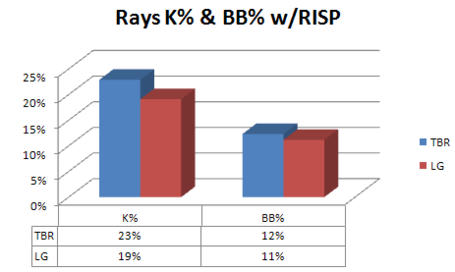 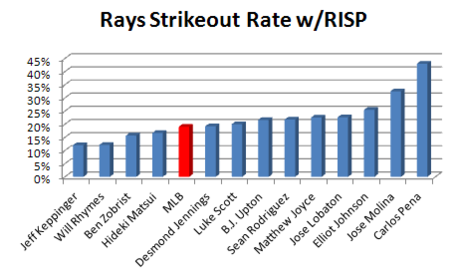 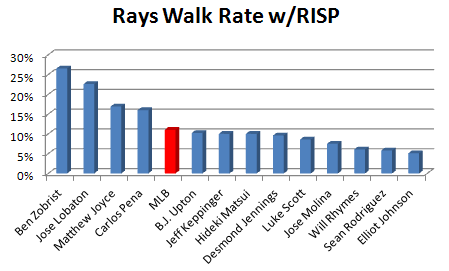 As Mooney's article showed, the strikeouts are a problem and are more problematic for some hitters than others such as Carlos Pena. His strikeout rate in these situations is nearly double the league average. Ben Zobrist is the only hitter who comes out above league average in both metrics.

This last series of images shows how the team does against league average in terms of wOBA and wRC+ with runners in scoring position as well as how the individual hitters are doing in those situations. 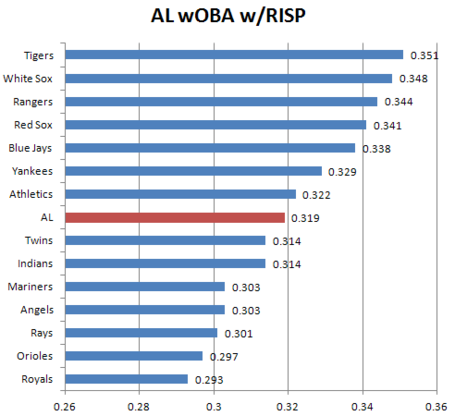 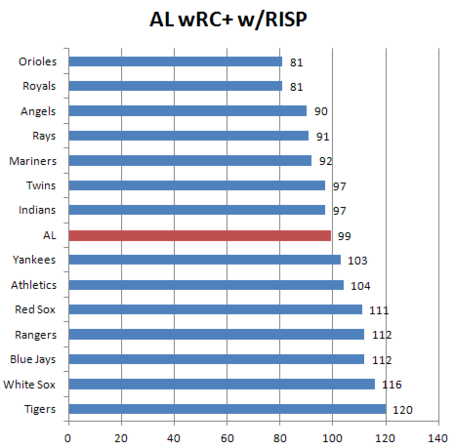 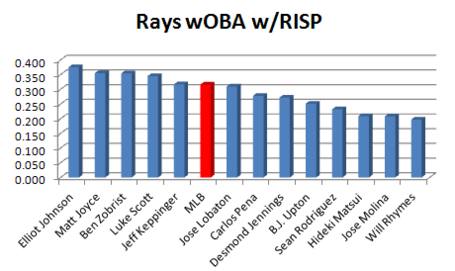 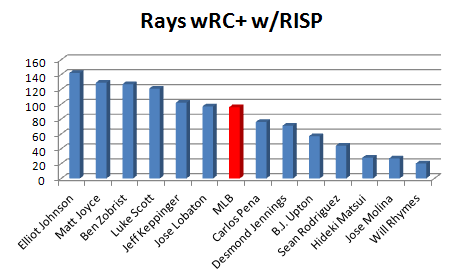 The last two images stand out against the backdrop of today's frustrating loss. Hideki Matsui has had 20 plate appearances in the month of July when at least one runner was on base. 26 men have been on base in those 20 plate appearances and Matsui has driven in just one of them. One. Meanwhile, Jose Lobaton, a player who has done well in these situations this season and has made good contact in recent weeks, remained on the bench.

Simply put, this is not a mess that the return of Evan Longoria and Sam Fuld can fix. This isn't a mess that the return of those players and the acquisition of another bat or two can fix. There is a true talent level that is becoming more and more apparent this summer that we all want to ignore, but is becoming increasingly more difficult to do so.