If you have been watching the Rays games over the past few weeks and feel as if the offense is either a boom or a bust, you may be onto something.

Success comes and goes as the wind does on a given day as baseball players only have so much control over the result once they step into the batter's box. That said, the Rays' offense has been rather inconsistent in recent weeks as its volatility rate appears to be more severe than it was earlier in the season.

The team got off to a hot start and then slowed when Evan Longoria went down. In his absence, the team was at least consistent. Unfortunately, they were consistently under-performing as the team struggled to score runs to supplement the outstanding pitching.

Below are some game by game totals of some offensive metrics so you can see how the peaks and valleys have played out. 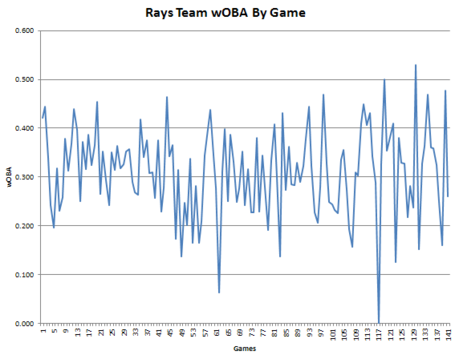 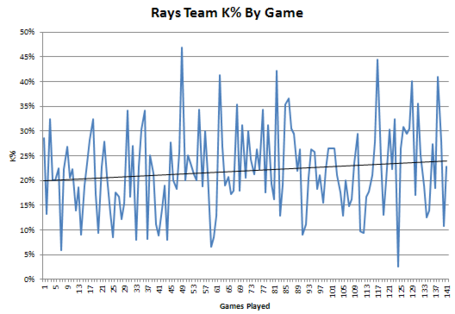 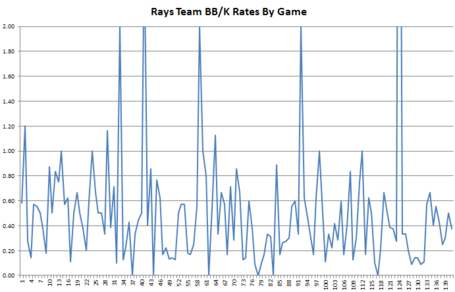 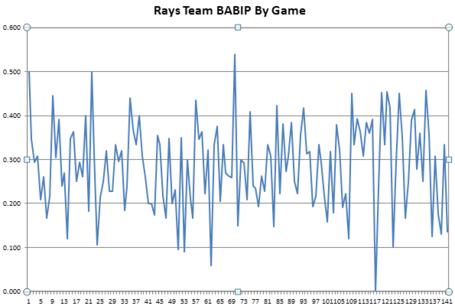 Typical ebb and flow within a season or do you see any signs of concern as the Rays head into their final 20 games?