Who, What, Where: The Rays' Success Within The Strikezone

Share All sharing options for: Who, What, Where: The Rays' Success Within The Strikezone

Two days ago in the SandyFanpost section, Sandy Kazmir showed what the offense has done this season when pulling the ball, going up the middle, and going the opposite way. It goes without saying that the numbers were rather disappointing to look at compared to the league averages.

If you have watched this team hit all season, these numbers should not be terribly surprising. We have seen many hitters roll over on offspeed and breaking pitches on the outer half to become double plays, or heard the radio and television broadcasters for the team talk about how player X is better when he is looking to hit the ball up the middle or is willing to go the other way on pitches on the outer half.

We hear that when they talk about how the other half of the field disappears for Carlos Pena. We hear that when B.J. Upton hits an extra base hit to right-center field. We remember how Longoria hit the baseball in 2009 when teams continually avoided throwing him anything on the inner half of the plate as they pitched around him.

Now that we know how the team is doing in terms of success when putting the ball in play in a certain direction, we should also look at the results in terms of how the team does when balls are thrown in certain areas of the strike zone.

Using the data from the BaseballProspectus player cards, we can tell how the batter does within the strike zone.

That table shows Upton's True Average Value (TAv) for his entire career within different quadrants of the strike zone.

The league-wide average for TAv is constant at .260. Over the last three seasons, this is what the TAv spectrum would look like according to the BaseballProspectus glossary:

Since the team's hitting philosophy is to work counts and look for strikes while being disciplined enough to take walks, let us focus on the nine squares within the normalized strike zone and think of them as a phone display: 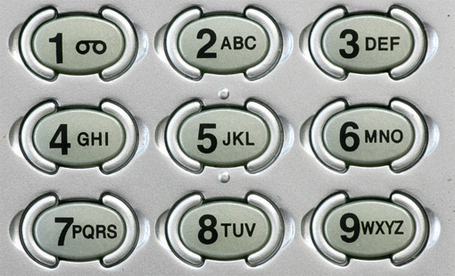 In looking at the TAv for each hitter within those zones, here are the non-weighted team TAv's for each zone (min 100 PA) for the current season only:

Here is how that chart looks when looking at all right-handed hitters on the team as well as the switch hitters:

Here is how that chart looks when looking at all left-handed hitters on the team as well as the switch hitters:

The team has just one area in which it would be considered to have a "great" TAv and that is for the lefties who have hit pitches in the upper middle reaches of the strike zone. Ben Zobrist has a TAv of .515 on pitches in that area while Matt Joyce leads the team at .573 there.

One might assume a team would have its best results on pitches over the heart of the plate but the team's best zone is pitches on the inner half of the plate where a pull hitter tends to like their pitches. The nine-hole is a spot nearly the entire team struggles with. Joyce, Zobrist, and Jose Lobaton are the only batters on the team who have a TAv above .230 in that zone; Joyce is at .333, Lobaton at .349, and Zobrist at .365.

It is interesting to note that the right-handed group enjoys most of its success on pitches on the inner half while the lefties on the team go against conventional wisdom. That wisdom says lefties love the baseball on the inner half or down and in but Joyce is the only true left-handed hitter that fits that conventional wisdom as both Pena and Scott find their limited successes in other areas of the strike zone.

Each hitter is their own guy and some of them have been more successful in certain parts of the zone as individuals, but the collective effort of the team is a bit perplexing if not disappointing.