Alex Cobb has been a rollercoaster of emotion over his last five starts. There was the smooth-as-butter game against the Mariners on August 13th, then the eight run bed-defecating performance against the Angels, a CGSO against the A's, and the brick wall of atmosphere in the face against Texas when Cobb came back down to earth. While the empirical, sabermetric axiom of "good start-bad start" would conclude that Cobb was in line for a dandy tonight, it didn't look that way in the first inning.

After the first two batters were retired in the inning, the Yankee hitters had Cobb right where they wanted him: two outs. I know the data won't back me up on this, but it certainly seems like Cobb has trouble making opposing offenses go quietly into that good night. So with two down in the first and the bottom half of then inning in sight, AC promptly walked Nick Swisher and then allowed an oppo homer to Robinson Cano to put the Rays in an early hole.

Of course, if you've read the headline *SPOILER ALERT* you know that those would be the only runs the Cobb Salad tossed all night.

Over his next six innings, Cobb allowed just three hits--two with nobody on and two outs--as he kept the Yankee hitters off balance with some well located off-speed pitches. Most impressive was his curve which he threw for a strike 20 of 26 times (77%). He induced eleven swinging strikes on 97 pitches and finished the night with five K's.

My favorite AB of the night was Cobb striking out Nick Swisher in the third with two men on and no outs:

All these pitches were fastballs. Cobb was working the fringes of the strike zone to start the AB, but the umpire was having nothing of it. He came back with a bit more of the plate on 2-0, but kept the ball bottom-third with good movement and Swish came up empty. He then proceeded to work lower and lower in order to coax the K. This was a huge AB in a tight spot, only outshined by the 1-6-3 double play he worked out of Cano to end the inning.

All-in-all it wasn't as dominant of a performance as his CGSO a few starts ago, but, then again, the Yankees are not the A's (even though seeing Eric Chavez in pinstripes still confuses me).

But let's not get ahead of ourselves. We've seen the Rays lose countless games when the opponent only scores two. The Rays offense has to chip in every now and again. Could they do it tonight against an ace like Freddy Garcia? You never know what the Rays hitters will do against a 88 mile-per-hour fireballer. Then again, you could always read the headline. Stupid headline.

If I was ordering tonight's offense at a fast food joint, I'd have ordered a BJ/DJ Combo with a Longo on the side. And a lemonade.

Desmond Jennings got the party started in the first when he worked back from a pitcher's count and coaxed a walk. He proceeded to steal second on a 2-0 pitch (a ball) and just beat the throw. B.J. Upton wasted no time in plating Jennings as he doubled on a solid grounder down the third base line on a 3-0 pitch to put the Rays on the board. Alex Rodriguez did not look athletic on the play. Ben Zobrist would move Upton to third on a grounder to second, but neither Evan Longoria or Matt Joyce could GTMI after they both K'd on some greasy Garcia splitters.

Longoria would make up for his miscue in the third when, after a Zobrist walk, he made a banana out of a split that hung right over the heart of the plate and crushed it to left for a two-run bomb to give the Rays the lead.

But, that wan't it for the big fly. In the fifth, Jennings and Upton hit back-to-back homers to lead off the inning. Jennings' was a lofty wall-scraper down the left field line that landed maybe in the first row before the cutout. BJ's was a 'Now I am become Death' destroyer-of-worlds blast to the deepest part of the park, just left of center. It was Gwen Stefani off the bat. As much of a wall-scraper as DJ's homer was, that's how much of a no-doubter BJ's was. 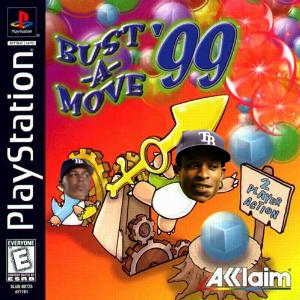