In 2012, Yunel Escobar walked far less than he ever had before. Why?

Although it's not the biggest move the Rays made this off-season, acquiring shortstop Yunel Escobar for middle infield prospect Derek Dietrich would have been cause for excitement in a less eventful winter. As with almost all Tampa Bay signings, Escobar comes with questions and a fair amount of risk. Two years ago, he was a 4 WAR player for Toronto. The year before and the year after, he was half that. His 2012 carries more red flags than his 2010 did, though. While Escobar has carried a walk rate of over 10% through most of his career, he only walked 6% of the time in 2012. The change was especially marked against right handed pitching, where Yunel walked at less than half of his normal rate. What happened?

On the most superficial level, he swung at more bad pitches. While Yunel's overall swing% wasn't that different than his career rates, he did offer at markedly more pitches out of the zone (29% compared to a 23% career rate according to BIS numbers from Fangraphs). Where were these bad pitches located? To take a look, I'm going to use Jeff Sullivan's excellent tool over at Baseball Heat Maps to compare 2012 to 2011. 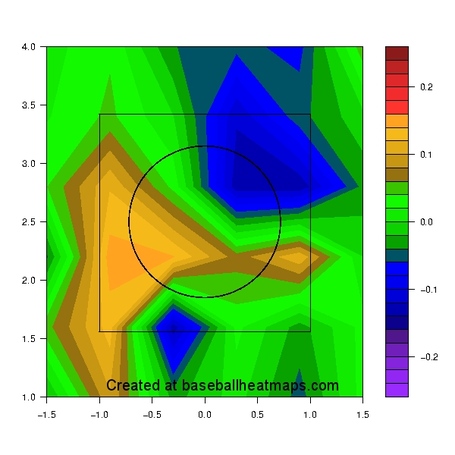 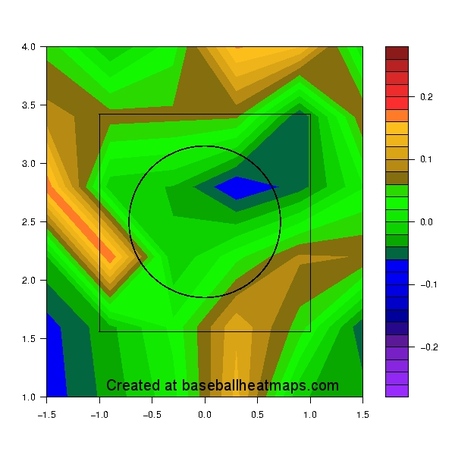 Against opposite handed pitching, you can see Escobar offering more at pitches down and in but taking more pitches up and away. His heat map against same handed pitching is more worrisome, as it shows, an overall increase in aggressiveness around all of the outside edges of the strike zone. That's not a small change in approach, that's a degradation in pitch selection across the board. Let's separate Escobar's performance against righties out by pitch type. 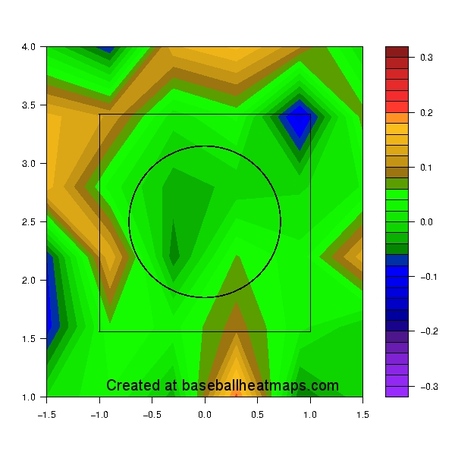 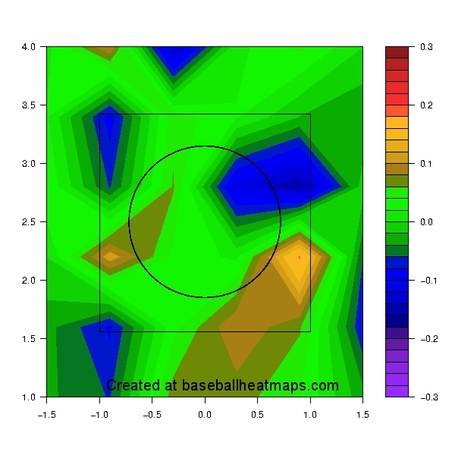 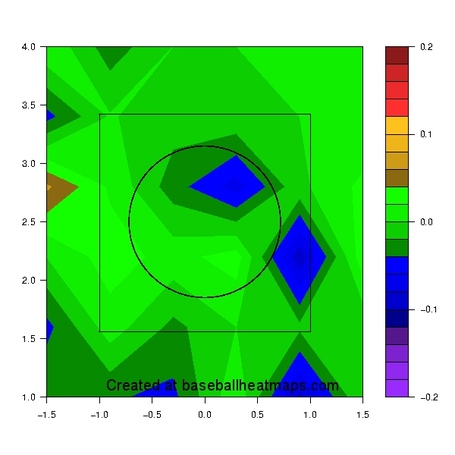 Well, that's interesting. Escobar swung at breaking balls and changeups at similar rates in 2012 and 2011. Almost all of his extra aggression came against fastballs on the edges. So what does that mean? Escobar is only 30, and I wouldn't expect him to start needing to cheat on the fastball, the way old sluggers often have to. If the change in approach was purposeful, though, it wasn't a good idea. Escobar walked less, posted a lower BABIP, and hit for less power. Bringing his walk rate back up to over 10% can't be as easy as telling Escobar to "chill out against same handed fastballs," or we'd all be hitting coaches, but that looks to be what Yunel needs to do.