Share All sharing options for: The Rays Tank: Interest in Delmon Young

For the love of St. Pete! What?

Marc Topkin of @tbtimes_rays & I both hear mutual interest between #Rays & Delmon Young. Marc joins me tonight on @987thefan . #MLB

At a minimum, the Rays need a few right handed bats to tackle southpaws, and maybe a dance partner for Matt Joyce in the lineup. The departure of B.J. Upton and Luke Scott leaves two holes in the roster, and Joyce is likely filling one of them, as opposed to his normal platoon with Ben Zobrist.

You're probably in one of two camps, believing Joyce has not had nearly enough opportunities against lefties, or believing he'll never have the stuff to be league average against LHP's. So far the Rays management has been in the latter mindset.

If the Rays don't want to start Joyce everyday with the current roster, they'll have Sam Fuld holding down center field, or at least another outfielder via sign or trade until Wil Myers is called up - but even if the Rays wanted to look elsewhere, it seems the market is stuck waiting for the Diamondbacks to move an outfielder before the other free agents fall into place.

If the Rays aren't after an Arizona outfielder (Adam Eaton, please), signing Delmon Young would be preempting the market, which may save a few bucks before other teams get desperate. The question is why Young?

Other than the "age" and "health" arguments, of the remaining "Designated Hitters" on the market, Young's strength is his ability to hit lefties.

Over the last two seasons, Young has also been trending upwards in LD% and ISO, with near 25% line drives and an ISO near .200 against LHP's. As long as you keep him off the grass, Young is certainly a serviceable DH against left handed pitchers.

However, this pipe-dream is only worth it if you think: a) Delmon Young would accept was a contract the Rays would give a DH platoon player, and would be content with only 200 PA's when he had over 600 last year with the Tigers, b) that I'm wrong and that Young is not a platoon player and could function as a full time DH, and/or c) that Young still hits like a prospect, and is therefore worth the money because he's only 27 and could still "peak."

Given the options left on the market (Travis Hafner, Carlos Lee, Luke Scott) I could be persuaded that Young is an everyday DH. After all, he need only be better than the Rays DH position was last year, when our offense was ranked 8th in the bigs.

Then again, it's Delmon Young: Useless on the bases, useless on the turf, a round figure, a horrible attitude, and walk rates barely above 3% - but he is also the only DH left that could boast favorable splits and health (Looking at you, Hafner), assuming he has fully recovered from ankle surgery last November.

More importantly, Andrew Friedman has agreed to his yearly interview with DRaysBay, and we would like to solicit questions from you, the readers.

If you have a question for the VP, comment below and it will be up for the editors' consideration. Be sure to post your questions before the afternoon. 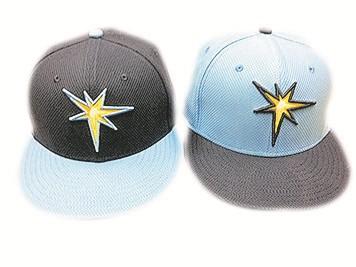 - On plate discipline, Sandy Kazmir has an excellent fanpost worth checking out.

- On stealing bases, Jeff Sullivan looks at Chris Archer's ability to run the base pads, and Matt Hunter wonders if teams should be trying to steal more often.

- If not for Mike Matheny's investments in real estate, he may never have returned to baseball.

- Fangraphs: Their top 15 prospects for the Rays, and the discovery that Stan Musial translated into today's statistical norms is still really impressive.