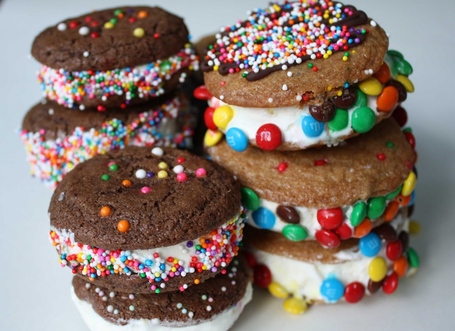 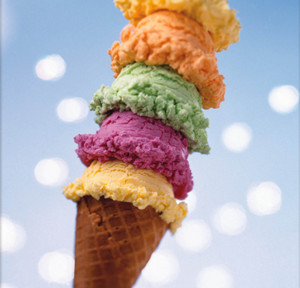 But last night, victory was as sweet as Lobey's postgame ice cream, courtesy of that walk off homer. Not to mention the guy in the Dan Johnson jersey right next to the tank; oh Great Pumpkin, you're with us always.

Jose's thoughts after all the commotion?

"If I keep hitting," he quipped, "I'm gonna get fat." Several moments later, he was standing in an empty clubhouse, wearing a Bob Marley t-shirt, and wondering why he didn't get 20 treats this time.

Also, that rumor of a Boston fan taking an actual devil ray for a postgame swim around the Trop? Apparently untrue.

For the full recap, with more substance than some delicious photos of ice cream, Gareth provided a detailed rundown with some valuable commentary.

After the Rays game ended, the Dodgers beat the Braves to clinch a spot in the NLCS, the franchise's first time since 2009, and an old pro took the time to embrace a young gun, inducing all sorts of baseball-is-the-best emotions:

And, to close things out...