Prior to his promotion, I highlighted my ten favorite home runs from Wil Myers's season at Triple-A Durham.

With the BBWAA's Rookie of the Year announcement due at 6:00 EST this evening, let's review the season's best longballs from Myers since his big league debut.

How about we start things right with a 2-for-1 special?

We've got a first pitch home run to the fake rocks in center field of Angels Stadium...

...and a two run blast to left, both off the poor victim Jared Weaver.

Which bat flip was better? Couldn't say, so these are tied.

Neither of those compare to this glorious bat flip, which may have been Myers's best this season:

It was the first of two home runs Myers would have off Hughes on the afternoon, but I'm feeling kinder than I should, so I'll spare Hughes and move on.

On a Sunday against San Francisco, Myers put on a show with this deep shot to the left field stands, and he did it for one of the largest crowds of the season: 34,078 in attendance.

I love this goofy first step toward first base:

The two-run blast gave the Rays some life after a tiring extra innings affair the night before, and ignited the crowd as Tampa Bay took the series from the Giants.

Look at this quick swing!

After a day off to nurse a sore wrist, Joe Maddon put Myers in the clean up spot, and he greeted his first pitch hungerly.

It would be his second shortest in distance traveled, but this wasn't all Monster, it would have gone out in nine major league parks.

Welcome to Myers's tallest home run of the season: 132 feet at the apex.

Coming off six straight losses, the Rays had lost eight of ten and were hurting for a win. Here, Myers delivered two much needed runs en route to a 5-4 win over Seattle.

By now I should have mentioned he doesn't wear gloves. 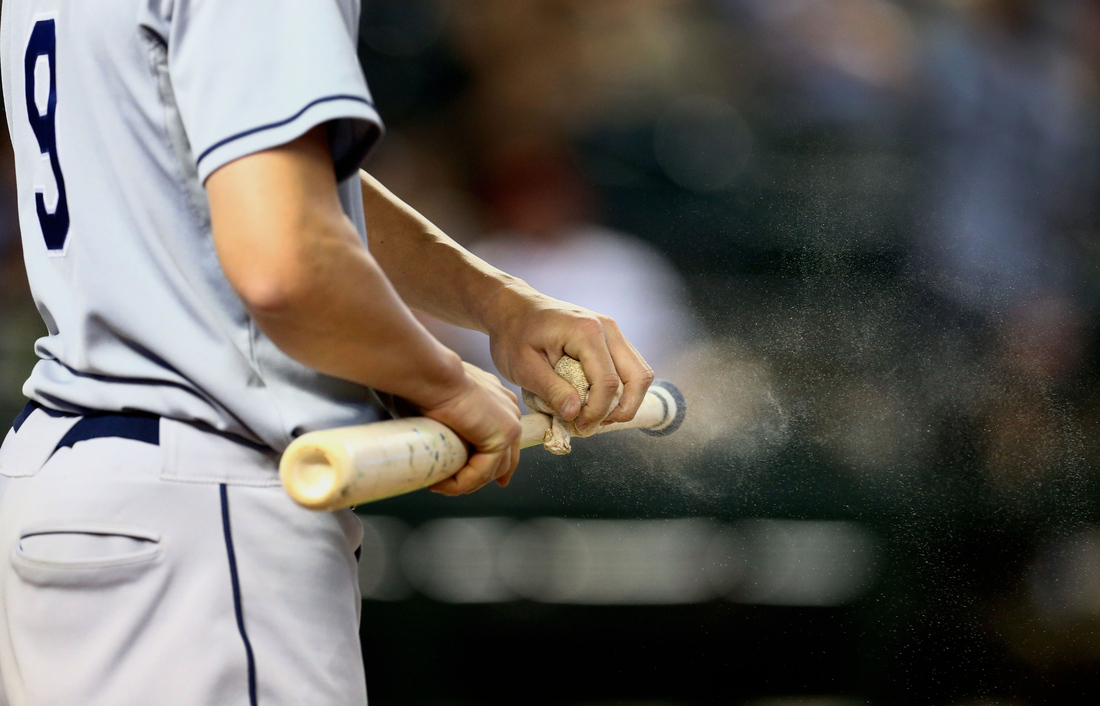 You want to see prodigious power? This is it.

"Deep down the right side! GONE!"

One of my favorite aspects to Myers's power is the fact he hits to all fields, and in this case, he hooked it into Dan Johnson territory off Matt Garza in his trip to Tropicana Field after the Rangers-Cubs trade.

It was the closes homerun of Myers's to being a foul ball, but it placed this high in my rankings because the sound off the bat is glorious.

It would be Myers's final home run of the season, and also his shortest in distance.

This may have been Myers's strangest home run of the season. Starting the swing with his leg back and facing the leading Cy Young candidate Max Scherzer, the rookie absolutely clobbered a slider that hung too high to give the Rays two runs.

It was Myers's strongest hit longball on the season at 110.7 MPH off the bat, his most pulled at a 122 degree horizontal angle, and it completely caught Dewayne Staats by surprise.

Wil Myers's first career home run came on a flyball shot to the wall in right-center field, and bounced off Brett Gardner's outstretched glove above the fence and into the stands for a Grand Slam and a Rays lead.

Thanks, right field porch! Yankee Stadium is literally the only park that clears the fence.

Watch carefully for the side-armed bat toss as the camera zooms out at the 0:26 mark.

Not bad for your first longball.

This one gives me shivers.

It was everything you could have wanted it to be, and was even old enough to feature the foot in the back of the batter's box, as we saw in No. 3.

Watch again, and keep an eye out for our own Stephanie Katz holding the #WilVille sign at the 0:24 mark!

And then go watch all these again.

More Myers! Wil the Thrill: Rookie of the Year Candidate

Honorable mention: This line drive in Rogers Centre that lightly sailed into the outfield bullpen. It had everything you wanted: opposite field, strongly hit, smooth swing. It just isn't as lively on video, so here it is as my 11th favorite.

Myers would hit 13 on the season, over 88 regular season games.