Who is Mark Lowe?

Over the weekend, ESPN's Jerry Crasnick reported that the Rays had signed 30-year old relief pitcher Mark Lowe to a Minor League deal.

Lowe is a hard-throwing right-hander who previously had a 95+ MPH fastball, in two-seam and four-seam fashion, but only touched 94 during the regular season this year; however, Lowe was pushing toward 100 MPH in 2011, and he was throwing above 95 in spring training just last March.

He has a slider that rolls in about ten miles slower than his fastball, with surprisingly little movement and a mess of spin rates. It needs cleaned up.

Lowe also has a change up that has been rarely used. Currently it has movement nearly identical to his fastball, though we're dealing with a sample size of ~80 pitches. In 2011 the change had more bite, but there's no reason to think there isn't a whiff worthy pitch to be salvaged.

You might remember Mark Lowe as the pitcher who allowed David Freese to smack the climactic walk-off home run in Game 6 of the 2011 World Series. The Rangers were one win from taking the title themselves, but allowed runs in the eighth, ninth, tenth, and eleventh innings -- the final frame featuring Lowe -- followed by a rout in Game 7 that gave St. Louis the title.

No contract details have emerged at this time. Lowe chose the Dodgers last February, favoring a Minor League contract that held incentives at $1.5M and $2.1M for reaching and then performing well at the Major League level. 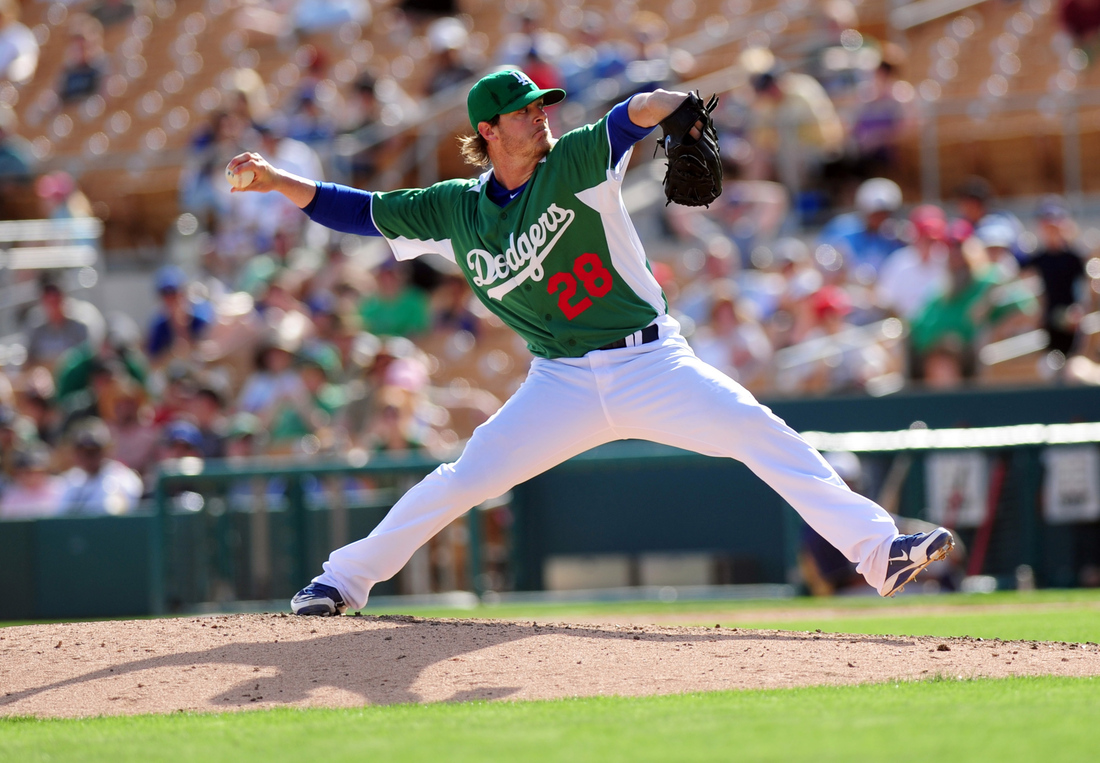 According to Marc Topkin, the Rays made a sincere effort to acquire Lowe last offseason before he was signed by the Dodgers. He would be released by the team before the season began and joined the Angels for eleven games, until an uninspiring performance saw him released again. He finished the year with the Nationals' Triple-A affiliate, striking out nearly thirty percent of batters faced, and choosing not to opt out of his contract until early September.

Steamer projects Lowe to a 21.6% strikeout rate and a career average 10% walk rate next season, both slightly off from where you'd want them to be, but there's reason to be optimistic. The Rays were able to land Lowe quite early this offseason, so if there is work to be done by Hickey and co., there will be plenty of time.

Lowe has an invitation to Spring Training and stands a decent chance to slot into the Rays relief core as next season's ROOGY. Over his career of 274.1 innings, Lowe has a .289 wOBA vRHH, comparable to a .375 wOBA vLHH. Handedness projects to be his advantage.