The late addition to the Futures Game roster in July is one of four additions to the 40 man roster.

Share All sharing options for: Riefenhauser among four Rays added to 40 man roster

Per Marc Topkin, the Rays have added four players to the 40 man roster: Infielder Vince Belnome, right-handed pitchers Jesse Hahn and Kirby Yates and left-handed pitcher C.J. Riefenhauser will be headed to big league spring training with the Rays. The 40 man roster now stands at 37 in advance of next month's Rule 5 draft. All four players would have been eligible to be taken had they not been protected.

Belnome, 25, was acquired last winter from the Padres for minor league reliever Chris Rearick. He was once a top 30 prospect in the San Diego organization, but injuries limited him to just 162 games over the last two years. With Durham in 2013, Belnome hit for a .300 average with a .408 on-base percentage and .446 slugging percentage. He had 46 extra base hits with a 15.8% walk rate and 20.5% strikeout rate. Belnome spent time at third and second base with the Bulls, but most of his time came at first base, his best fit defensively. He is currently 2-for-17 with seven walks in six Dominican Winter League games this fall.

Hahn, 24, didn't make his pro debut until two years after he was drafted in 2010. The results on the field have been worth the wait though. In 67 innings with Class A-Advanced Charlotte, he had a 2.15 ERA and 1.09 WHIP with a 22.9% strikeout rate and 6.5% walk rate. The Rays have been cautious with his workload since he had elbow surgery in 2010, but he still spent a month on the disabled list late in the season with arm soreness. Hahn throws two fastballs in the mid-90's, including a two-seamer used to generate plenty of ground balls. His breaking ball and changeup both show promise. His ceiling is high whether it comes as a starter or reliever. 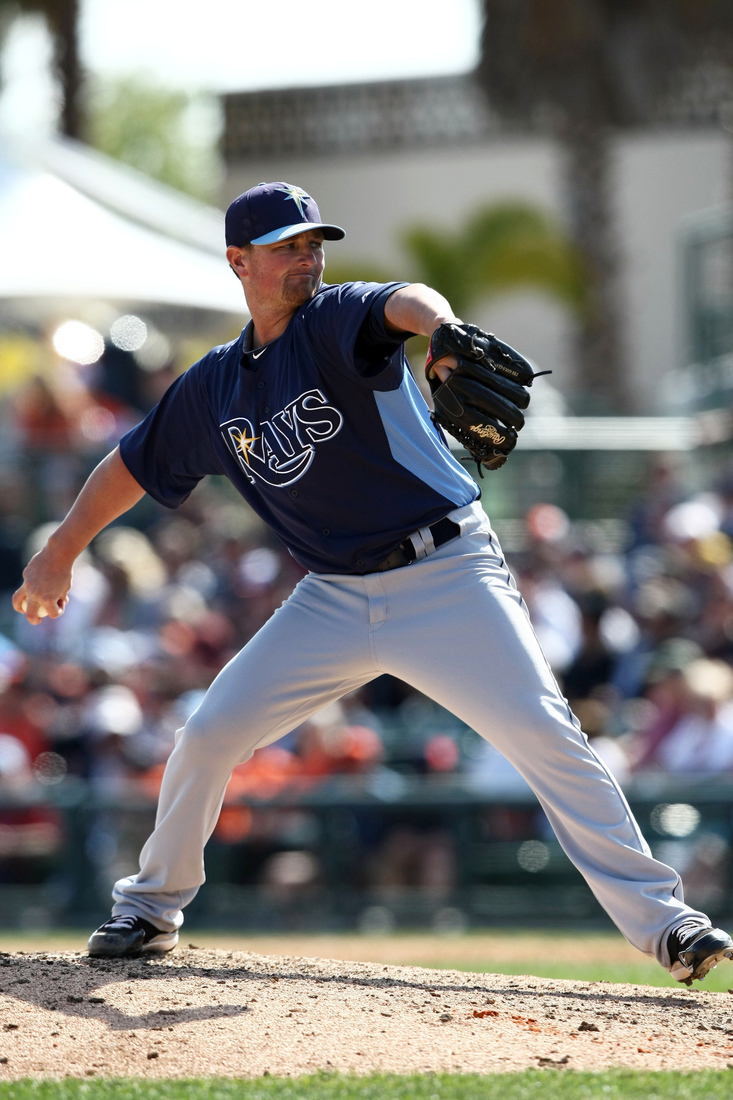 Riefenhauser, 23, was added to the U.S. Futures Game roster when Taylor Guerrieri was scratched with his elbow injury. He reached Durham in 2013, his first season as a full-time reliever. It was his best year with a 1.22 ERA and 0.83 WHIP along with a 25.1% strikeout rate and 6.8% walk rate in 73.2 innings between Montgomery and Durham. In the Futures Game, he threw six pitches: a fastball that averaged just over 92 MPH and a curveball. Lefties were limited to a .365 OPS against Riefenhauser.