What does recent history tell us about a possible David Price trade?

So far in our creation of hypothetical David Price trades, we have relied primarily on basic guesswork to determine what the Rays should fetch in return for their prized ace.

While we have used the James Shields and R.A. Dickey trades as frameworks for a potential Price trade, no one to my knowledge has actually extensively explored the returns starting pitchers yield on the trade market. Considering that a Price trade may (should) be the highlight of the offseason in the Rays universe, I thought it worthwhile to take an investigative search into trades involving starting pitchers.

Before I disclose the actual findings, I want to take a moment to discuss surplus value.

The BusinessDictionary.com defines surplus value as the "difference between a worker's wages (exchange value) and the value of goods and services he or she produces (use value)."

Thus, we can determine a baseball player's surplus value by finding the value they are projected to produce (WAR * $/WAR) and subtracting their salary. Because of its obvious value, surplus value is used frequently in baseball conversations, whether it is in discussing contracts or even the value of prospects.

(Unfortunately, surplus value is often mistaken for value, which is an error I will discuss more in depth later on...) 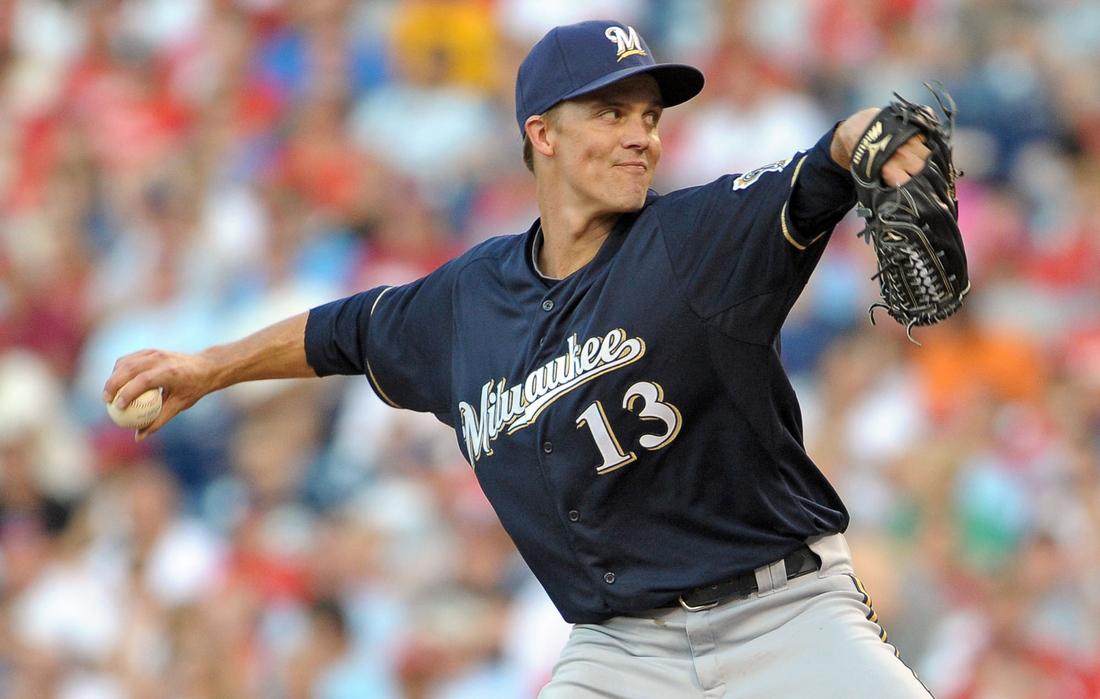 In order to ascertain how starting pitching trades work, I looked at all trades involving starting pitchers from 11/01/2010 through 11/01/2013 -- a three year time period. Altogether, there were 53 such trades found through MLBTR's Transaction Tracker. From there, I determined the amount of surplus value the pitcher (and pieces sent alongside him, if that was the case) at the time of the trade, and determined how much surplus value came in the return.

For Major League players, I approximated surplus value based on the players' WAR during the past three years (using a 50-30-20 weight, with occasional adjustments), and how much they would make -- either with a contract or estimations using a 30-50-70 arbitration rate (in which players are paid 30%, 50%, and 70% of their value during arbitration).

For Minor League players, I approximated the surplus value based on my own prospect surplus values work and Victor Wang's research. All approximates were scaled on a dollar-per-WAR rate of $5 million for side by side comparisons.

Since there are other factors to consider in some of the trades (is the player injured, trending down, etc.), this is not an extremely precise measurement. There will be flaws, but I am confident that I have kept them to a manageable level. 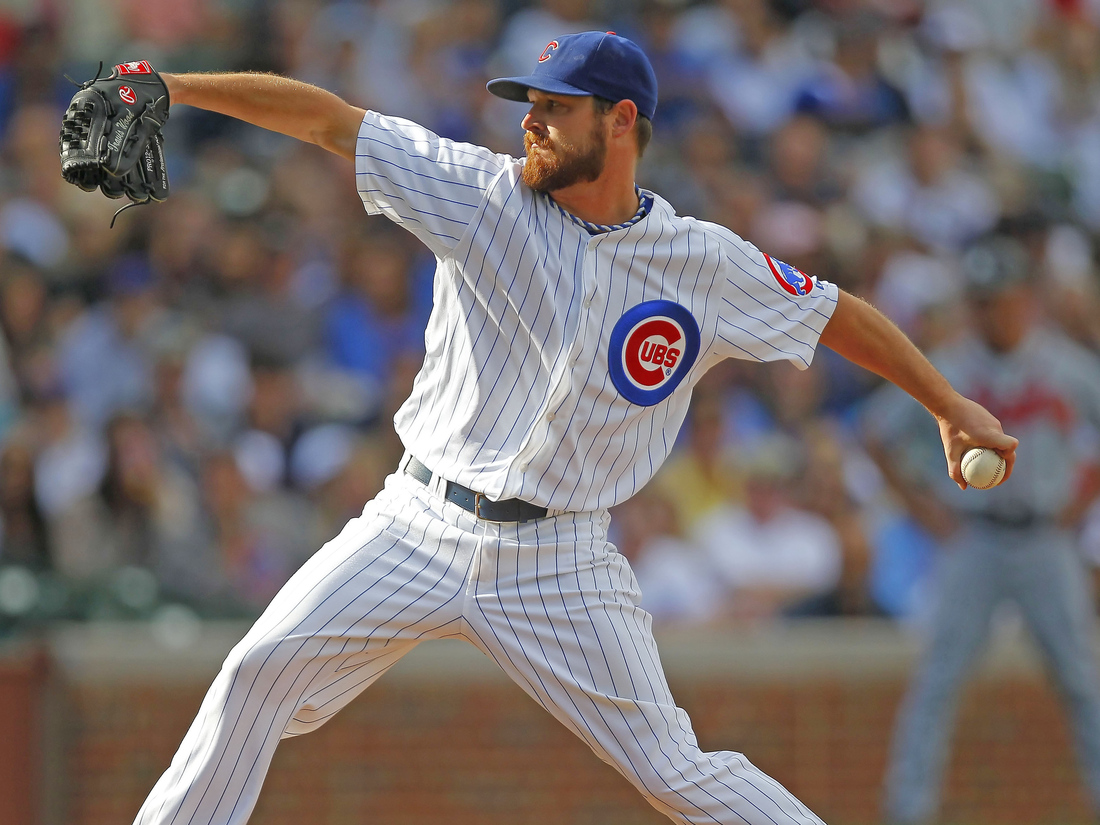 Pitcher is the (main) pitcher involved in the trade. Sometimes pitchers are traded with additional pieces, and they are accounted for; very rarely is the starting pitcher not the main piece (the Josh Beckett, Carl Crawford, and Adrian Gonzalez trade is a rare exception).

Team is the acquiring team.

A few things to think about... 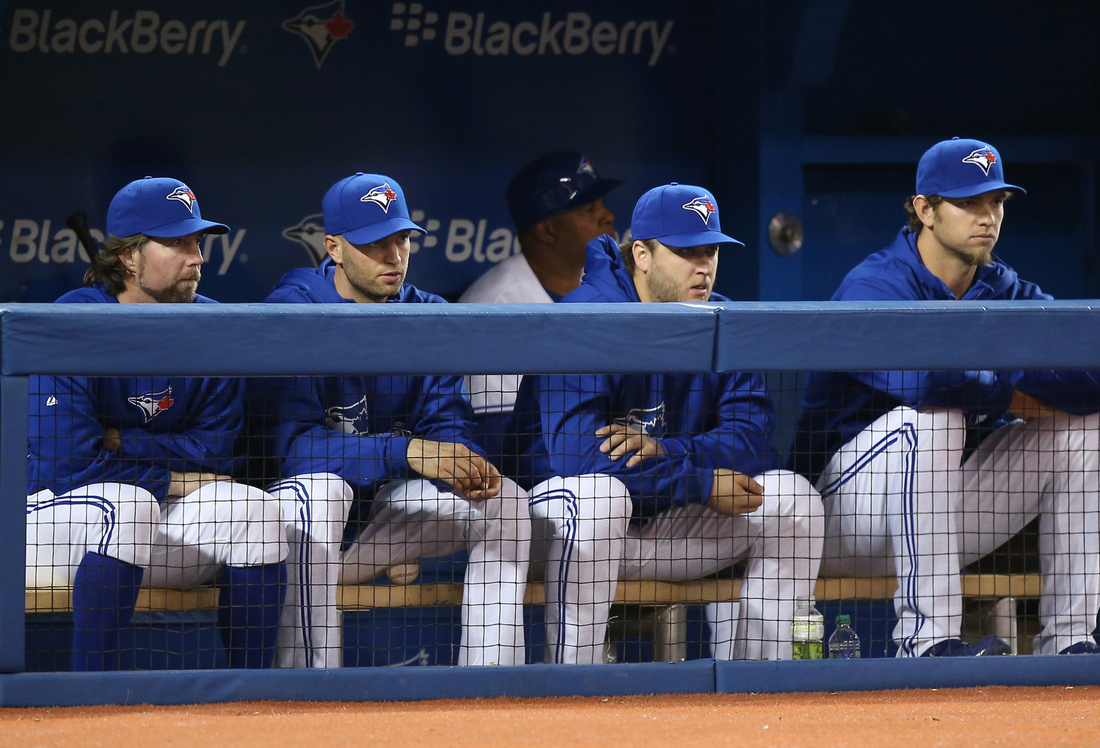 The numbers presented above support the notion that teams are willing to overpay for starting pitchers. This isn't exactly a novel thought, but it is reassuring.

Just for a second, take a glance at the names of the pitchers at the bottom of the table. It should be immediately obvious that these are heralded and well-known names. Matt Garza, Zack Greinke, James Shields, R.A. Dickey, Gio Gonzalez, etc. are all top of the rotation starters. Next, look at the teams that acquired these players. For the most part, these were teams that saw themselves on the brink of competing, and wanted an extra push to help make the playoffs a reality.

What does this tell us? It shows that teams who need to add more quality starting pitching are willing to give up a significant amount of value in prospects and young players in order to tack on a few extra wins.

I believe the evidence presented above should cause us to view these trades in a whole new perspective. While surplus value isn't meaningless, it does not do very much to predict or judge a trade. It seems that when teams acquire very good players (including starting pitchers), they view these players in terms of how many wins they are bringing to the team instead of how much surplus value they have. Teams are willing to give up prospects and pay a high salary, perhaps one more than what the player is worth, in order to add the extra few wins.

Does it really matter if the player is costing them $10 million per win if they end up making the playoffs? Both the Dodgers' and Blue Jays' blockbuster trades during the past two years illustrate this point. When the Dodgers traded for Josh Beckett, Carl Crawford, and Adrian Gonzalez (the Nick Punto trade) in the summer of 2012, they added three prominent players who were collectively paid about $38 million in contracts more than they were actually worth, even when including the cash Boston sent. In addition, they gave up a few players of value (Ruby de la Rosa)!

The Dodgers added three players whose contracts gave them negative surplus value. Then, this year, we saw the Dodgers make the playoffs with Gonzalez and Crawford making solid contributions. From the Dodgers perspective, the dollars mattered far less than adding the wins.

In the Blue Jays case, Toronto received a package of players who were collectively a little more valuable than their contracts, but they gave up an enormous amount in surplus value (about $85 million, of which Yunel Escobar was part of). While they didn't make the playoffs this year due to a rash of injuries, they assembled a team that was favored to win the AL East.

The whole general point I am trying to get at is that we should probably change the way we evaluate trades involving good starting pitchers (or really just good players in general).

As fans of a team that is handicapped by a small budget, we become so obsessed with the idea of getting the highest win-per-dollar rate. What we often forget is that the goal for teams is not to win that race, but to gather the highest amount of wins.

For teams that have more money to spend and perhaps a smaller obvious window of opportunity, the need to add wins trumps the need to get the most out of their dollar -- the Yankees would gladly pay an extra $20 million for win #91 if that is the one that gets them into the playoffs -- but for the Rays, those two goals go hand in hand.

How This Relates To David Price 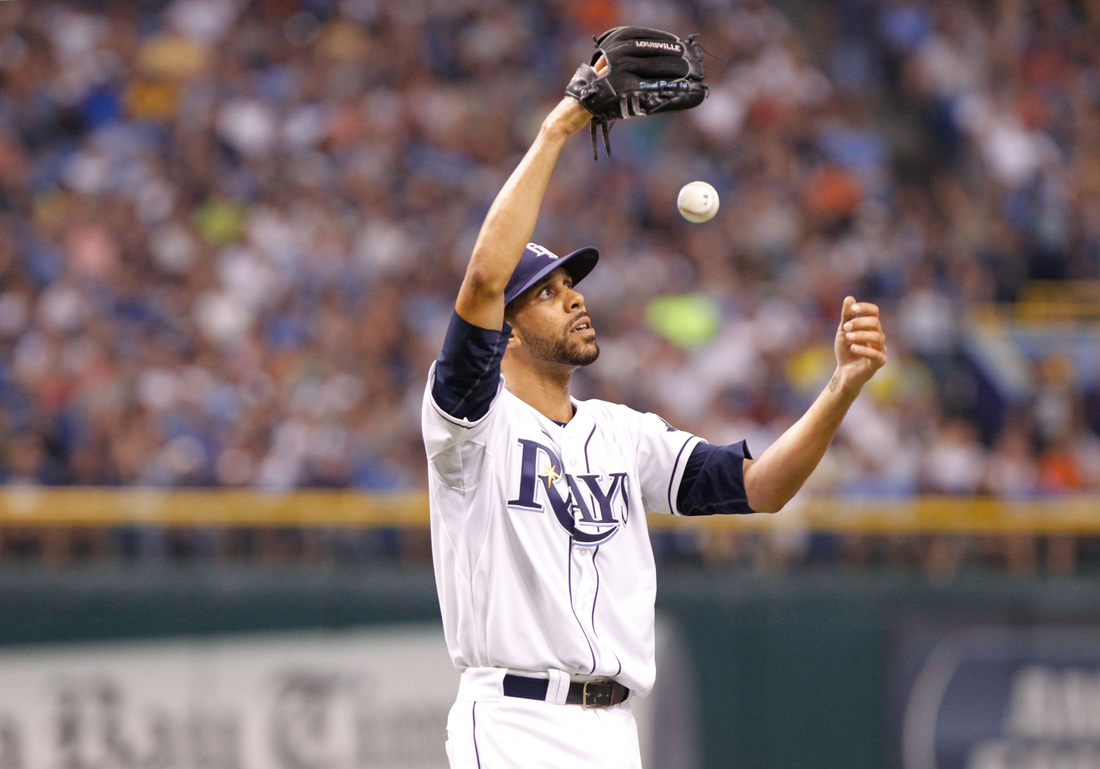 Given the desire for many teams to acquire a top of the rotation starter, David Price should be a very attractive trade option this winter.

You may think that David Price is not so great of an option because he should get paid about $35 million over the next two years -- a surplus value of only about $25-30 million -- but remember, this isn't exactly what the most interested teams (such as the Dodgers) are looking at. When they see David Price, they see an extra 4-5 wins over their 5th starter and an ace who can help them in the playoffs. The question here is how much teams are willing to pay for those extra 4-5 wins.

For two years of James Shields (who was probably a slightly lesser pitcher than Price is today), the Royals were willing to give up about $85 million in surplus value.

For a couple of months of Matt Garza, the Rangers gave up about $25 million in surplus value.

The Tigers paid the hefty sum of about $35 million in return for a few months of Anibel Sanchez while the going rate for three years of Gio Gonzalez was about $58 million.

Some people have used the James Shields return as the framework for a Price deal, and I think that is about right. Anywhere from about $75-100 million in return for two years of Price appears to be about the correct price.

For those curious about a Los Angeles Dodgers trade, Joc Pederson, Corey Seager, Zach Lee, Julio Urias, and Chris Reed is worth about $91 million in surplus value. If you would like me to estimate the surplus value of prospect packages, assemble one in the comments and I'll try my best.

Of course, it is important that we must realize not every team is willing to pay that mammoth price for Price, nor should they. For some teams, adding an extra four to five wins at that exuberant price just does not make sense.

The following four factors should help us give an idea of who will pay the price for Price:

Out of all the teams we have discussed so far, the Dodgers strike me as the team that meets that criteria the most closely. 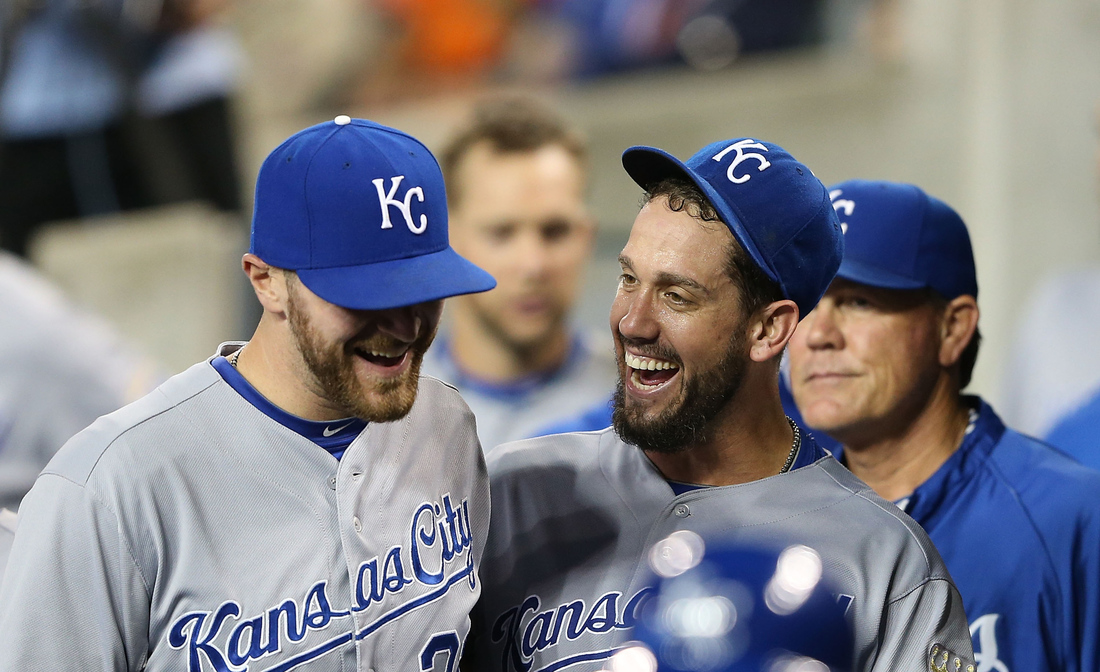