Update: the Rays have extended DeJesus on a three year deal.

Share All sharing options for: The David DeJesus Decision

Yesterday, the Rays picked up the contract options on shortstop Yunel Escobar and second baseman Ben Zobrist -- each of whom were finalists for gold gloves this season, and ranked in the top five for wins above replacement at their position.

This evening, the Rays face a more difficult decision.

Andrew Friedman was able to acquire David DeJesus near the trade deadline this season to great results. DeJesus immediately stopped the revolving door in left field with quality defense, solved the long portion of the platoon at leadoff in the line up (shared with right handed Desmond Jennings), and became an instant clubhouse personality.

His contract came with a $6.5M option for 2014, which could be declined in lieu of a $1.5M buyout. Treating the buyout as a sunk cost, the Rays must decide by midnight tonight whether DeJesus's production next season is worth a cool five million.

The Rays have until sometime this evening to pick up or decline DeJesus's option, and the decision to wait this long may be associated with the hot stove. DeJesus was traded twice last season, and his contract may be worthwhile to another team as well.

Speculation is that the Rays may prefer to trade his contract prior to the necessity of a buyout. 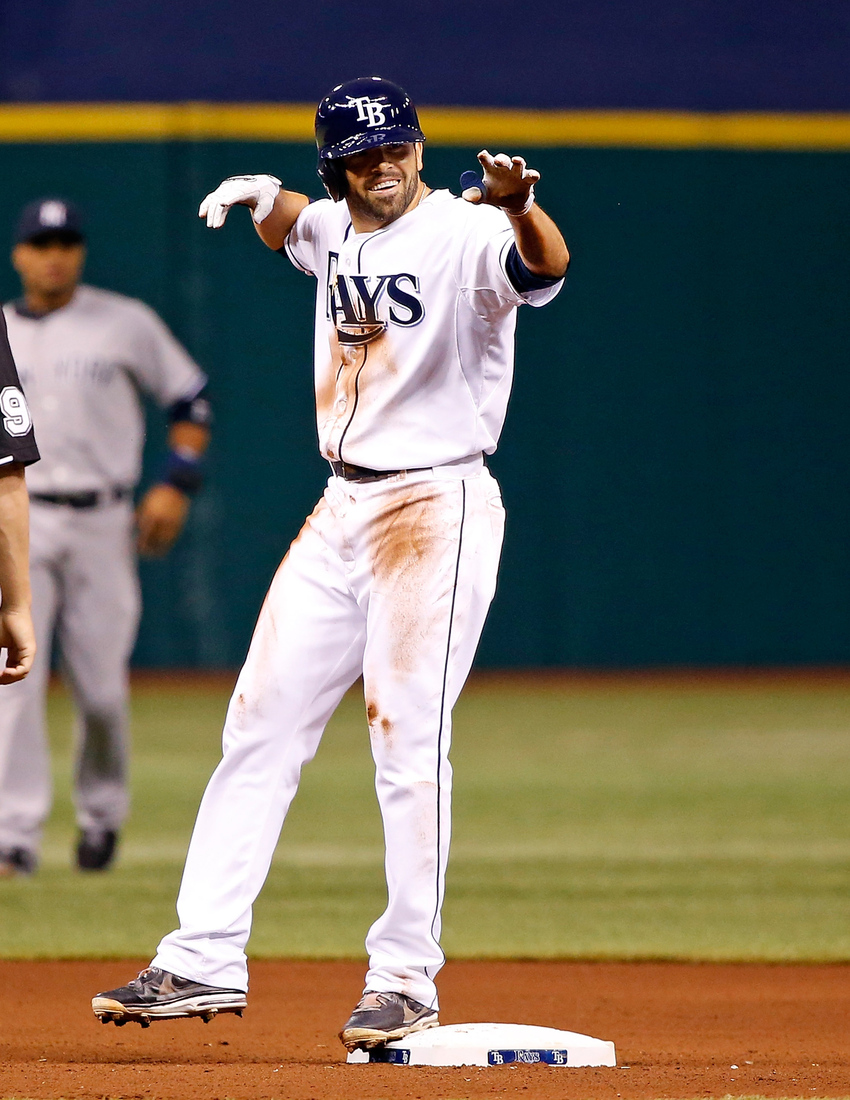 Using DeJesus properly is the key.

Cameron found that while DeJesus was a year older, he was the better defender with a comparable (if not slightly better) batting line, all while available at half the cost. Rios contributed a .330 wOBA and 103 wRC+ last season, all at the cost of $13M.

The left handed DeJesus batted a .341 wOBA and 114 wRC+ against right handed pitching last season, and the expectation is that he would continue to be platooned in left field for the Rays in 2014; furthermore, he would be the first player off the bench late in games for pitching match ups. With that level of playing time, he should be able to reach at least 500 plate appearances and should be able to repeat his 2 WAR level of production.

Even if the Rays think they can find something better in left field next season, perhaps via another trade or through free agency, it will still be worthwhile to exercise DeJesus's option. The Rays are not a team to make a trade hastily or for less than the value they'd prefer, and his value as a role player will not decline if they have to wait until later this winter to make a deal. 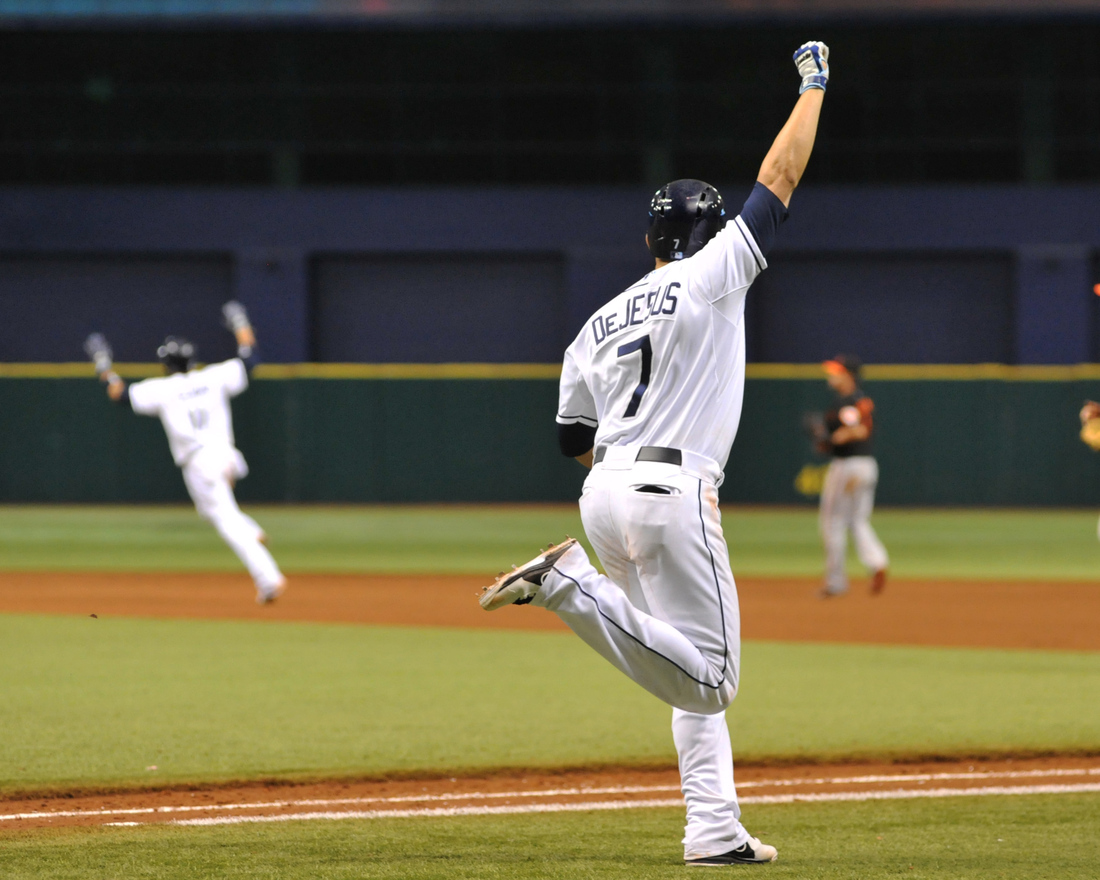 We will update this article when news breaks on DeJesus's option.

We now know the reason for the delay. According to Marc Topkin, the Rays are not only set to pick up the option for David DeJesus, but are in talks for a multi-year deal (via twitter).

Marc Topkin has confirmed DeJesus has a three year deal to remain in Tampa Bay, overriding his 2014 option with two years guaranteed, and a team option for 2016 (via twitter).

Tomorrow, the only remaining option to be decided will be for former Marlins closer Juan Carlos Oviedo (formerly known as Leo Nuñez), who is recovering from Tommy John surgery. He has a $2M option with a $30K buyout, which must be decided tomorrow by midnight, according to Roger Mooney. Oviedo was signed to a minor league contract in 2013 and was originally expected to pitch in September, but that never came to pass.