The case against David DeJesus

Should David DeJesus's option have been picked up?

Share All sharing options for: The case against David DeJesus

Unless the Rays intend to trade David DeJesus, picking up his option was an extremely strange move for the Rays. DeJesus may seem like a solid platoon player, but a closer look reveals that his value is overstated. Since everyone knows that DeJesus isn't going to face left handed pitching, it would be a waste of time to detail his considerable struggles in that area.

First, consider the cost: Six and a half million dollars for a platoon player?

It's worth noting that it is pointless to consider the buyout as a cost of not retaining DeJesus's services, as that cost became a sunk cost when the Rays acquired DeJesus. The Rays need to decide on a partner for DeJesus, a player who will increase the real cost of the DeJesus contract.

The opportunity cost of the signing is not five million dollars in lost payroll, but a decrease in the Rays' flexibility in upgrading and retooling other areas of the roster. The Rays are now dedicated to carrying two role players for one position. Not only this offseason, but for years to come: two years guaranteed, and another year's option.

David DeJesus is an extremely limited player, with limitations that extend beyond his inability to hit left handed pitching. His ability to grade out averagely defensive is doubtful by the readily available metrics, as he racked up a lackluster -3 Defensive Runs Saved in his time with the Rays at the end of last season.

In terms of WAR, his entire offensive contribution was offset by his defensive "shortcomings" during his time with the Rays. Granted, it is unlikely that he would be that bad for an entire season and he did manage to post a 1.5 total WAR with his three teams last season.

Perhaps the fact that he played for three teams contributed to his struggles, but it seems unlikely that he will bounce back in a significant way in 2014, or exceed two wins in value. 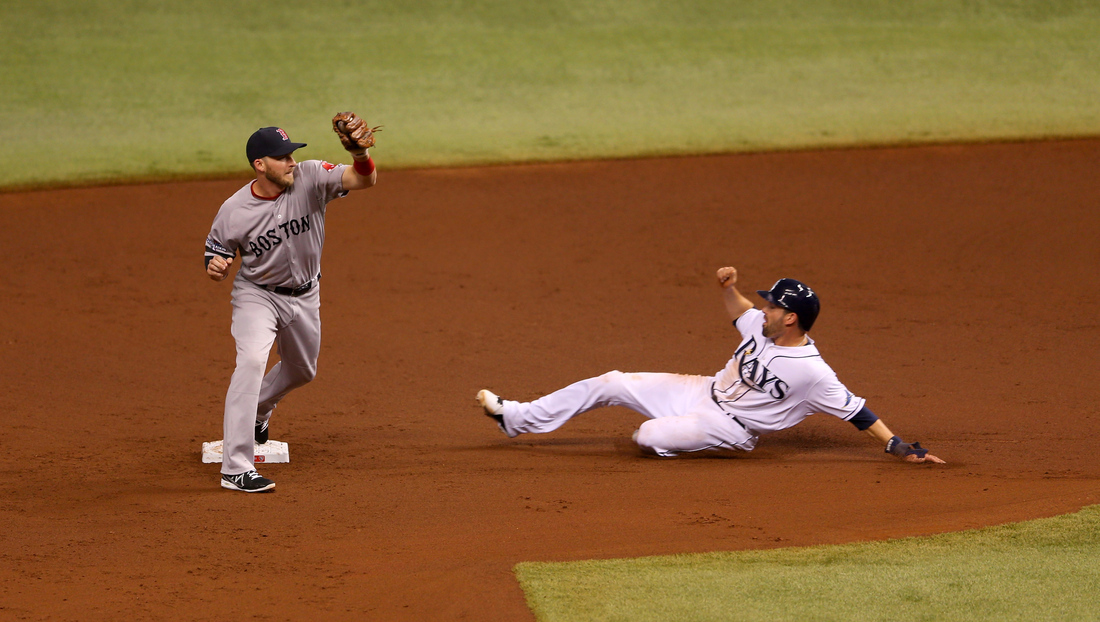 While DeJesus struggles in the field may be a mirage, his baserunning is a true liability.

For his 11 year career, DeJesus has attempted 120 stolen bases, converting on only 63 of those attempts. He has total -5 Runs From Baserunning for his career, indicating that this is an area of his game that he has struggled with for his entire career and is unlikely to improve now. Although the Rays have recently run circles around opponents, baserunning was an area that the Rays went into the offseason looking to improve.

The Case for David DeJesus 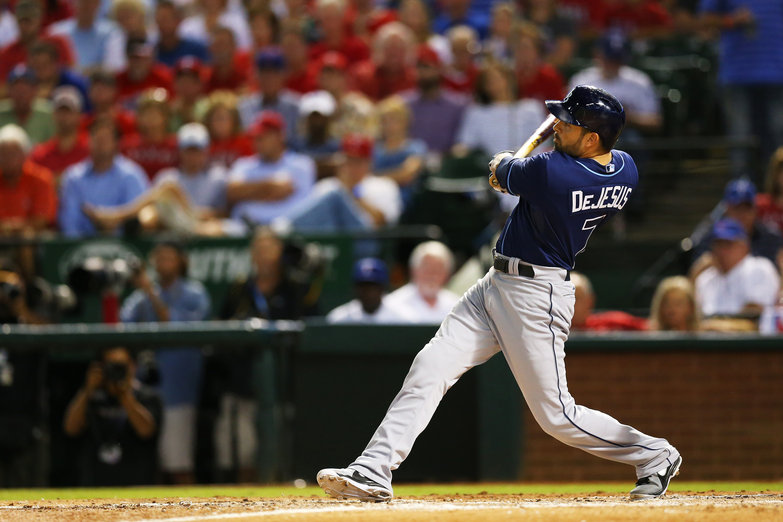 Including his platoon partner, the Rays now have a 2.3 WAR left-fielder.

Picking up DeJesus does not help team speed and may discourage quick free agents like Rajai Davis or Nate McLouth from signing into a suddenly crowded outfield. Additionally, spelling Desmond Jennings with DeJesus will rob the Rays of their only threat on the base-paths.

It's also unlikely to expect improvement from DeJesus as he falls on the wrong side on the aging curve. He's 34 right now and will be 37 at the end of three years, the full length of his contract. It's not reasonable to expect improvements in either his defense or baserunning at this stage of his career.

As nice as 2.3 WAR from the DeJesus and Rodriguez (or his replacement) sounds, I'm not optimistic of the feasibility of this projection. I remain hopeful that DeJesus can rebound on defense (and possibly be average on the bases, after all, he isn't slow) and contribute at a high level over the next several years.