Is Alex Cobb the Rays ace?

Alex Cobb might have flown under the radar in 2013, but the 26 year-old hurler had an excellent season. It's time for David Price to pass the torch; Alex Cobb is the true Rays ace.

Share All sharing options for: Is Alex Cobb the Rays ace?

Alex Cobb had an excellent 2013 season. While he was limited to 22 starts and 143.1 innings due to a line drive off the bat of Eric Hosmer, he led the Rays in ERA and strikeout rate. He made two more starts in the postseason, throwing 6.2 shutout innings against the Cleveland Indians in the Wild Card game, and throwing five innings against the Boston Red Sox, allowing two runs in a no-decision.

Of the 107 starters that threw at least 140 innings in 2013, Cobb's 76 xFIP- was tied for 8th with Clayton Kershaw. Just ahead of him were Chris Sale and Anibal Sanchez. His ERA- of 73 was 9th in the majors, just behind Max Scherzer and a shade ahead of Sale.

Though 2013 was a breakout season for Cobb, he's been very strong since he entered the big leagues in 2011. He possesses a career xFIP- of 83, which is tied with bona fide aces such as Justin Verlander and Scherzer.

Cobb doesn't possess the fastball that Price or other ace pitchers do. He averaged 91 miles per hour with his fastball, compared to the 93.5 Price averaged in 2013 (down from 95.5 the previous year). Unlike Price, who throws his fastball or cutter on over 70 percent of his pitches, Cobb throws a fastball on less than 50 percent of his pitches, relying heavily on a splitter and curveball. 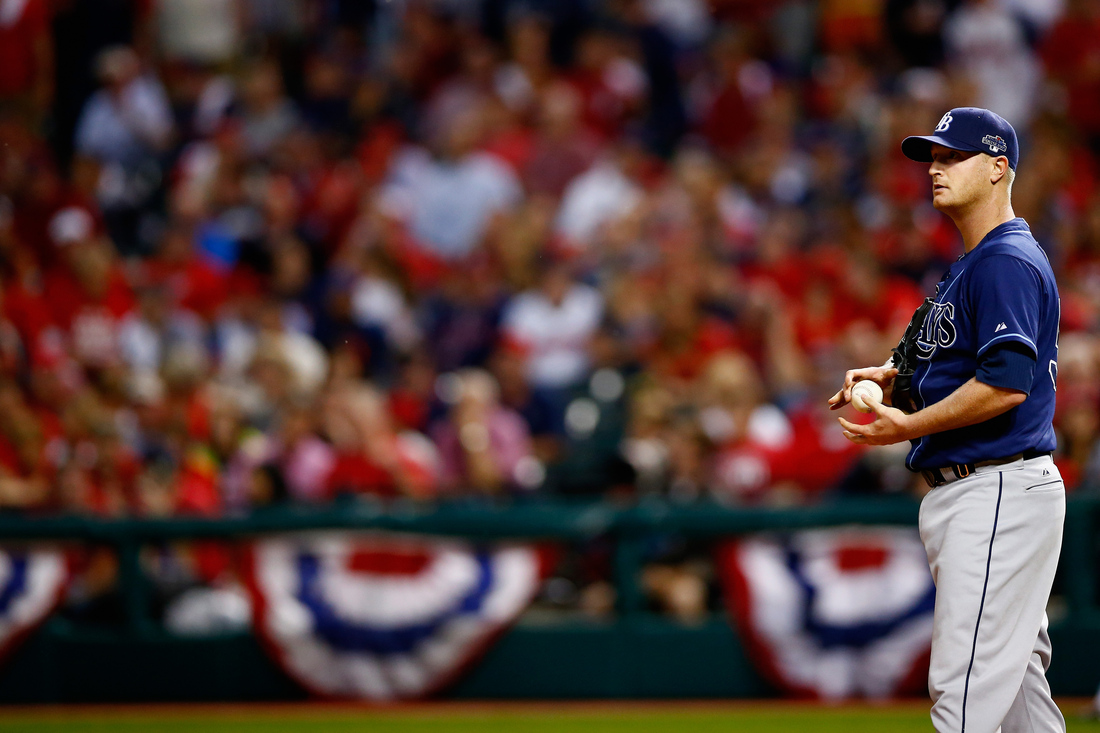 Still, Cobb's splitter might be that elite chase pitch. It's O-Zone Swing percentage of 51.8 percent is higher than King Felix's changeup or Wainwright's curveball. His career walk rate of 7.7 percent isn't on their level, but he's been able to generate a superior groundball rate. Since 2011, only four starters have a higher groundball rate than Cobb's 56.7 percent.

That's a pretty good group of pitchers, and Cobb is right in the middle of them. Notice that the pitcher right next to Cobb on this chart is James Shields. Cobb has a higher walk rate than Shields' 5.8 percent career mark, and time will tell if he has the same durability, but he gets more groundballs and as a consequence, allows fewer home runs.

There are some other similarities between Cobb and Shields. Neither has an overpowering fastball, and they each rely heavily on secondary stuff. Shields loves his changeup and cutter, both of which are excellent pitches, and Cobb has the aforementioned splitter and curveball.

Cobb isn't a typical ace, and his inability to miss bats in the zone might limit his future performance, but signs point to him being a very solid pitcher.

If the Rays do indeed trade away Price this offseason, getting more innings from Cobb should soften the blow. After all, Cobb was the better pitcher in 2013. Here's a table comparing their performances.

Cobb has a convincing edge in every category except for walk rate. It's not just 2013 either. While Cobb hasn't thrown as many innings, their numbers over the previous three years are quite similar.

Going forward, Steamer has very similar projections for Price and Cobb in 2014.

Pretty encouraging, isn't it? Even if Price wears a Rays uniform in 2014, he might not be their best pitcher.