The Rays opened the off-season with two catchers on the 40-man roster that were out of options and could refuse a minor league assignment next year: Jose Lobaton and Chris Gimenez. Tampa Bay then proceeded to re-sign Jose Molina and acquire Ryan Hanigan, with both players accepting multi-year deals.

Losing Lobaton and Gimenez at some point this winter was a given, but the timing for one of these players is surprising. The 40-man roster stood at 39 when the Rays sent Gimenez through waivers yesterday, and he was promptly claimed by the Oakland Athletics, who waived a player to make room for the utility catcher.

Gimenez would need to have passed through waivers and accept an assignment back to Triple-A Durham to remain with the organization. Gimenez was the primary catcher for the Governor's Cup Champion Durham Bulls, and often played the infield.

Marc Topkin reports Gimenez is a California native and grew up a fan of the Oakland athletics. He called his claim by Oakland "a childhood dream" and "an awesome early Christmas present." 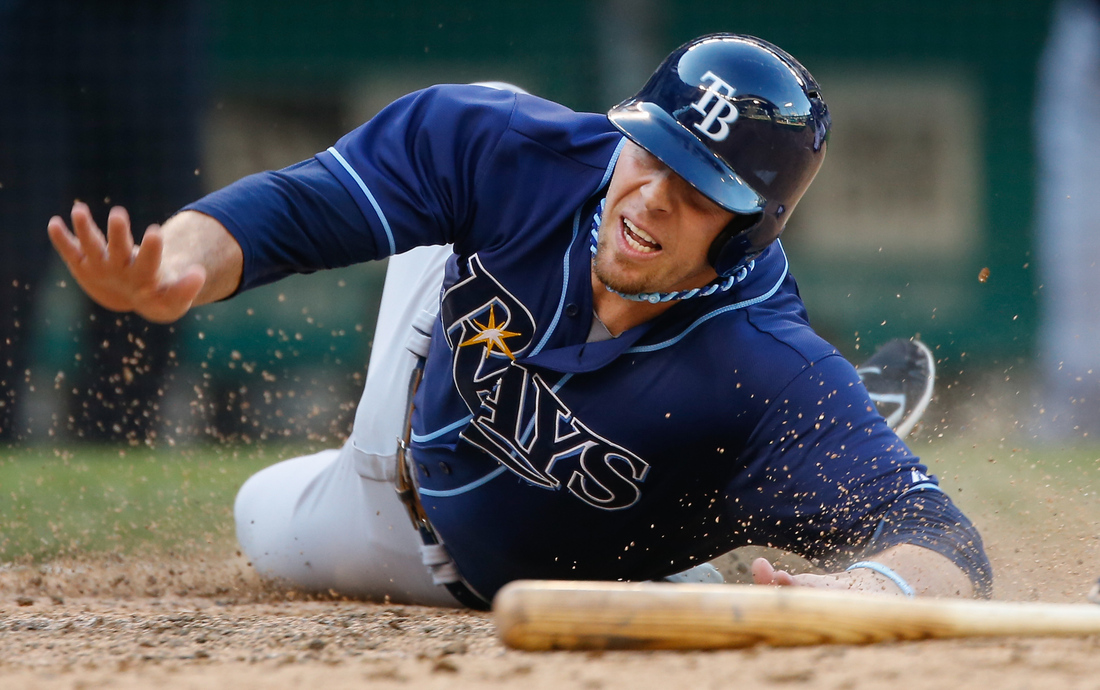 The Athletics have now acquired three Rays catchers in the last two seasons, having traded for John Jaso and claimed Stephen Vogt off waivers last year. Jaso and Vogt were the primary catchers for the Oakland post-season run last fall.

I can't thank @RaysBaseball and the fans in Tampa enough!! My time there will not be forgotten! You will always have a special place with me

There are now two roster slots available, one of which belongs to James Loney. The timing would seem to indicate that the Rays are clearing room on the 40-man roster to make another move. Could the Rays be after Grant Balfour? More on that shortly.

In the mean time, to celebrate his early Christmas present, Gimenez has a little song for Jesus, courtesy of Stephanie Katz:

As one of the nicest and funniest guys in Spring Training, he will be missed.