Evan Longoria has been one of the most consistent players in baseball from year to year. Yet's he's prone to hot and cold streaks. Wil Myers had a strong debut season, yet he too has a tendency to run hot and cold.

Hot streaks and cold streaks -- they come and go seemingly without rhyme or reason. Jose Molina had a nine-game hitting streak this season in which he produced a batting line of .481/.464/.630. What did he do in his next nine games? Molina produced a .250/.308/.250 line which his very similar to his 2013 line of .233/.290/.304. Did the 38 year-old godfather of pitch-framing suddenly figure out how to hit and then lose it all that quickly? Well, I would say no. It's just an example of the random variations in performance. Even the weakest of hitters can have stretches where they look like Ted Williams.

So, where is this going? It's not exactly controversial to say that hot and cold streaks are random. Well maybe math-averse people have trouble with it, especially some former players who love to talk about times when they were "locked in." I played some college baseball, and didn't put much stock in that stuff. However, there are certain players that are more prone to run hot or cold.

One of these players appears to be Rays rookie phenom Wil Myers. Gifted with excellent bat speed, Myers is a dead-red fastball hitter. Of the 204 fastballs he saw that traveled at least 94 miles per hour, he recorded 18 hits while swinging and missing just 15 times. In comparison, teammate Desmond Jennings saw 236 fastballs of at least 94 miles per hour and recorded 10 hits against 29 swings and misses.

Of course, Myers potent bat led to some excellent results when he was making contact. His HR/Contact rate was 5.2 percent, and he slugged .645 when he made contact. In his minor league career, he possesses an HR/Contact rate of 5.7 percent with a .633 slugging percentage on contact. 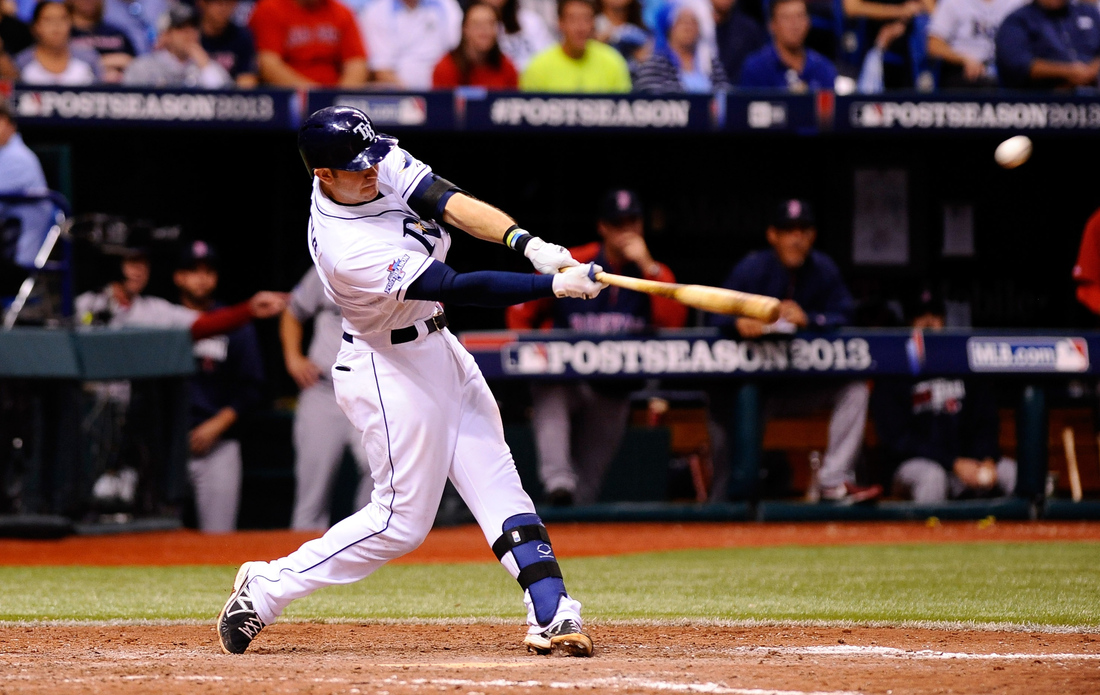 Teammate Evan Longoria is one of the most consistent year-to-year hitters in baseball. Here's a table with his wRC+ and strikeout and walk rates by year.

True-talent performance error bars can be pretty wide, and for high strikeout players, they can be even wider. Chris Carter, Mike Napoli and Dan Uggla, the three most frequent strikeout victims in 2013 had extreme splits. Carter had a 14 game stretch in June where he produced a 1.024 OPS. He also had a 14 game stretch in April where he managed a .545 OPS, striking out at least once in every game. Napoli had a .668 OPS in 21 games in June and a 1.227 OPS in 20 games in September. Uggla had an .847 OPS in 26 June games then hit .133 in the second half.

In summary, all ballplayers have their hot and cold streaks. Matt Holliday, who is probably a cyborg, might be an exception. Some hitters, particularly those with high strikeout rates, have them more frequently and more drastically. It's a challenge in fanhood to accept the ups and downs that Longoria and Myers run into, but the highs have outweighed the lows.