How Jerry Sands fits into the Rays organization

Share All sharing options for: How Jerry Sands fits into the Rays organization

Jerry Sands has been nomadic over the past year or so. Originally drafted by the Dodgers in the 25th round and primarily a first baseman, Sands found his way to the major league level in 2011 as an outfield replacement with mediocre results over few plate appearances.

He was sent to Boston in the Punto trade that sent Carl Crawford to Los Angeles, then flipped to Pittsburgh as a piece of the Joel Hanrahan trade. Sands never left the minors in 2013 due to poor performance.

The Pirates considered Sands's profile redundant due to the presence of Gaby Sanchez, and DFA'd him last week, where the Rays claimed him. Tampa Bay will be granted a fourth option year for Sands, and have already placed him on the 40-man roster, a slot he received from first baseman Leslie Anderson, who was released yesterday afternoon.

Sands stands a decent chance to fight his way onto the 25-man roster as the right handed compliment to Matt Joyce at designated hitter, especially if the Rays fail to sign a better player for the job or find another Triple-A first baseman along the way. He'll have a lot to prove in a short amount of time to make that come true. 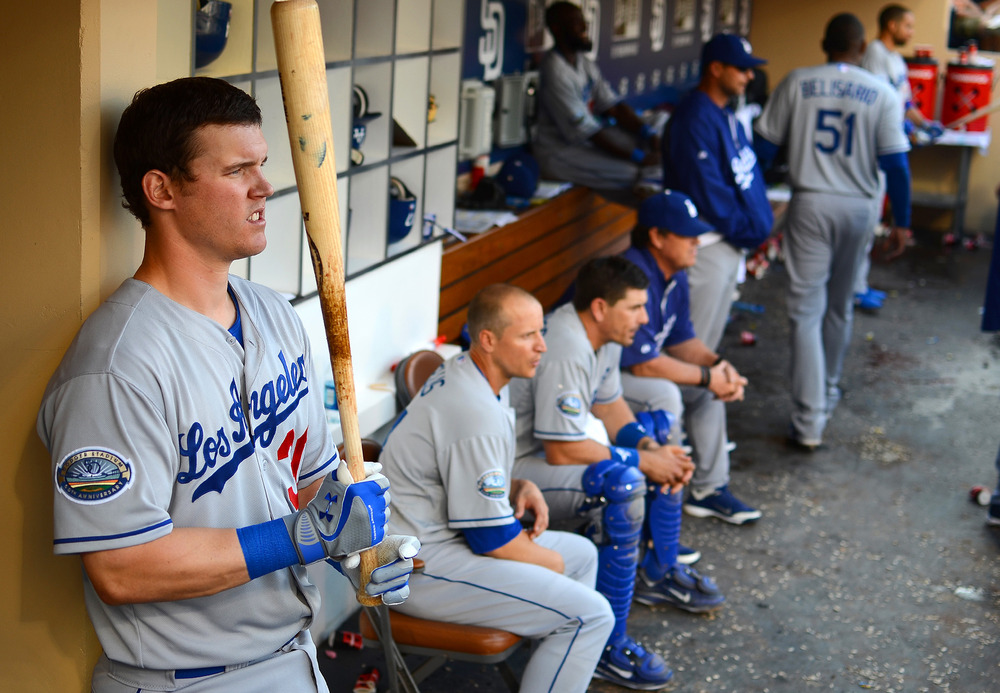 Jerry Sands is not the speedy infielder the Rays have seemed to target for the 25th man this off-season, but the team may not have been able to pass on a diamond in the rough.

Sands has plus power potential and has held remarkably low strikeout rates in the minors, averaging a 21.46% K-rate in the minor leagues across all levels since his rookie-level debut in 2008. He was able to carry that into the majors over 227 PA's in 2011 with a 22.5% K-rate. The 26-year old first baseman is also rather patient, averaging an 12.0% walk-rate across the minors, notching a respectable 12.7% walk-rate last season in a poor season at Triple-A. In the bigs in 2011, he averaged an 11.0 BB%, so his eye seems to overcome volatility.

But there's a problem: somehow, Sands had a power outage last season.

After 29 and 26 homerun seasons at the Triple-A level in the Dodgers organization, he joined the Pirates affiliate and knocked only seven, over a limited 343 plate appearances. It wasn't a great season, leading Bucs Dugout to name Sands the biggest disappointment of 2013 at Triple-A last season. They were happy to see him claimed, but I think there's rebound potential in the slugger.

A standard market inefficiency is batting flyballs -- something the Rays have generally taken advantage of in the past, and something the Athletics took to an extreme last season (that linked article is a must-read) -- and Sands fits that bill. At least, the old him does.

Since 2011, Sands has accumulated 1350 minor league plate appearances. During that time he batted a mere 37.6% ground ball rate. Sands is rather groundball averse.

During that same stretch, his flyball rate was a respectable 44.1% in the minors, with an 8.4% IFFB-rate. If Sands could convert half of those infield flies into line drives (20.6 LD% in Triple-A last year), perhaps with a swing adjustment, he'd have a batted ball make up similar to Chris Davis. That's a big if, though. His outfield flyball rate dropped 12.1% at Triple-A last season.

Sands is currently playing with the Indios de Mayaguez in the Clemente league, with four home runs in 84 plate appearances and a .330 OBP. An improvement in a limited sample size, but not impressive.

If everything goes right for Sands, he will be able to earn a roster slot in Spring Training through a renewed approach to power hitting. The Rays end up batting him third in the order against south paws, and he accumulates 15+ home runs, 20+ walks, and a .400 OBP.

If everything goes wrong, Sands fulfills the role of Shelley Duncan at Triple-A, while prospect Cameron Seitzer takes over full time 1B duties in Durham.