The Oakland A's made two moves yesterday to improve upon last year's team. As the rumors go, after deciding to not give a $14.1M qualifying offer to free agent starter Bartolo Colon, the A's offered Tim Hudson a two year, $22M deal. When he declined for $1M more with the Giants, they gave the same terms to our old friend Scott Kazmir, and he accepted.

Then late last night, Billy Beane and crew acquired O's closer Jim Johnson for demoted second baseman Jamile Weeks. The Orioles were looking to shed the $10M salary Johnson was in line for, and the Athletics were apparently willing to spend! Where is that coming from?

Elsewhere, yesterday morning there was an interesting article in the Denver Post, which detailed the budgets for each department of the Colorado Rockies. The information came from the mouth of the owner, Dick Monfort, who added notes like how the club puts 50% of their revenue back into player salaries. The Rockies were 24th in payroll last season, and their finances broke down like this:

The increase in television revenue for baseball next season has given each team a surplus of $25-26M dollars, depending on who you ask, for a total of $54-55M. It's up to each team to spend that money how they see fit, and as a casual observer it's easy to assume all 25 extra million should go straight into the free agent market and take the small-market team up a level - but that may not be the case.

For the Rockies, $55M means not having to cover the majority the cost of operations out of pocket (or out of revenues) anymore. There were side notes about reserving some of that cash for certain funds, if you read the article, but between the lines it's simply breathing room.

For the Rays, it could mean the same thing, or something entirely different. Same for the Athletics - we just watched them add their two most expensive AAV contracts yesterday, totaling ~$21.5M between two players. Was that TV money? Does this put more pressure on small-market teams to answer the call of increasing player salaries with their new-found $25M?

Maybe Friedman plans to reinvest those extra monies into scouting and the draft, which has left a bitter taste during his otherwise successful tenure (successful as in competitive, post season play).  Perhaps, like the Rockies, that covers the cost of doing business. Maybe some of that goes into the free agent market (although clearly not enough to keep Wesley Wright's $1.4M salary around as a reliever).

The correct answer is likely a combination of the above, but it sure makes signing big contracts look easy. 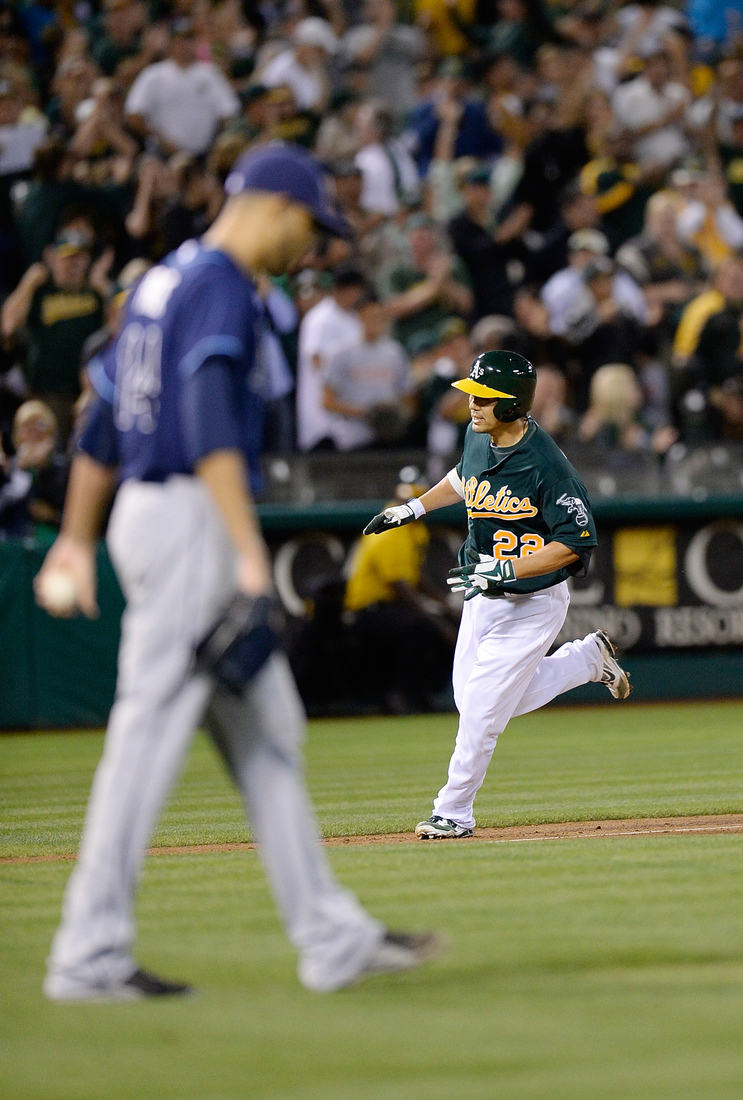 What does this mean for David Price?

Let's test your memory and see how well you remember Ian's notes on the Scott Kazmir signing. The following are three players he listed as having comparable Steamer projections -- Price, Kuroda, Kazmir -- along with Tim Hudson, for good measure.

Here are each of those players identified, and their projected 2014 salaries:

By comparison, players A and B seem like bargains compared to the performance and salary of C and D. Of course, Price's figure does not include $4.1M deferred from last season, which the Rays are on the hook for unless he is traded. The Rays could also get creative next season with deferred salary too, but I digress.

The players closest in salary and projected performance are Price and Kazmir. The former has consistently posted four-win seasons, including 4.4 fWAR in spite of injury last spring. The latter is coming off a resurrection season after being temporarily out of baseball for a year, and projected over a win below in performance next year.

The Athletics are paying Kazmir the market price of two wins and hoping for a little more, but it's a guaranteed $22M check, loaded with risk. The Rays are in a position to pay Price a comparable salary for twice the market value. That's a significant advantage.

You can spin Price's salary to be cheap or expensive, and that's justified. Maybe you think the Rays shouldn't be handing any player more that $10M, given their limited payroll. But what even the Kazmir signing should reinforce is that David Price's 2014 salary will be a bargain, based on the salaries projected for Kuroda or given to Hudson (or Lincecum!).

All the more reason that the Rays will have to be blown away to send off David Price.

They are not in the same position as the Tigers, there's room in the rotation to hold on to all their valuable starters. Furthermore, whether through TV money or Stu's generosity, Price's contract appears to be at least reasonable if not extraordinarily under market value.

Allow me to say it again, "The Rays don't need to trade David Price!"