Let's take a step back and consider what just happened.

Share All sharing options for: Cursory thoughts on the Ryan Hanigan acquisition

Before Jose Molina was signed, I think we all wondered if there was an upgrade to be made at primary catcher. There was hope that the Rays could find a market inefficiency, either on the open market or via a trade.

Then again, we live in a market where Dioner Navarro gets two years, eight million. The Rays seemed wise to re-sign their veteran backstop to a two-year contract at the cost of one year for our old friend Navarro -- more so if you consider the disparity in value between the two players. Molina was worth 7.4 wins above replacement when including Framing RAA over the last three seasons, as noted by Bradley Woodrum for Fangraphs, while Navarro was worth only 1.2 WAR* in that time frame.

*Framing data is available through StatCorner.

The Rays seemed content with Molina and Lobaton sharing duties again in 2013, and that was okay. Lobaton has been constantly improving all aspects of his game, making him a more viable long term asset behind the plate... but wait!

Lo and behold, Friedman pulled off a trade for Ryan Hanigan -- who Topkin confirms the Rays have pursued since 2011, and we've coveted the moment he became available. Friedman even reiterated the pursuit himself, saying "He's a guy we've had our eye on for a while. and so when we had the opportunity to acquire him, we were aggressive to do so."

The three-team trade (after cash exchanges):

We know the player to be named is not currently on the Rays 40-man, but could be involved in Rule-5 draft discussions. According to Arizona's GM Kevin Towers, the player has been identified, but procedural issues stand in the way. This could mean the PTBNL involves a 2013 draftee, or a suspended player like Josh Sale.

The part I'd like to focus in on is Ryan Hanigan. 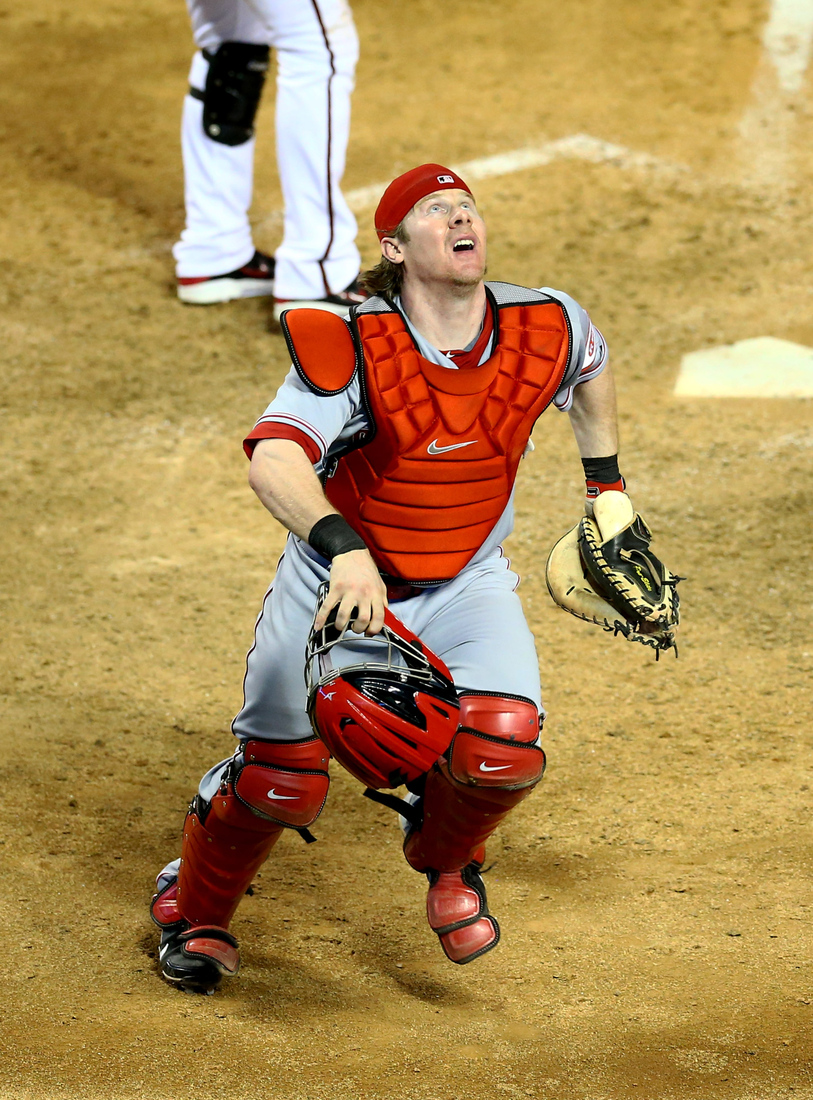 Jose Molina was at one time the best backup catcher in the game, and then became the primary catcher for the Rays over the last two seasons. This acquisition allows Molina to return to that back up role, with a younger (and better hitting!) version of himself manning the rest of the catcher platoon.

Yes, Hanigan is coming off an injury riddled season (sprained oblique, sprained wrist) in which he batted a paltry .198/.306/.261, so the Rays are buying low. Hanigan has a very patient approach at the plate, with more walks than strikeouts in each of the last six seasons, so the OBP shouldn't suffer against either hand, and with some positive regression for in-field fly balls, the Rays shouldn't be worried about his bat. But the Rays are not acquiring Hanigan for his offense.

Andrew Friedman described Hanigan as "a tremendously talented defensive catcher," which is a complete understatement. Over the last two seasons, Hanigan has led the league in preventing base runners with NL-best caught stealing rates, and places 8th on the Fangraphs blocked-pitches leaderboard for value since 2008, and let's not forget Hanigan's superior pitch framing -- a still under-valued skill on the market that the Rays clearly appreciate.

For more on his mind for the art of receiving, some required reading: Lindbergh's interview with Hanigan for Grantland (and the excerpts), along with Hanigan's Q&A with David Laurila from late 2012. It may be the last you hear him talk about framing until the winter of 2017. With rare exceptions, the Rays are notoriously silent. 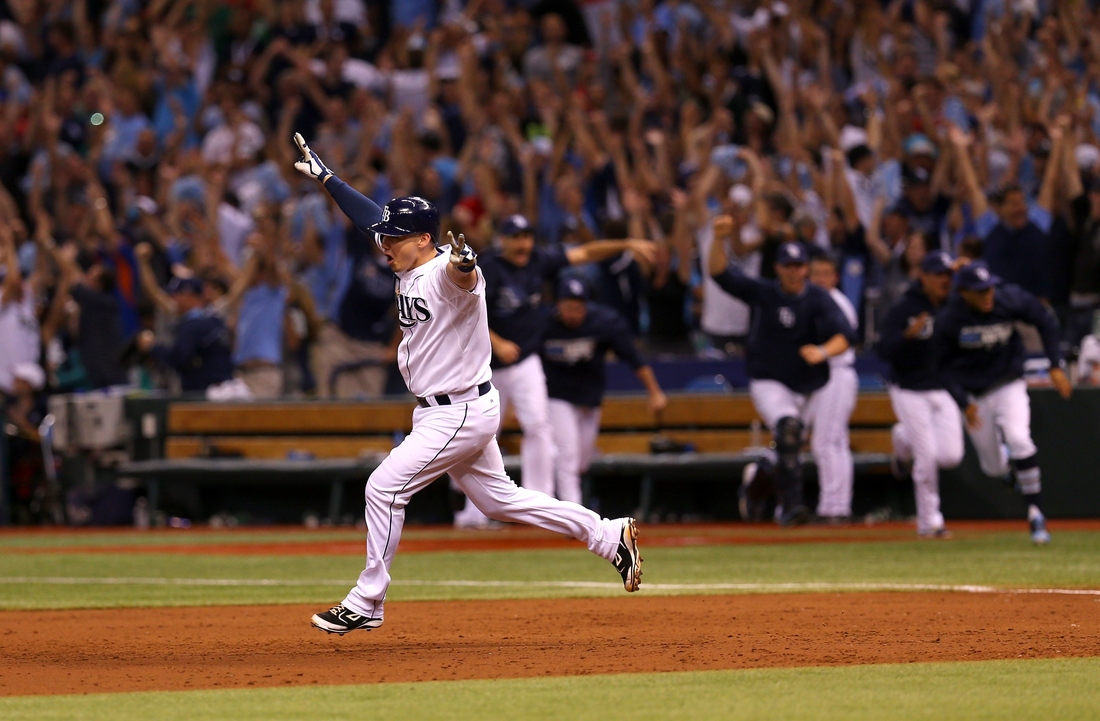 Another factor I didn't mean to discuss -- but should -- is player likability. One of the reasons I love baseball is for the admiration a viewer develops for players they watch over 162 games per season. We become endeared to the likes of Ben Zobrist, Evan Longoria, Wil Myers, and Sam Fuld. It hurts to see these players go.

This deal brings that dilemma to the surface for two franchises. The Reds are giving up a piece their fans love, and the Rays will likely need to sacrifice in the same way.

The odd man out here is Jose Lobaton, who Topkin immediately connected with the quiet White Sox as a trade candidate. Andrew Friedman did his due diligence of claiming the Rays could enter camp with three catchers, but the assumption is that the Rays will wait out the market and wait for the best trade offer. Lobaton is out of options and cannot be sent to the minors by Tampa Bay.

My two favorite aspects to the Ryan Hanigan acquisition, however, is the impression he's left on organizations, and fans.

As I mentioned in my previous write-up on Hanigan, he was behind the dish for both of Homer Bailey's no-hitters. Now, when Bailey talks about his no-no's in interviews, he uses the term "we." He has a mind for bringing the best out of a pitching staff, and according to newspaper reports, Hanigan has already requested video and reports on Rays pitchers. We are going to love watching him.

In regards to fan support, Ben Lindbergh and the crew at Baseball Prospectus are not the only ones infatuated with Hanigan's framing and overall game. This morning I linked to the front page a twenty-step response by a writer at Red Reporter on the loss of Hanigan, as he chronicled his experience as sports fan and a blogger. He concluded, "there will be more than a handful Reds fans who adopt Tampa as a favored AL team."

Andrew Friedman did more than acquire one of the best catcher's available on the trade market. He gave us one more player to love.