It wouldn't be a trip to Boston in April without some wet and cold weather.

Share All sharing options for: Rays, Red Sox postponed due to heavy rain in Boston area.

UPDATE - 4:00 P.M. EST: Friday evening's match up between the Tampa Bay Rays and Boston Red Sox has been officially postponed due to inclement weather in the Boston area. The game will most likely be made up on June 17 when the teams share a mutual off-day. Per Marc Topkin, both teams have adjusted their pitching rotations as follows:

#Rays shuffle pitching, so it'll be Price on Saturday, Cobb on Sunday, Hellickson Monday vs. #RedSox

Enjoy the evening off, Rays fans...

12:00 P.M. EST: The Rays just left Texas after playing in the coldest day game in the history of Ballpark at Arlington and will now have to contend with mother nature again, this time in Boston. Forecasts for this evenings contest between the Red Sox and Rays are not looking good for baseball as temperatures are in the low 40's and rain chance between 7 p.m. and 9 p.m. is 90 to 100 percent.

dang it's snowing in Boston!! Boston marathon will be no joke!! I wanted to hit on the field today...

If the Rays and Red Sox can't play this evening, they could play a double header over the weekend or as Marc Topkin suggested via twitter, wait till later in the year to make up the game.

All this could be avoided if the Red Sox had a roof... 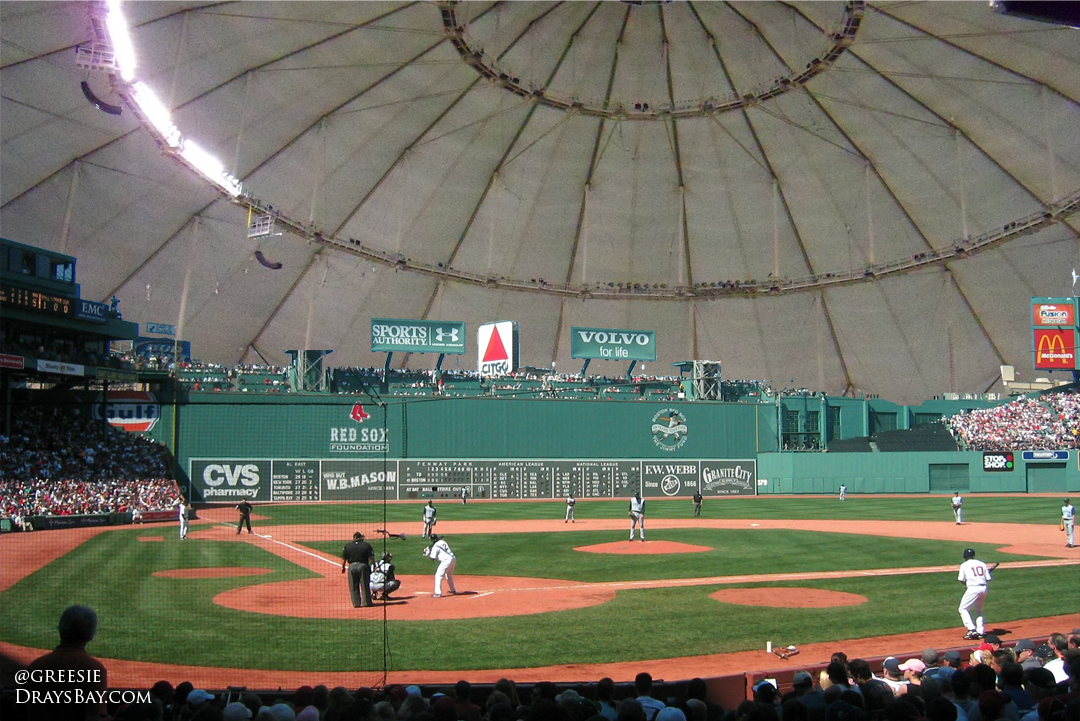