Share All sharing options for: GDT: 35 Degrees in Boston

It's a chilly day in Boston. 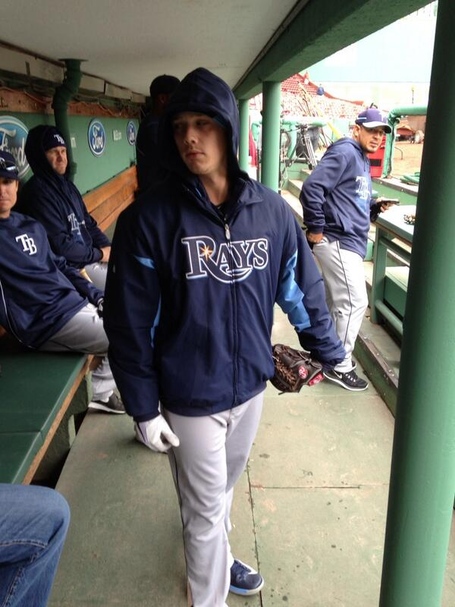 #Rays Maddon started Joyce vs. Lester (rather than KJohnson, Fuld, Loney) in hopes it gets him going. Admits it's pretty much just a hunch

As Maddon mentioned earlier this week, Longo get's the 3-hole against lefties, swapping with Zobrist. Joyce will be starting in left field, keeping in line with the "Danks Theory."

The Process Report noted a recent change in David Price's delivery, which you can read more on here.

For more on the weekend match up, read Steve Kinsella's excellent series preview, and as always, GO RAYS.