Over-under on players Left on Base this evening: 7.5

The Rays start a new series, back home in the Trop, and Joe has high hopes as we host the hottest team in the American League.

We haven't yet scratched the surface as to how well we can play. We are better than that. Guys will come back to who they are.

A players-only meeting is to be held before the game, hopefully enough to continue the spark in offense.

Tampa Bay held a homerun derby yesterday, but lost the lead and then the game in extra innings -- dropping the record to 5-10. Here's hoping for a better day.

With another southpaw on the mound, and a groundballer at that, Joe Maddon is benching James Loney in favor of Sean Rodriguez. EsKobar remains in the lineup.

The Athletics are a ridiculously good team right now, having scored more runs in their most against the Astros (45) as the Marlins have scored this year (33). How good is this team?

Maybe they're due for some regression...

For more on the Athletics and the coming series, read Kinsella's preview here.

Our own Skitty Katz will be at the game. Just look for the emoticons. 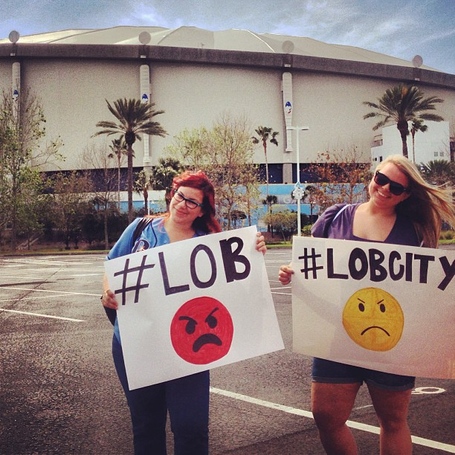