The Rays go for the sweep today against Oakland

After winning the first two games of this three-game set versus the A's to kick off the homestand, the Rays go for their first sweep and first three-game win streak of the season today at 1:40 ET.

There's no DJ in the clubhouse today, at least not that we know of, but there is a pretty cool giveaway today at the Trop: 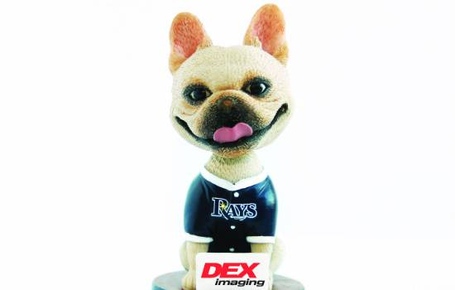 Here are lineups for today's game:

The #Athletics lineup for today at the #Rays. twitter.com/Athletics/stat…

On the mound for the A's today is left-hander Tommy Milone (3-0, 3.86 ERA). The Rays have had success against Malone in the past.

All eyes are on Roberto Hernandez this afternoon, who hasn't started the year as well as he'd like. Is this the day he gets his sinker down and hits his stride?

Lots to look forward to today for the Rays.