GDT: Hellboy gets his Glove, Rays go for the Sweep!

Share All sharing options for: GDT: Hellboy gets his Glove, Rays go for the Sweep!

Before the game today, Hellboy gets his gold glove.

Before the game yesterday, David Price got one of these: 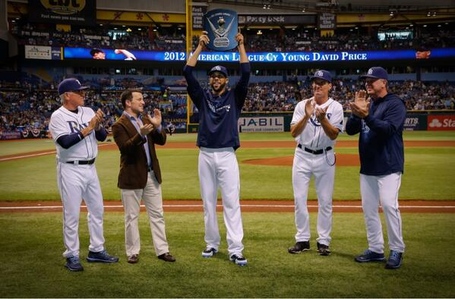 Oh, and we're going for the weekend sweep.

Yesterday the Indians lost their DH position when they moved Santana from hitter to catcher because this happened: 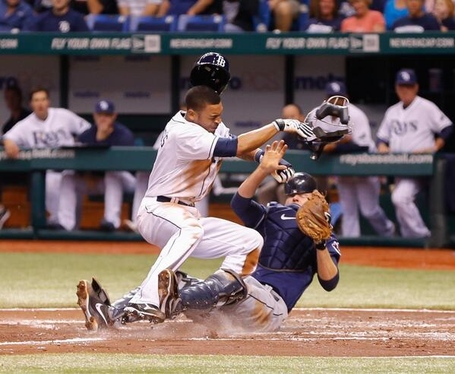 The backup catcher when through his battery of concussion tests, finished the inning, but was still pulled and the Indians had to bat their pitcher.

The Indians eventually plunked Longo in the back for the mis-hap. The relief pitcher Allen was ejected, the benches warned, but no one got upset.

For more on the Indians, here's Kinsella's preview on the series.