A quick look at location and movement by velocity. 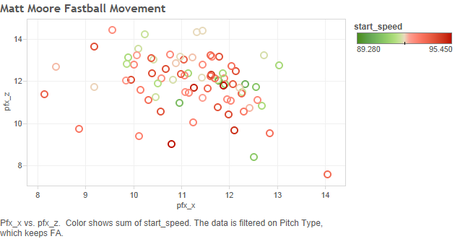 I'm not seeing any compelling patterns there.

Then I wondered if he had better control over his softer fastballs, so I plotted their location and dropped in an estimated rulebook strikezone. There's some problems with this approach, as we don't know where Moore was aiming with each pitch. 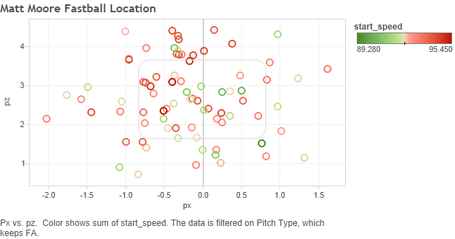 Still, this is just food for thought. I don't think we can draw any good conclusions from it, but it's something to monitor and maybe explore with the full data set.