Matt Moore has pitched an All-Star worthy season, starting with an incredible two months, mired by three very bad starts, with a strong rebound over his last four games.

Here's a break down of Moore's season by the numbers, isolating that three game stretch:

Starting with a shut outs of Cleveland at home and Texas on the road, Moore pitched to great success in spite of diminished velocity. Moore's fastball had been trending downward all season in 2012, and leveled out at the start of this year around 92-93, with the ability to ratchet up to 95. No injuries came about, and Moore was pitching incredibly well.

It all came crashing down in Detroit, when Moore allowed six earned runs and a career-high six walks in two innings, the shortest start of his career not hampered by weather. He was pitching on four days rest to accommodate the rotation shuffle and Joe Maddon's preferences, but the move proved ill advised.

The following two starts were at home and lasted at least five innings, but with rough results. Moore allowed 12 hits against Baltimore for eight runs, despite only one walk as he made adjustments to get back in shape (100 pitches, 71 for strikes), and then seven hits, five runs, and four walks to Kansas City. He fell apart in the fifth inning, allowing five hits in the frame, and three on full counts.

Finally, the improvements paid off. Moore responded in New York on six days rest, blanking the Yankees until walks got the better of him in the sixth, pitching into the seventh. His following start against Toronto he struck out 11 batters. Moore was back.

Taking a Step Back

Even with those three horrible starts, Moore has still had an impressive season:

For perspective, Moore ranks 12th in ERA among American League pitchers and 18th in FIP. He's allowed an AL 5th best batting average against (.214 -- again, including those three rotten games), and owns the 9th best strikeout rate at 22.8%.

If Moore has a flaw this season, it's been walks; a career high 12.3%. He's joined by Ubaldo Jimenez and Ryan Dempster as the only starting pitchers in baseball this season with strikeout rates above 20% and walk rates above 10%. The difference has been Moore's results, as the others have ERA and FIP numbers north of 4.00, and as many wins combined as Moore has on the season.

Matt Moore is an All-Star caliber player. Plain and simple.

Honestly, this is all probably a moot point. Griping on twitter and begrudging t-shirts won't be necessary. Moore will be in the Mid-Summer Classic because three American League starters will be pitching their last game before the All-Star break on Sunday.

Those pitchers are allowed to opt out thanks to the Collective Bargaining Agreement:

Based on the current nominated All-Star pitchers, the following starters could be allowed to opt out of the game: the forgiven Bartolo Colon, the recently-destroyed-by-the-white-sox Justin Verlander, and Seattle's Japanese acquisition Hisashi Iwakuma. And that's not counting on present or future injuries.

Surely, there will be a few spots available in the coming week. 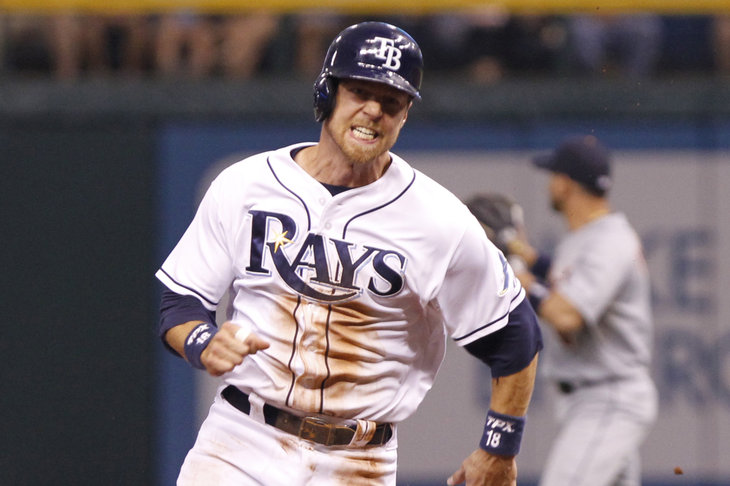 Surprisingly, Ben Zobrist was the only Rays player named by Jim Leyland to the 2013 All-Star roster.

"I am hopeful," Maddon told mlb.com in regards to Moore's chances as a replacement. "I believe it is something that can happen, but I have not heard from anybody yet. There's three guys who are pitching on Sunday who have to be bumped? I'd have to believe Matt's got a pretty good shot under those circumstances. And that would be great."

Moore is still pitching strong. In his most recent start, he pitched into the seventh inning allowing seven base runners en route to a shut out of Chicago, toeing the rubber against the All-Star Chris Sale. 105 pitches, six strikeouts, no earned runs. He'll face the Twins on Thursday.

It was announced shortly after the game that Moore and his thirteen wins will be headed to New York City for the All-Star Game!

This is Moore's first nomination!