Another chance for David Price to face Felix Doubront, this time with first place on the line.

Just five days ago, David Price faced Felix Doubront. The result went the way that the matchup should go. A David Price complete game, a Rays win, and a step closer to first place. Since then, game four of the series was rained out, and the Rays took two out of three from the Yankees, but after holding the division lead for a day, fell back a half game behind the Red Sox again.

That's okay. Leads should be taken directly from one's rival. For their foolish practice of not playing under a dome, the Red Sox get to face David Price in back to back games of the same "series." 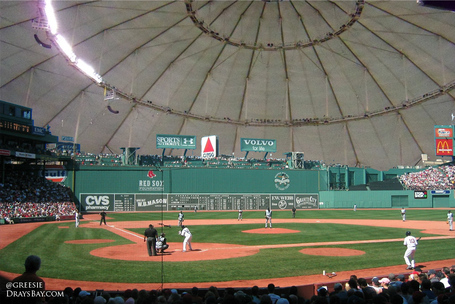 Doubront is the same pitcher he was five days ago. I previewed Doubront then, and it all still applies. Good pitcher, 12-6 curve, gets some groundballs, doesn't give up home runs this year on any of his secondary pitches. Take a read, and I'll see y'all at the top of the division.