Jake Odorizzi's velocity out of the bullpen

Is he throwing harder?

Share All sharing options for: Jake Odorizzi's velocity out of the bullpen

@draysbay is that his normal FB or has it ticked up coming out of pen ?

A valid question, especially since Odor will have an outside shot at making the postseason roster as a reliever. I replied that I thought it hadn't gained significant velocity, but this is one of those instances where it doesn't really matter what I think. There are facts that can be looked up. Below is the FanGraphs velocity chart for this season. I've identified the relief appearances with big, honkin' arrows. 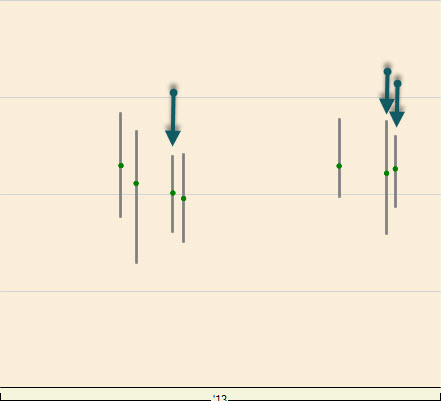 Looks pretty stable to me. It doesn't seem like Odorizzi is pitching like a reliever when he comes out of the 'pen. He's going multiple innings, and his velocity is in line with his velocity as a starter. Probably that's a good thing, as he's comfortable as a starter right now. No need to be asking the rookie to empty his tank for one or two innings.