Share All sharing options for: Matt Moore and Pitcher Fatigue

In his next six starts, Moore allowed 36 baserunners and struck out 20 along the way, pitching to a 2.75 ERA with nine earned runs over 29.0 IP.

However, this doesn't make up for Moore's continued plummeting fastball: 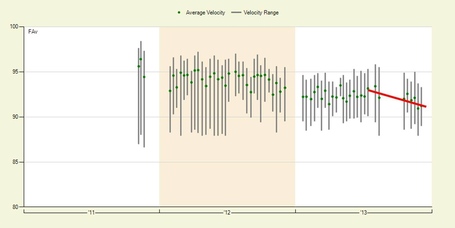 Moore has been able to pitch through his struggles in velocity through benefits in movement.

Harkening back to Petti, a normal drop would be around 0.2 MPH for a starter that young, but Moore has seen a drop of 2 MPH on his fastball. Moore's pitches have been compensating for the lack in velocity with an uptick in vertical movement (though, with a corresponding decrease horizontally), corresponding with his dip in velocity and leading to relative success over those six games (Rays W-L: 5-1).

Perhaps Moore is reverting to a more traditional 4-seam approach with his fastball to harness control—which would explain the dramatic decrease in horizontal movement: fastball only—but that's a generalization. Regardless, we have success in the face of struggles, and that's worth appreciating. (It makes for an ugly game to watch, it's not the Moore we're accustomed to, but he's effective in terms of run prevention, so tip of the cap.)

Either way, should the Rays move forward into the playoffs (read: past the wildcard), Hickey and co. will need to consider what is best for Moore's performance. If his velocity is locked into decline until the off-season can bring rest, it may be best for Moore to function in a relief role, or preferrably as a short-starter.

Matt Moore and the rookie wall 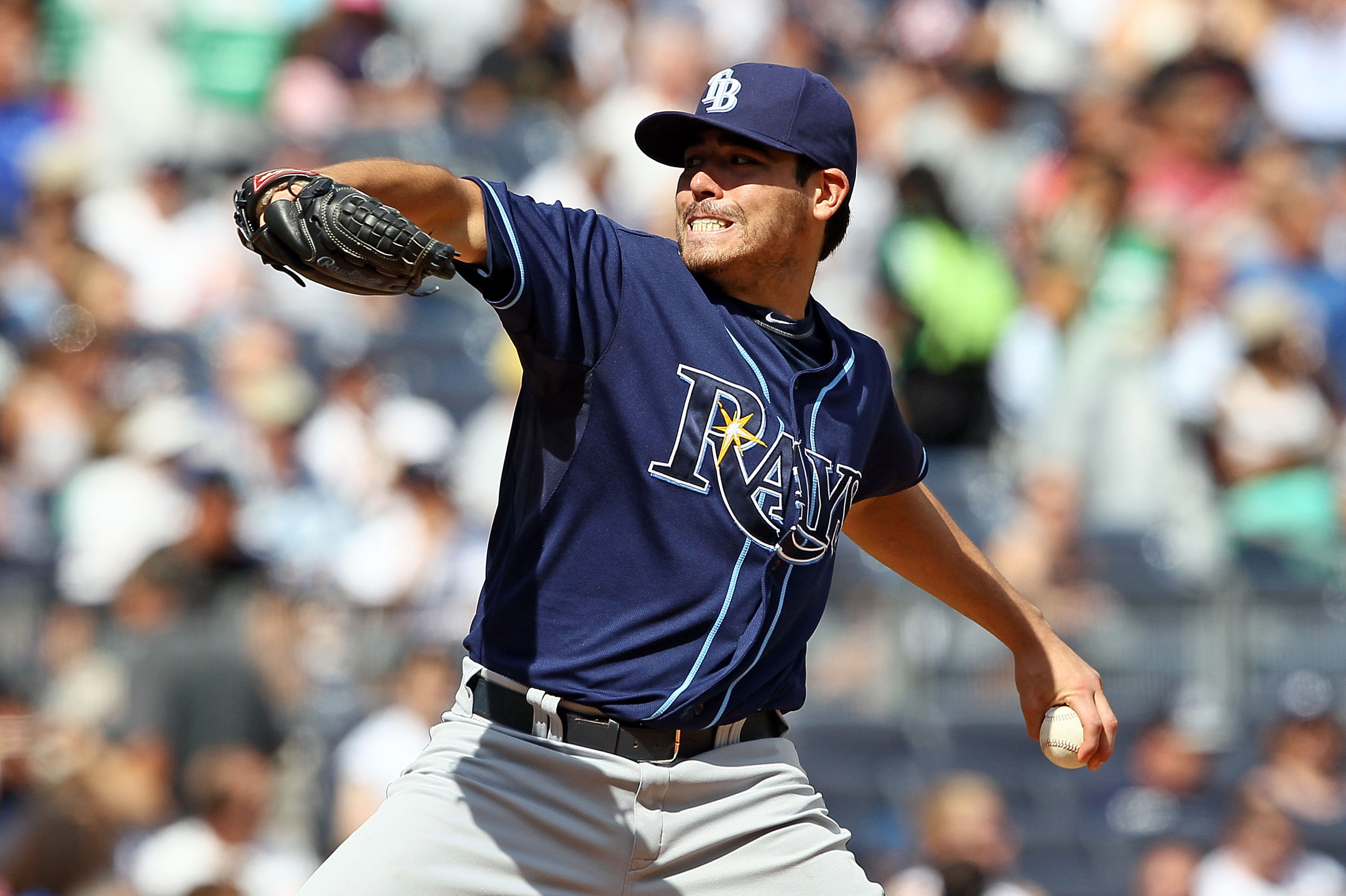 From the archives: something similar happened last year...

If Moore's elbow could take it, I would rather see him find his fastball again for two innings—and allow the Rays to ride other regular season starters like Hellickson and Odorizzi through the game—than watch him struggle to place his pitches (three hits and six walks, Sept 24 in New York) or lose his feel for the fastball (six hits and three walks, Sept 29 in Toronto).

Did I say run prevention earlier; has this been dumb luck? No, that's a .275 in-play batting average in September. Somehow, someway, Moore was able to pitch to the credited victory in each of his last two starts, where he allowed nine baserunners and barely pitched into the sixth inning in each game.

Here's the silver lining: In that Toronto start, Moore touched 94 on the gun early and late in the game, which is an improvement, and hopefully a sign that Moore is destined for recovery, and not surgery. It gives me the confidence to believe Moore can still pump the fastball when he needs to, and will.

So, insofar as the playoffs are concerned, let Moore pitch, but only in brief appearances. Adding quality to his fastball, and resting his elbow with short bursts, may harness the best out of Moore moving forward.

Note: Perhaps I'm being to blasé about Moore's injury, and he really should not be testing his elbow at all. Perhaps those moments he touched 94 on Sunday were ill advised, or bad reads on the gun, and it's all down periscope from here. If that's the case, Moore should be shut down for the season—but the hope is that my positive attitude is justified.

A dramatic decrease in velocity is scary; an accompanying elbow injury is scarier; a lack of improvement is scariest. Here's to hoping Moore is on the up and up. We'll need him.