What went wrong in July?

Share All sharing options for: Understanding the Evan Longoria slump

Evan Longoria is a great baseball player. He can and will be counted on as a mainstay in the Rays lineup for years to come. Nevertheless, in the month of July, he was pretty bad. He posted a meager 74 wRC+, compared to his season 132 wRC+ or career 135 wRC+. What was going on? 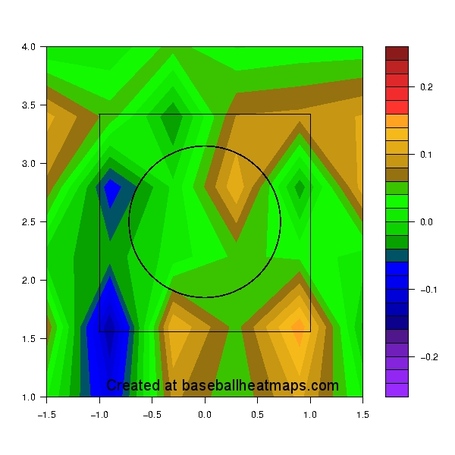 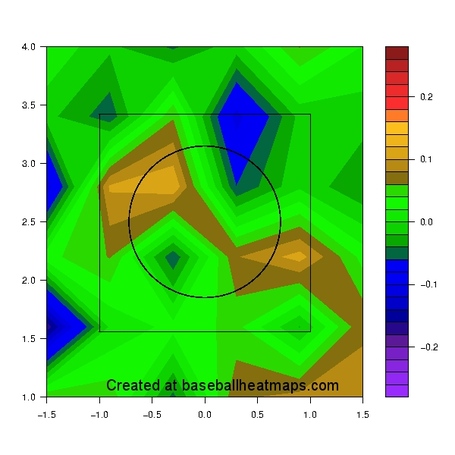 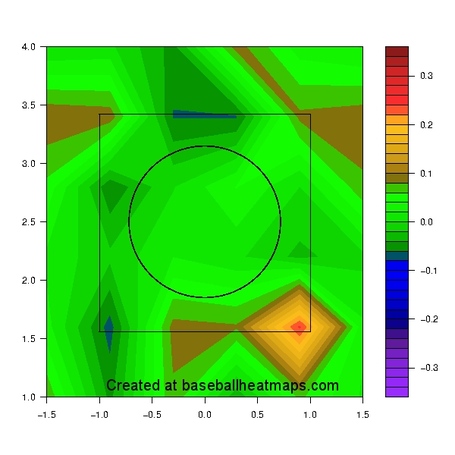 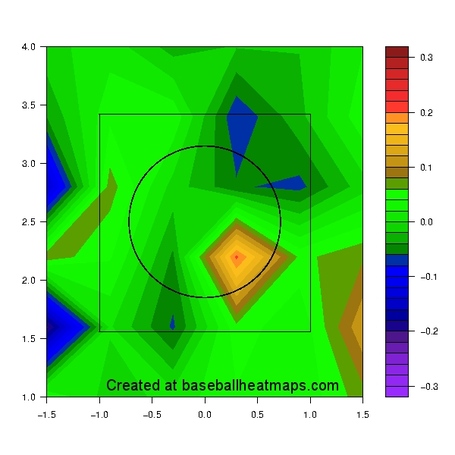 Well, other than offering at tough fastballs on the outside bottom corner from lefties a bit more, there's nothing even close to wrong here (and almost nothing different). 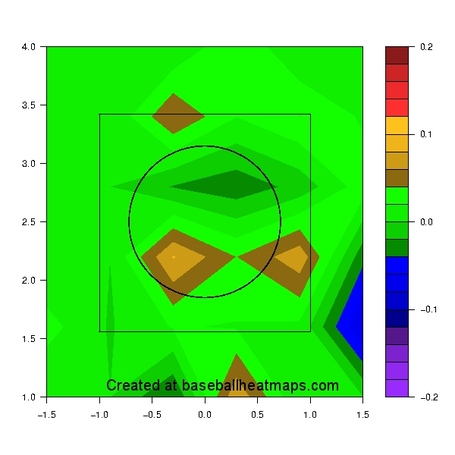 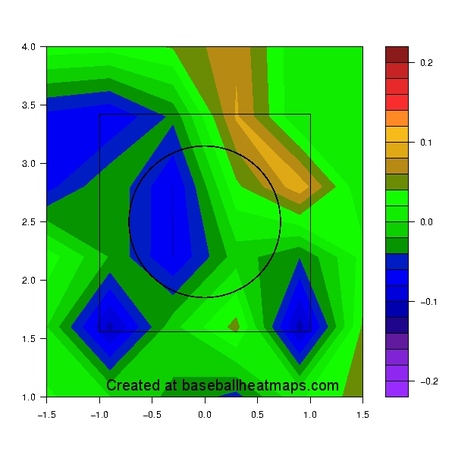 No change whatsoever against lefties, but he took more changeups than usual over the plate and inside from righties. Take this with a grain of salt, though. Very few pitchers not on the Rays actually throw inside changeups to same-handed hitters, so the sample size we're dealing with is very small (even though Zimmerman's regression helps). 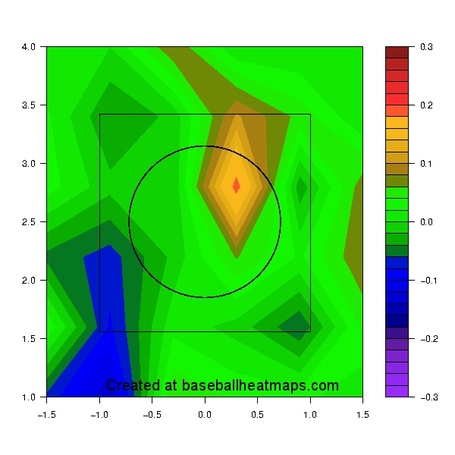 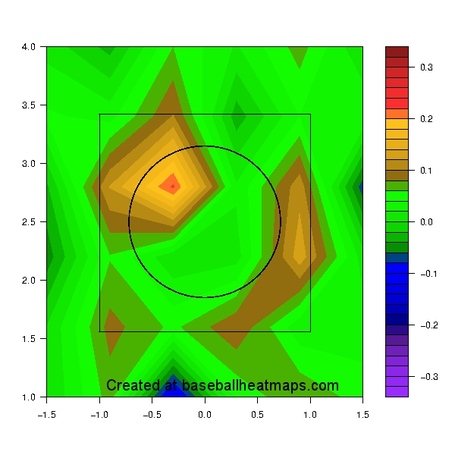 Ding ding ding. There it is. Or at least as much as there really is anything to see in any of this. During his bad month, Longoria swung at more breaking balls over the plate.

So to round up what he did differently in July:

Both numbers one and three on that list are likely low percentage pitches to hit, but they're also pitches apt to be called for a strike. So the question for Longoria is whether or not it's better to take a tough strike and wait for a better pitch to hit or to cover the plate fully and swing at what's given. Of course, anything can happen over a month, so the solution may have just been to keep swinging at strikes but to hit them better. I'm not comfortable using results-based statistics like a wOBAcon heat map in such a small span, so I'm not going to even look.
A hard conclusion would be foolish, but if the July slump was due to a change in Longoria's strike zone approach, then the fix was and is to be more selective within the zone.