Jose Molina and Ryan Hanigan have been two of the best pitch-framing catchers in baseball. How much value does their expertise bring the Rays?

Once the Cincinnati Reds signed Brayan Pena and decided to shop Ryan Hanigan, it was almost a foregone conclusion that the Rays would be the ones to acquire the veteran backstop. Sure enough, the Rays got together with the Arizona Diamondbacks and the Reds to swing a deal for Hanigan early on in the offseason. Immediately after, they signed him to a three-year extension worth just under $11 million.

Hanigan, himself an excellent pitch-framer, joins the veteran Jose Molina, who the Rays re-signed on a two-year, $4.5 million dollar deal back in November. Here's a comparison of their framing excellence over the last two seasons with their corresponding rank among catchers, courtesy of StatCorner.

Different framing models will get slightly different results. Over at Baseball Prospectus, Max Marchi's model had Molina ranked first in 2013. In any case, it's clear the two backstops are among the very best, with Molina being slightly better than Hanigan.

In case you missed it, Ben Lindbergh ran a weekly catcher framing column that included the best three Jose Molina frames of the week, and a Hanigan frame was featured frequently as well. 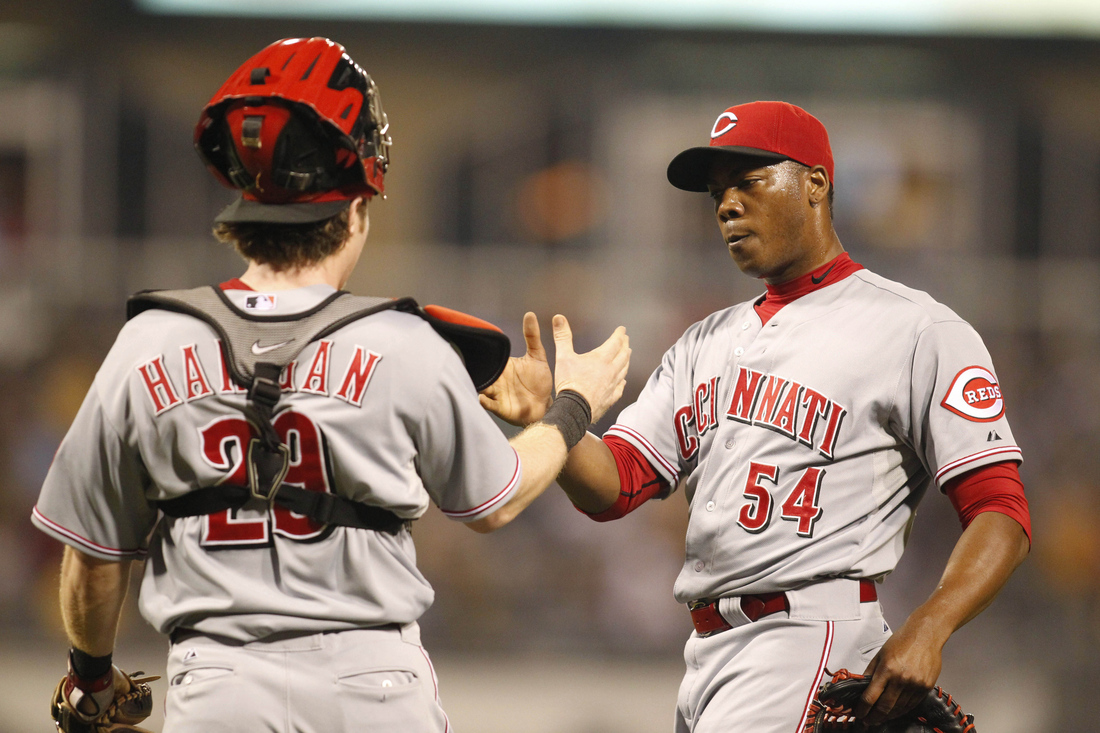 With these two wizards behind the dish, Jeff Sullivan projects that the Rays will get approximately 180 extra strikes over the course of the season. Only the Brewers, who feature the 2nd and 3rd best pitch-framers in Jonathan Lucroy and Martin Maldonado and the Pirates, who added Chris Stewart to back up Russell Martin have a meaningfully higher projection.

Now, a catcher duo of Hanigan and Molina is unlikely to be formidable offensively. While Hanigan has a career .356 on-base percentage and draws walks more often than he strikes out, his lack of pop limits his ability. His woeful 2013 line is probably an outlier, but his career wRC+ is just 90. Steamer projects a .250/.341/.337 line for a 91 wRC+. ZiPS offers a similar projection, calling for a .249/.342/.311 line for the 33 year-old backstop.

Overall, the duo looks to be in the area of 11 to 13 runs below average offensively, very similar numbers to what Rays' catchers managed the previous year. Molina doesn't throw out runners or block pitches quite as well as he used to, but Hanigan is very strong in both those areas. Combine their defense and the positional adjustment, and both Steamer and ZiPS project the Hanigan/Molina duo to produce 2.7 fWAR with an additional 0.2 fWAR from 64 plate appearances of Jose Lobaton, who will likely be traded this offseason

Of course, that doesn't include pitch-framing. With the projection of 180 or so extra strikes, Hanigan and Molina could double that number. You, like I tend to be, might be a bit skeptical of the claim that pitch-framing could save 25-30 runs in a season. Fine, chop that number in half, and you are still left with 4 wins. That's a solid upgrade on the previous season where Rays catchers managed 1.6 fWAR and 19.6 framing runs.

How does that compare to other catching combinations? Using the Steamer Depth Charts and Sullivan's framing projections, here's a list of the teams whose catchers project to produce more fWAR+framing runs above average than Hanigan and Molina.

And there you have it. If you cut the framing values in half, there would be more separation between the Rays and some of the teams ahead of them, but they wouldn't be surpassed by an unlisted team.

It's certainly not a flashy catching tandem. In fact, the Rays could very well get fewer home runs from their catchers than any team in baseball. They hit nine last year, and Steamer projects eight for this year. Despite their lack of offensive firepower, it's one of the best catcher duos in baseball.

Furthermore, pitch-framing ability doesn't decline with age because it's a skill that requires a player to remain almost entirely stationary. With Molina under contract for two years and Hanigan for three years, the Rays should excel in this area for at least the next couple of seasons.