Jeremy Hellickson and Men on Base

Share All sharing options for: Jeremy Hellickson and Men on Base

Once a FIP-beater -- a pitcher who consistently outperformed expectations with a remarkably low ERA compared to defense independent stats -- Jeremy Hellickson's 2013 season suffered from a drop in velocity and struggles with men on base.

Hellboy is a perplexing pitcher. While his strikeout and walk rates were actually the best of his career, Hellickson's ERA tanked last season:

What was the cause?

As Ian pointed out during the postseason run, Hellickson's struggles appeared to come with men on base, as he was sporting an awful 66% left on base rate -- which differs dramatically from his career averages, and is well below the major league average of 73.5%.

However, diving deeper into the numbers, Ian showed that the elements of the game Hellickson controlled remained unchanged, with the exception in an uptick in home runs for the flyball pitcher:

Two items stand out, and both are an illusion, distorting your view of Hellickson's talent with some unfortunate results.

First of all, the larger HR/FB% is exaggerated by the sample size of limiting our scope to men on base, as Hellickson's full season rate was in line with his mark for bases empty at 10.9%.

The other outlier here is BABIP, a topic I talk about too much.

Allow me to put my foot in my mouth once again, and hopefully we can glean some truth from the mumbles. 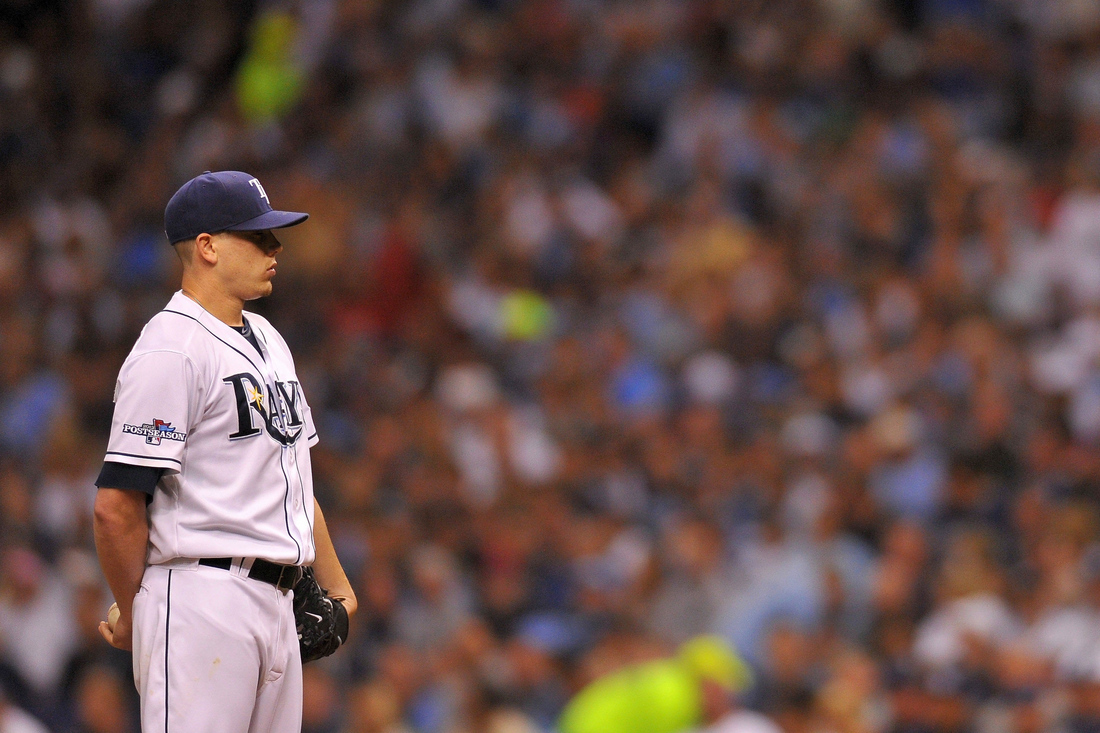 What was the cause of this dramatic increase in BABIP?

There are three main elements that go into producing this stat, two of which we can investigate: Talent, Defense, and Luck.

The first aspect, talent, is controlled by Hellickson, and it's here we don't find much blame to put on the pitcher. The peripheral elements of his game that might effect BABIP (such as Z-Contact% and IFFB%) remained relatively unchanged for Hellickson, compared to the previous year. His home runs were a tad inflated, but we've already shown it was not egregiously so.

In regards to defense, Hellboy was playing in front of the most talented infield over his three seasons, making this a strange year for his in-play batting average to falter.

The spray charts don't show many hits that started in the diamond or on deep fly balls. Line drives were sparse, save for a cluster of short hits through the right side, limited to left handed hitters.

In terms of where they landed, the hits that fell last season were relatively shallow, and the only strong cluster of singles were pulled line drives by left handed hitters.

Looking for something that might have influenced BABIP, there's a potential here that some of those line drives got through because Loney and Zobrist were distracted by runners on base; however, it's important to recognize what a small portion of the sample this would be.

We do not have the HitFX data to know the angle of line drives, but here's a scatter plot of all ground balls and line drives allowed by Hellickson to left handed hitters with men on base, hit in the direction of Loney and Zobrist: 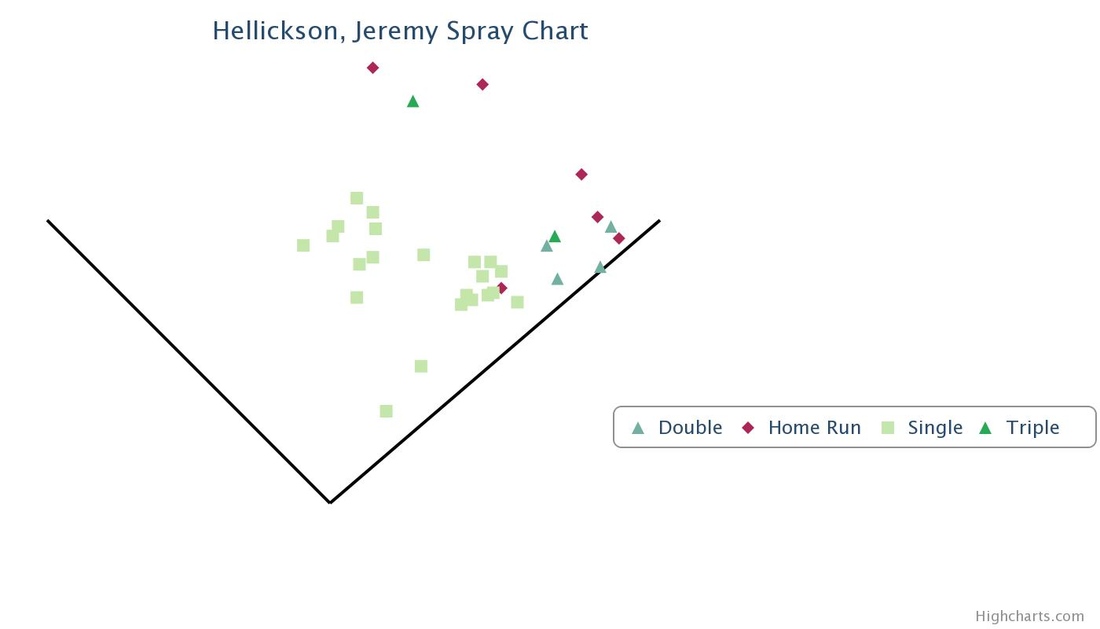 Hellickson threw 564 pitches to lefties with men on base, or 19.39% of his season total. This scatter plot is a mere 34 outcomes, 1.17% of his performance on the season. Remove the home runs, which were unstoppable by the defenders, and we're down to 0.96% of Hellickson's performance on the season. If the Rays defenders were limited to, say, seventy percent of their normal range with runners on base, can we definitely say the defense had a significant influence on balls in play?

Unfortunately, that leaves us with Luck, the third factor.

This is either cause for frustration or optimism.

As Jason Collette noted for The Process Report, during his time in the majors, Hellickson's .265 batting average on balls in play is in the top 10th percentile for 2010-2013.

Helly has demonstrated over his career an ability to keep his in-play batting average low. It's a reasonable expectation that it will return to "normal" next season.

As a final thought: even if "luck" appears to have been a significant influence on Hellickson's season last year, there are other concerns. Many other concerns. BABIP is not the end-all-be-all of pitcher performance, but it certainly has an effect.