At this point in his career, how does Evan Longoria compare to Mike Schmidt?

Share All sharing options for: Evan Longoria and Mike Schmidt

Selected third overall by the Rays out of Long Beach State in the 2006 MLB Draft, Evan Longoria has been the face of the franchise for several years now.

After getting a $3 million signing bonus, Longoria tore up the minor leagues in 2006, and did the same in 2007. Baseball America recognized him as the #2 prospect in baseball entering the 2008 season, and he was called up just two weeks into the season. Six days later, the Rays gave him a six-year deal, buying out his arbitration years. Then in 2012, he signed a long-term contract extension with the Rays, which keeps him under team control through 2023.

In fact, at this point in his career, Longoria compares favorably to the best third baseman in baseball history, Mike Schmidt. This table compares their numbers through their age-27 seasons.

Both are well-rounded third basemen. Longoria plays excellent defense at the hot corner, as did Schmidt. UZR only goes back to 2002, so Schmidt's defensive numbers are calculated by Total Zone, a play-by-play metric. By all accounts, he was a stellar defensive third baseman. Like his predecessor Schmidt, Longoria walks and strikes out frequently while hitting for power, though Schmidt was more extreme in his reliance on the three true outcomes, and he would lead his league in home runs eight times. 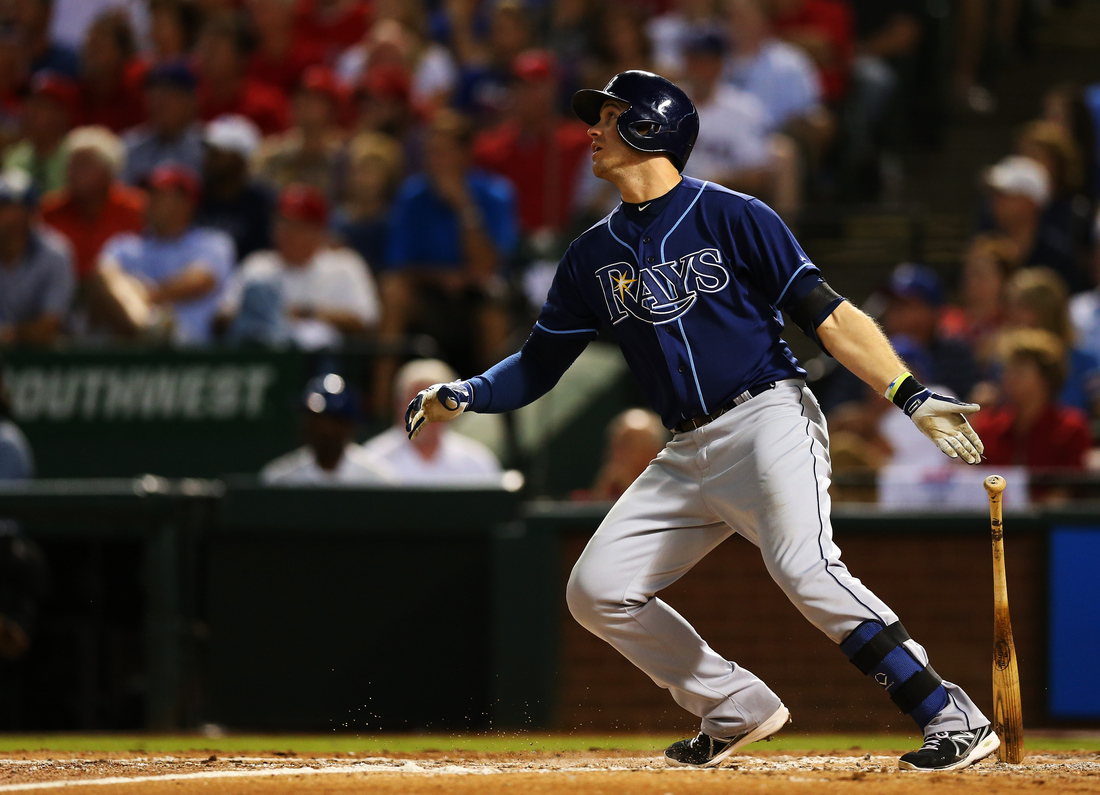 This table compares Schmidt and Longoria's walk, strikeout, and home run rates and then expresses them as a percentage of the league average in that time.

While Longoria's age 22-27 seasons match up nicely with Schmidt's, using those seasons to predict a career arc similar to Schmidt's would be a survivor's analysis. After producing 6.9 fWAR/600 PA through his age-27 season, Schmidt hardly dropped off in what would typically be a player's decline phase. From his age-28 to age-39 seasons, he produced 6.1 fWAR/600 PA. That aging curve is atypical even among Hall of Fame members.

A more realistic comparison is to look at third basemen since 1947 who produced at least 30 bWAR through their age-27 seasons. What follows is a list of those players.

Provided by Baseball-Reference.com:
Brett and Mathews went from being great players to very good players. Santo's struggle with diabetes ended his career prematurely, and he would play just six more seasons. Bell had four more good seasons before seeing his production curtailed significantly. Zimmerman, who is just a year older, remains a fine hitter, but his defense, particularly his throwing, suffered in 2013, and a move across the diamond may be in his near future.

After a mediocre 2011 season, Wright has been perhaps baseball's best player not named Mike Trout. Beltre has remained productive and durable. Rolen battled injuries, but was generally good and occasionally great after his age-27 season. Chavez of course represents the worst case scenario, as injuries have limited to him just one full season since 2005 and he's totaled just 5.3 fWAR in that span.

Overall, Mike Schmidt is probably a 95th percentile projection for Longoria even if they have a 925 Similarity Score through age-27. Longoria's number one ZiPS comp and top Similarity Score is Rolen. Maybe that doesn't sound too exciting, but Rolen produced a .280/.358/.476 line for a 119 wRC+ and 37.4 fWAR in the ten years following his age-27 season. In 2004, his age-29 season, he managed 9.0 fWAR for the Cardinals.