The Braves recently announced a new stadium on the back of location woes. The majority of the fanbase lived too far north, they said, and there was no decent route of public transportation. Down in Florida, every Rays fan nodded their head vigorously.

These are the same factors that have plagued the Rays' attendance numbers.

One way or another, the Rays will soon play in a new stadium.

Back in 2011, our forefathers submitted a DRaysBay Stadium Proposal that began with a suggested location on the west side of the river, facing downtown. That location is currently the Julian B. Lane Waterfront Park, north of the University of Tampa and south of I-275. 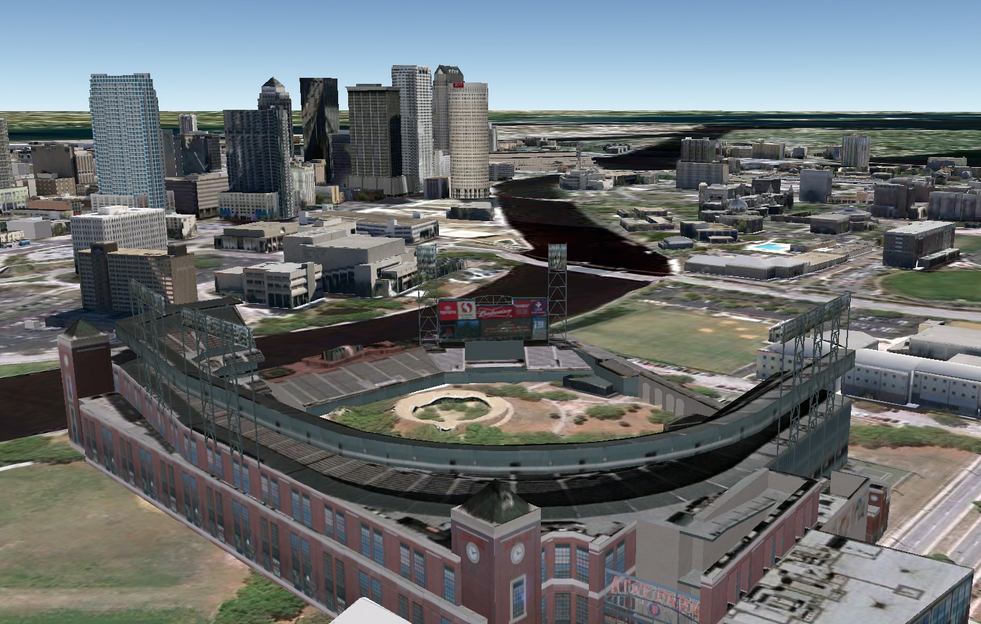 The Riverfront, the view, the ideal placement of the sun, and the opportunity to have our own boats chasing Longorian homeruns as they splash down into the water.

Many of us here are still partial to this location, but it may not be the most ideal, as the Tampa business and political communities may be zeroing in on a different location.

A big name in the Tampa business community is the owner of the Lightning, Jeffrey Vinik. After investing heavily into the Tampa Bay Times Forum, and famous for his giveaways of a large check to a community hero at each Lightning home game.

He is also the majority owner and chairman of the Arena Football League's Tampa Bay Storm, a minority owner in the Fenway Sports Group -- which has interests in Major League Baseball and owns a minor league complex in Ft. Myers -- and he sits on the board of directors for the English Premier League team Liverpool.

Vinik recently moved his hedge fund's operations to the Suntrust Building while it was still in operation, and has been involved in plans to build another hotel on the west side of the Forum -- including requesting a re-zone of the building height allowances and expanding roadways -- but that hasn't been his only activity Channelside.

A group from Colorado has been slowly purchasing the land surrounding Channelside for a long time now, and this has not gone unnoticed, thanks to savvy reporting by news outlets at the Tampa Bay Times and Tampa Tribune. That group is called Gold Crown Management, a portfolio run by a Denver businessman who helped construct the Colorado Rockies' stadium.

Not all of these purchases have been made through the same company, but it would appear that each of these controlling groups are subsidiaries of Gold Crown Management, and run by a man named Michael Baker, the son of Raymond Baker. The latter is a partner with Gold Crown, a senior advisor to a sport stadium developer called the Romani Group, and chairman for the Denver Metropolitan Major League Baseball Stadium District, which owns Coors Field.

Are you tracking with me?

Vinik and this Colorado ownership group have teamed together to purchase at least 21 acres stretching from Florida Avenue to Meridian Avenue, north east of the Times Forum. One of the most significant chunks was purchased last November for $3M.

The areas being purchased fall within these red lines: 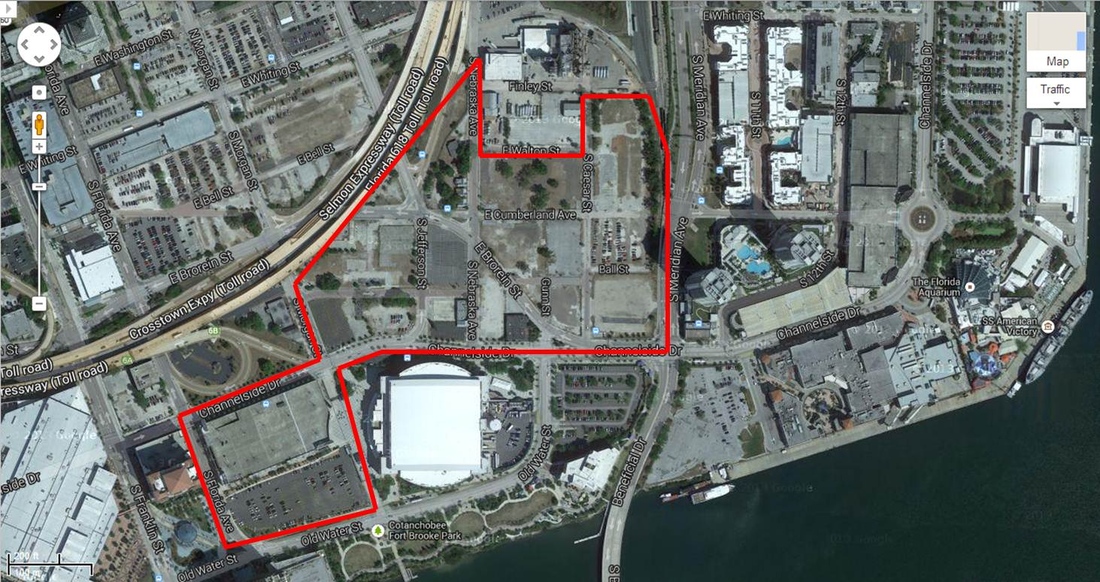 The appearance of this land might be just a bunch of parking lots, but there seems to be intent to do something far grander. The other key parcel of land, and the only one currently occupied, belongs to the ConAgra flour mill, who are already on the record as willing to sell.

Vinik has also shown an interest in buying the struggling Channelside Bay Plaza shopping center beside the Florida Aquarium.

So why this land in particular? The issue is financing on the part of the city of Tampa.

Others with a more keen knowledge of the stadium saga have already suggested that a new stadium would require between $100-150M from the city of its new location. These funds would most likely come from what is called TIF money, or Tax Incremental Financing.

As things stand, the city of Tampa already has $100M of TIF money on stand by, which can only be spent inside was has been designated the "Downtown Core": 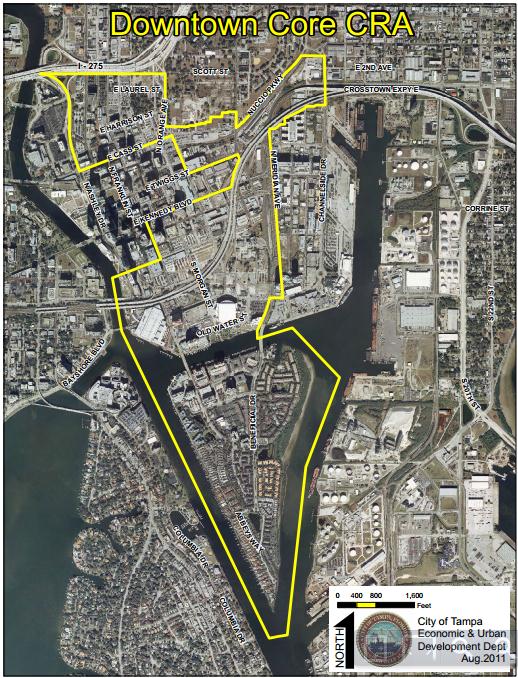 You might notice this does not currently include the Julian B. Lane Waterfront Park, our desired location.

$100M is a large sum of money to leave in the on deck circle, and some sharp criticism was raised in this morning's Tampa Tribune regarding those funds. Many believe that money should be delegated to non-profit organizations immediately, as they currently have no true purpose.

Another threat to that sum: The city council will also meet on Feb 13th to reassess the viability of the "Downtown Core" as the appropriate use of these funds.

This is a formative time for the hopes of a new stadium in downtown Tampa, including many other factors:

- The city of St. Petersburg recently elected Rick Kriseman, who believes the Rays should be allowed to look elsewhere for a new stadium location

- The Florida State Fairgrounds have moved on, and are no longer considered a possible stadium location

- The minor league Tampa Yankees are no longer moving, removing the land adjacent to Raymond James Stadium as a possible location

- Tampa Mayor Bob Buckhorn is on the record declaring St. Petersburg to be a failed business model for baseball

- There is currently no language in the contract to allow the team to leave the contract, which will need to be re-written. In fact, the "use-agreement" states this would create "incalculable" damage to the city of St. Petersburg.

The City of Tampa has been hoarding $100M in funding in hopes of stadium use, but nonprofits want it, and so does the rest of the county. Over next month, that money could get spent or re-zoned away from downtown.

Current zoning for the funds doesn't include the Riverwalk location from the DRaysBay proposal in 2011, but does include all that land Vinik and the Colorado group has been buying over the last three years. The Tampa city council meets mid-February to discuss all this further.

There are many and more hurdles that need jumped for the Rays to find their next stadium, but as things stand, this particular location along the Selmon Expressway is sneakily becoming a location with the fewest roadblocks.