According to Ken Rosenthal, the Rays have claimed left handed relief pitcher Pedro Figueroa off release waivers from the Athletics.

The Domincan southpaw has 24 major league appearances over the last two seasons, while pitching primarily for Oakland's Triple-A affiliate.

In 2012, he had a strong season with a 2.62 ERA in the minors, with a 3.32 ERA over 21.2 major league innings. Last season, however, his minor league ERA rose to 4.10 over 59.1 innings, with a dip in K's and rise in BB's. In a brief promotion last season, Figueroa allowed four runs over six hits in five outings, and wasn't given a second chance.

Figueroa was released to make room for Chris Gimenez, who was claimed from the Rays on Dec. 20. His acquisition fills the 40-man roster, and a spot will need cleared when James Loney's contract is finalized.

I would expect the Rays to designate a reliever to make room, possible even Figueroa; however, this would subject him to yet another team's claim. The other likely player to be DFA'd in his stead would be lefty reliever Jeff Beliveau.

Should Figueroa stick around, here's what you need to know. 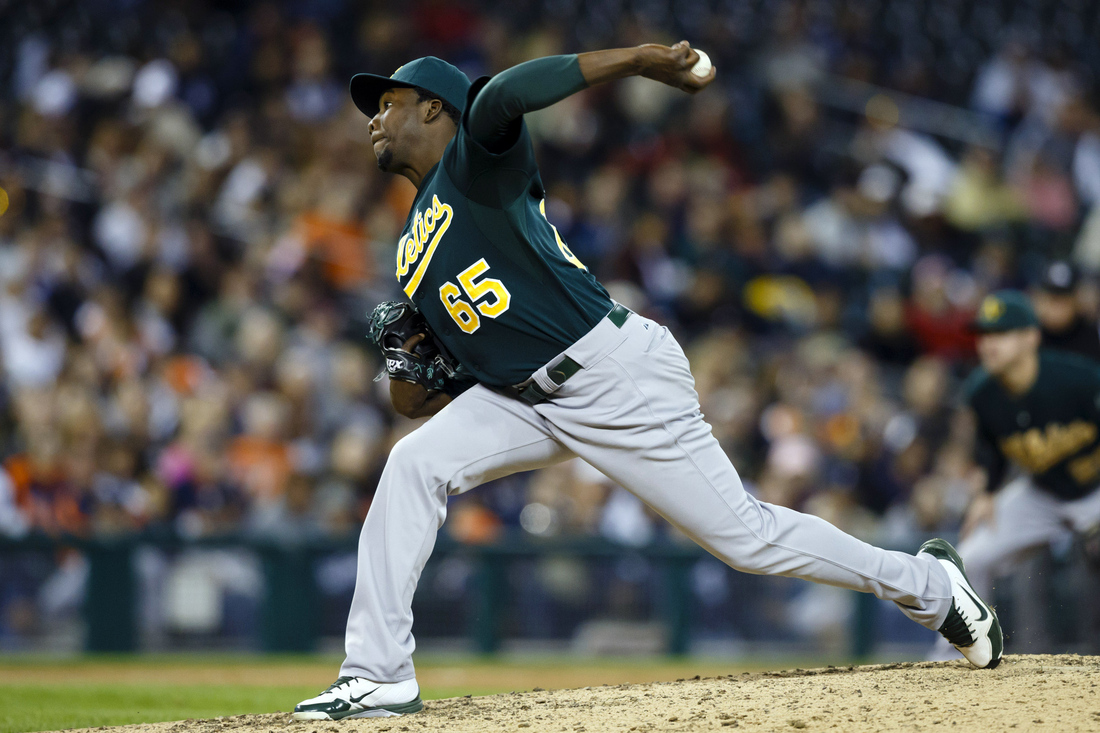 Originally signed in 2003 as an international free agent, Figueroa has long been at varying heights in the Athletics' Top-20 prospects. Early in his career as a starter, control issues led to nearly nine hits per nine, while his age moved him up through the minors. Unfortunately, the promotion in 2010 came with an elbow injury and a need for Tommy John.

The hard throwing lefty was converted to relief upon his return in 2012, able to bring back his mid-to-high 90's 2-seam fastball. Figueroa also features an above-average slider and a respectable change up. All three pitches fit the mold of a Rays reliever.

The most notworthy aspect to Figueroa's game is his delivery, which features wild torque on his elbow. On first glance, you might not notice. The motion is a blur.

Here are some links to photos dissecting his throwing motion:

Starting with his arm outstretched and extended behind his shoulder. Figueroa then starts his throwing motion with what looks like a conventional approach, but then leads with his elbow as he delivers toward home -- sometimes raising his elbow nearly above his head. He completes the pitch by slightly lowering the arm slot as he engages a downward plane, and then buckling his seat belt in what ultimately looks like a fluid motion.

The long delivery is fast, but may be easy to read for right handed hitters, so it's possible his most realistic future is as a LOOGY.

His arsenal of a splitter, hard-breaking slider, and change lead to Figueroa pitching outside the zone more often than not, something that is confirmed by his average of ~66% of pitches outside the zone in his few major league appearances. It's the aspect of his game that needs improvement: reign in the control.

Figueroa is incredibly tough on lefties, but would be trying to slot into a bullpen that has plenty of left handed arms, which is what showed him the door in his last organization.

Figueroa is expected to join the Rays without having any options left on his rookie contract, which runs until 2020. If he doesn't make the bullpen out of Spring Training, he will likely be released again.