There are a couple surprises compared to other rankings

He also provided honorable mention to LHP Jose Castillo, "who has better present stuff, including an average or better curveball, but less feel or command" than Jose Mujica.

Danny made this chart to compare lists that have been released this off-season, averaging scores on a fifteen point scale: 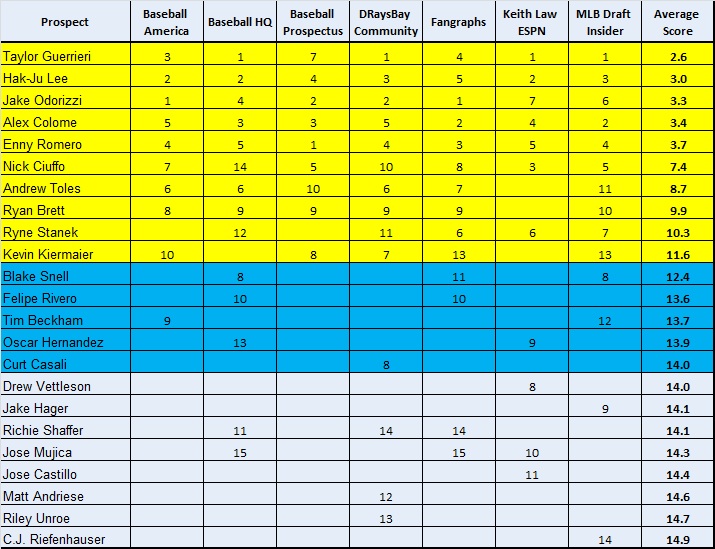 The top three on Law's list are also on his top 100.  He values upside over higher floors, which explains some of the discrepancies compared to other sources.  That's why his rankings of Nick Ciuffo, Ryne Stanek and Oscar Hernandez (among others) are higher, and why Triple-A starters like Jake Odorizzi are lower.

One other thing that stands out is Drew Vettleson's ranking.  So far, he's the only source where he's included in the top 10 after a down season in 2013.  He's been at the end of top 10 lists or at least on the fringes his entire career, so there's still optimism that he'll bounce back.

Much to Danny's chagrin, Law made no mention of Kevin Kiermaier.