At the end of a very long night, the Rays have purchased the contracts of speedy 2B Ryan Brett, the incredible arm of C Justin O'Conner, the developing outfielder Mikie Mahtook, groundballing starter Matt Andriese, impeccable southpaw Grayson Garvin, and added the blazing fastball of RHP Jose Dominguez.

To make room for six names coming on the roster, the Rays cut heavyweight catcher Jose Molina, recently signed reliever Michael Kohn, and infielder Cole Figueroa. The former two are under contract and have ten days to be traded, or the Rays will have to eat their salary.

The Rays also executed a trade, opening up two more slots by sending out two relievers, the veteran Joel Peralta and Triple-A stat darling Adam Liberatore, for the aforementioned Jose Dominguez and a middling starter from Class A named Greg Harris.

Edit: middling is too negative for Harris, I actually really like his stuff. The fastball is lively and his K-rate is above 9/9 through limited innings in Class-A ball. He wasn't dominant for his league, but he's got decent control with a change and curve that could develop nicely. Harris might not have pedigree in draft position (17th round), but he does in heritage. Greg Harris is actually Greg Harris Jr., son of Greg Harris Sr., a 15-year pitcher in the majors (h/t Ben Tumbling). This wasn't a throw away part of the deal. 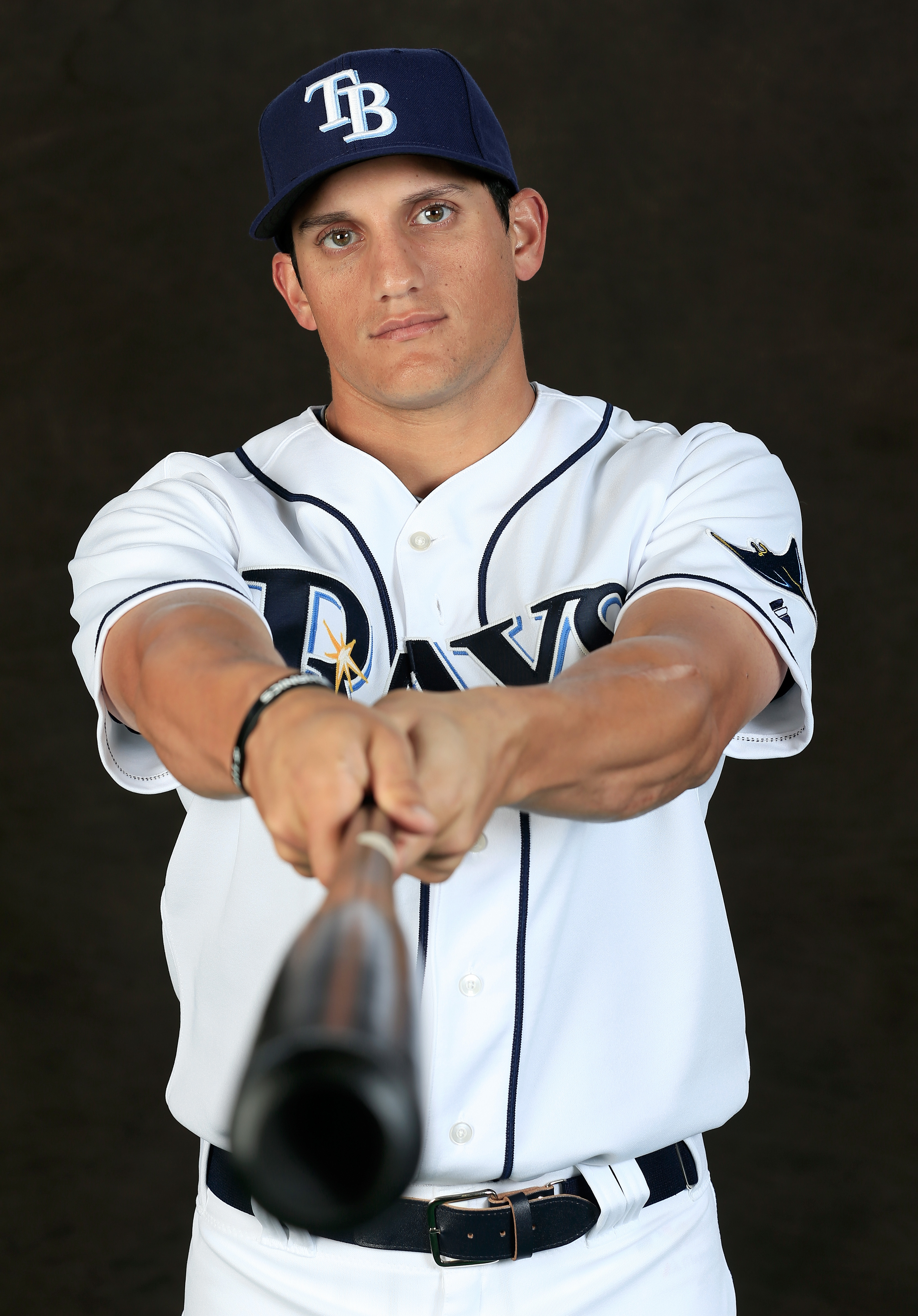 Players with a certain amount of experience can be drafted away by rival teams through Rule 5 proceedings in December, and rosters had to be set by midnight tonight. The Rays had only two slots available as of yesterday morning, so it was possible some fringe players might be cut for more promising prospects. In the end, it was only Cole Figueroa on the prospect side to be lost, along with Jose Molina.

Among the other players that might have been designated for assignment were position players Tim Beckham and Brandon Guyer, and pitchers Steve Geltz, Brandon Gomes, and Mike Montgomery were all on red alert. The existence of all five of these players continuing on the roster, including relievers Geltz and Gomes, is a vote of confidence from the new front office.

The Dodgers trade might be the biggest surprise of the night. The Rays began the night by designating Jose Molina for assignment, surprising in its own right and leaving three slots open, while engaging in talks with (possibly) the Rangers throughout the evening. Leading into the final hour, talks were still ongoing, before word broke of Adam Liberatore making a big league club - that is, with the Dodgers.

Former #Rays prospect Adam Liberatore has been traded to the #Dodgers

The Rays can't protect everyone on their list, and if Liberatore was to be exposed, the thought process would be to get something else in return. Still, the lefty Liberatore had some shiny stats last year at Triple-A, including a 1.66 ERA and 1.65 FIP while striking out nearly 12/9. He takes the place of top-ten prospect Onelki Garcia, a southpaw reliever the Dodgers lost earlier today to the White Sox after designating from the 40-man. Dodgers fans are excited to have the Durham southpaw, and rightfully so.

Paired with Joel Peralta going out the door, and bringing back only one pitcher who needed protecting on the roster, will prove to either be fateful or shrewd, depending on who is more successful: strike-em-out southpaw Liberatore, or light-em-up righty Jose Dominguez.

in the end, this gave the Rays six open roster slots and removed Liberatore from the depth chart. Among the names not protected and now exposed to the Rule 5 draft next month are:

The first two listed would be most painful for the Rays to lose, as I think Ames could play up at the MLB level, even if he's a ways off. It's easy to hide arms in bullpens. Taylor Motter began rounding out his game with power this year and has me suddenly excited to see what kind of role he could play on a big league bench.

The others are not as strong of a risk of losing, as Kelly is fourth on the Rays starting depth chart in the minors and entering his third season at Triple-A, and former supplemental first round pick Carter is a defense-only prospect at this time.