After many weeks of rumored interested between the Rays and Nationals, the deal seems to finally be in place.

BREAKING: #Rays have traded Lobaton, and 2 others (likely minor leaguers), to #Nats for RHP Nate Karns.

Jose Lobaton was out of options and the odd man out this off-season after the Rays re-signed Jose Molina to a two-year deal, and then acquired Ryan Hanigan via trade and extending him to be the primary catcher for the next three-to-four years. The trade of Lobaton was a given, and the fact the Rays can return anything of value is a victory.

As noted by Topkin, the expectation is that the Rays will send a couple minor league players with Lobaton to DC. 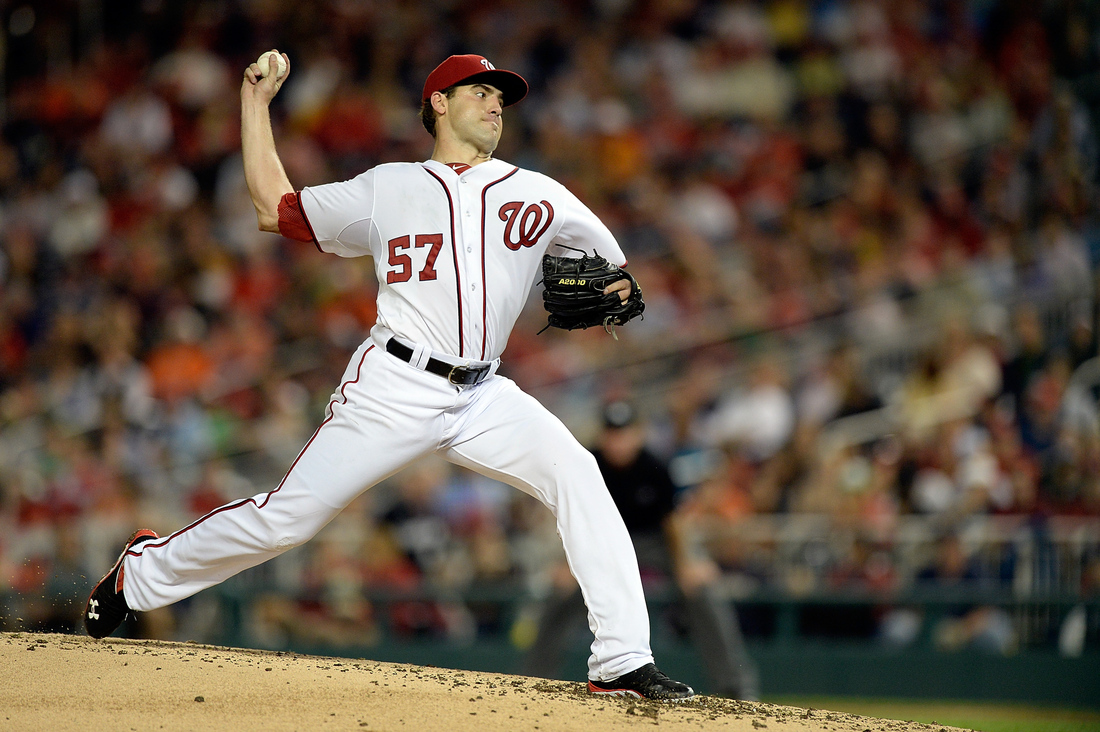 Here's my write-up on Karns from yesterday's speculation:

Nate Karns is a 26 year old pitcher who made three mid-season starts for the Nationals last season, but started and ended the season in Double-A ball. He was ranked the fifth best prospect in the Nationals system headed into 2013 by both Baseball America, and Baseball Prospectus, and sixth by John Sickles. This off-season, BA dropped him to ninth, while Sickles and B-Pro have yet to release their Nationals rankings.

Karns is a tall six-three, with a 95 fastball and a potential plus-plus curve. His career had been limited early on by injury, including a right shoulder surgery in 2010, but that hasn't limited optimism for this potential No. 3 starter. Profiles note Karns pounds the bottom of the zone well with the fastball, while his curve is devastating for batters. When he steps on the mound, it seems he goes to war.

His command lacks consistency, as could his health, but this could be a premium get...

The Rays had previously discussed Lobaton for infielder Danny Espinosa with the Nationals, but they declined, leading to the Forysthe acquisition. From a depth perspective, replenishing the loss of Hahn with Karns is a shrewd move on behalf of Friedman and Co.

Update 12:10 - It looks like Felipe Rivero is one of the players being sent to  Washington.

Update 1:55 - Per team announcements, the final player the Rays send off is OF Drew Vettleson. If you gauge by Baseball America rankings, the Rays send off their 17th and 20th best prospects with a DFA candidate for a No. 9 prospect in Karns.