Why do all my friends keep leaving? - Mark J. Rebilas-USA TODAY Sports

So I put this together after the trade today because I was thinking about how OF and SP/RP shake out over the next few years. 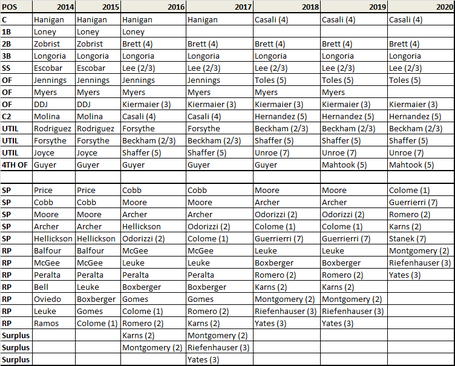 Let me know if you see anything that's wrong. This is a good jumping off point to discuss the future I think. Pretty incredible that we'll be bringing back essentially the same team next year. I do think we'll move both Price and Helly next offseason and use some combo of the 4 at AAA to replace them.