Know your Rays: swinging at the fastball (Friday)

Share All sharing options for: Know your Rays: swinging at the fastball (Friday)

Thursday: This Ray continues a pattern that you may recognize by now. Like Longoria and Jennings, this Ray likes to swing at high fastballs all across the zone from opposite-handed pitchers (while ignoring low fastballs from them), and from same-handed pitchers he's likely to swing at a fastball up and and in but to take a fastball down and away. Unlike Longoria and Jennings, this player is left-handed. This player is Matt Joyce.

Leading the tally for the week so far: Andy Hellicksonstine (3 of 4) 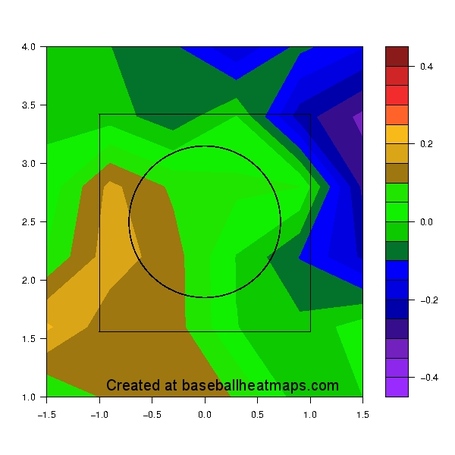 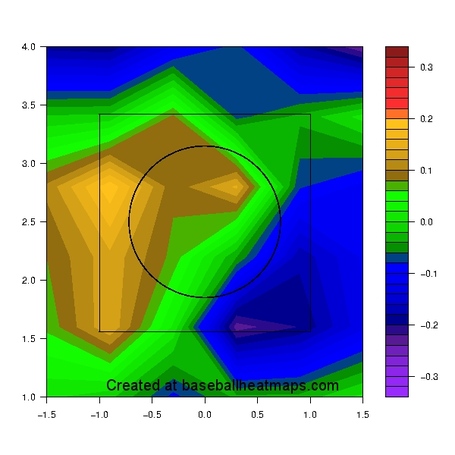