Know your Rays: swinging at the fastball (roundup)

Share All sharing options for: Know your Rays: swinging at the fastball (roundup)

Sunday: For the past six days, we've seen players with an identifiable approach in their swing pattern. They have a plan, and they work their plan. On Sunday, we saw something different -- something ugly. This player's approach against lefties is actually just fine. He swings at their fastballs over the middle of the plate, and he's also aggressive, trying to pull the fastball in on his hands. He does let an awful number of strikes go by in the bottom and the far side of the zone, but the flip side of that is not swinging at balls outside of the zone, it's a trade-off that may be worthwhile. 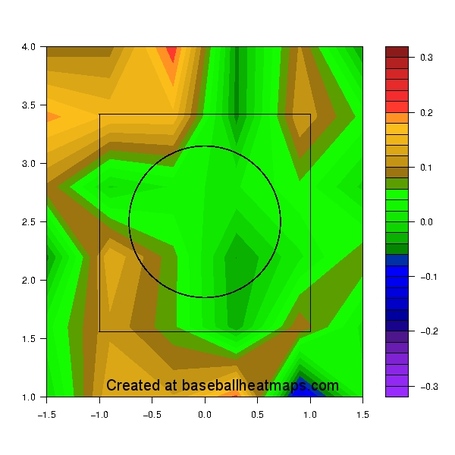 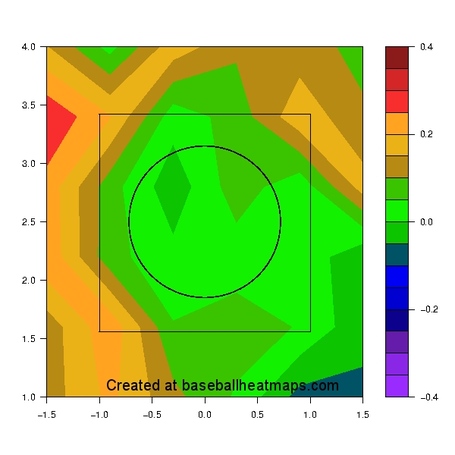 The winner of the first week was Andy Hellicksonstine, with four out of six correct answers. DBullsfan placed second with three out of six. Frankly, I'm impressed. It's easy for me to look at the chart, know who the player is, and say what's going on, but actually figuring it out from the colors seems pretty hard. I'm going to handle these prizes in terms of beers I owe at an eventual meetup. Tally starts at AH 1.