Share All sharing options for: Know your Rays: weekend roundup, swinging at the breaking ball (Monday)

Going into Sunday, we had a tie atop the leader board. I anticipated both of the leaders getting the answer right, so I included a more difficult tiebreaker question. Well, one of the leaders didn't show up at all. The other did, and not only got the current reliever right, but the tiebreaker as well. The answers were Cesar Ramos and Dan Wheeler.

That brings our running tally of eventual beers (or beer substitute) owed to:

I'm going back to a more difficult topic for this week. Once again, these are swing/take heat maps from Jeff Zimmerman's site, www.baseballheatmaps.com. I'm including all curves, sliders, and knuckle curves (according to the MLBAM classifications) thrown since 2007, and comparing a player's swing tendencies to the league average swing tendencies, so a hot color means that the player swung more than average at a pitch in that location. A cool color means he swung less often than average. 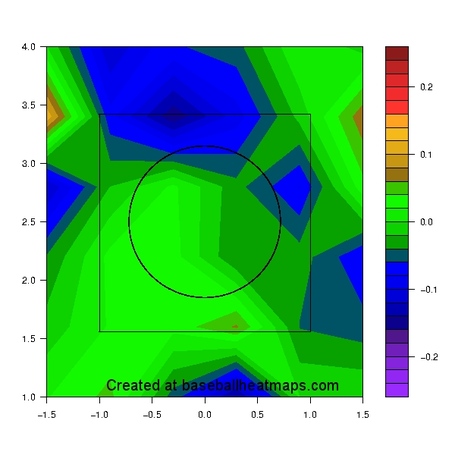 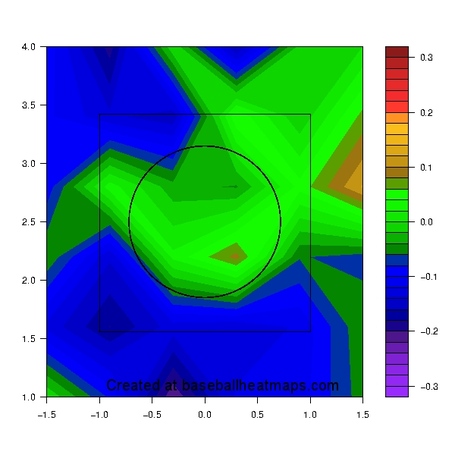