Know your Rays: swinging at the breaking ball (Tuesday)

Share All sharing options for: Know your Rays: swinging at the breaking ball (Tuesday)

Yesterday's mystery Ray is less apt to swing at a high breaking ball than most batters, no matter which handedness of pitcher is throwing them to him. This means that he'll let some curves drop in for strikes, but he also won't swing wildly at the pitch above the strikezone.

Against righties, his pitch recognition is a huge strength. Low breaking balls are bad pitches to swing at, and this player rarely does, spitting at everything below the bottom of the zone, along with those tough-to-hit hooks at his knees.

Against lefties, though, that strength goes away. He's not bad, he's merely average. But in terms of how that affects his total package, the results are bad. This player is Matt Joyce.

There were two correct answers, coming from our previous two winners, Andy Hellicksonstine and BeantownRaysFan. 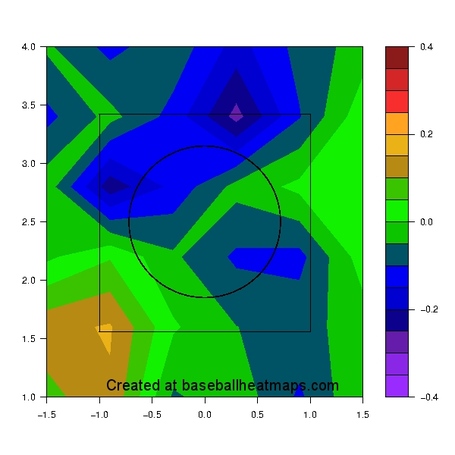 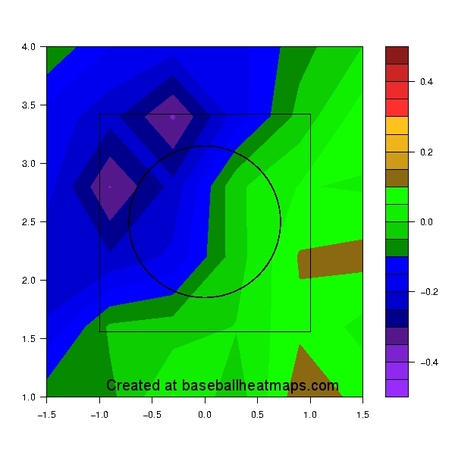