According to Jon Heyman, the Rays have joined in the Mets pursuit of infielder Nick Franklin, citing multiple sources. It would seem that multiple trade scenarios have been discussed with Seattle, though none cited thus far.

Adam Rubin reports a deal was in the works earlier this year before Hellickson's elbow injury was discovered.

Heard while ago that #Rays and #Mariners were ready to pull trigger on Nick Franklin trade and Jeremy Hellickson's injury scuttled it. #mets

This does not mean Hellickson was the arm headed to Seattle, per se, but that a change in depth messed with the Rays plans.

The Mets have been in pursuit of Franklin since their talks with Stephen Drew collapsed last month, and Franklin should be easily obtainable. He is currently a man without a position for the Mariners after the acquisition of Robinson Cano. 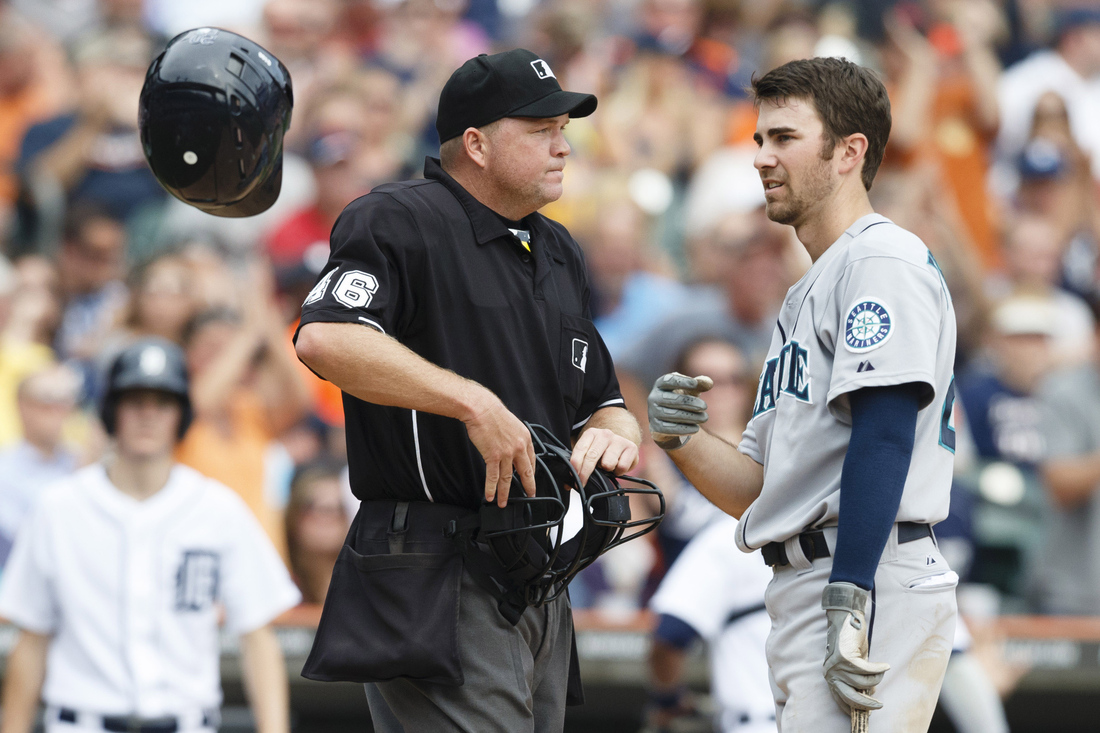 A switch hitting infielder, Franklin was league average against right handed pitching and below average against southpaws during his rookie campaign. Over 412 PA's, he held a 10.2% walk rate and 27.4% strikeout rate, averaging to a 90 wRC+. Before his promotion, Franklin held a 147 wRC+ through 177 PA's in Triple-A. He is not considered a threat on the basepaths.

Franklin, a product of Orlando, would not be arbitration eligible until 2017, but would not have a readily available place on the Rays roster any more than the Mariners. Logan Forsythe and Sean Rodriguez are the reserve infielders, and the option-less Brandon Guyer is the lone reserve outfielder (though Rodriguez has roamed the grass before). All three of these bench players are expected to earn their playing time against southpaws.

The only infield roster name with a question mark is currently Ben Zobrist, who has dealt with lower back pain since reporting to camp, but the injury is not considered serious.