Know your Rays: swinging at the breaking ball (Thursday)

Share All sharing options for: Know your Rays: swinging at the breaking ball (Thursday)

Wednesday: There wasn't much to go on last week. If I was trying to solve the puzzle, I wouldn't have had a clue where to start. That's why it's no reflection on you guys that no one got it right. The mystery Ray, who swung at breaking balls pretty much anywhere in the zone at a rate just very slightly above league average (and at a higher rate in two spots) is Wil Myers.

I threw him in, because so much of the conversation about young players centers on how they adapt to breaking balls in the majors. Well, this is how Myers approached them in his first season. Season two coming up soon.

Today's puzzle is easier. I'm learning that it's actually pretty tough to tell a player's handedness through these charts, but I think there's enough here to characterize what sort of hitter this mystery Ray is, and that narrows it down a lot. 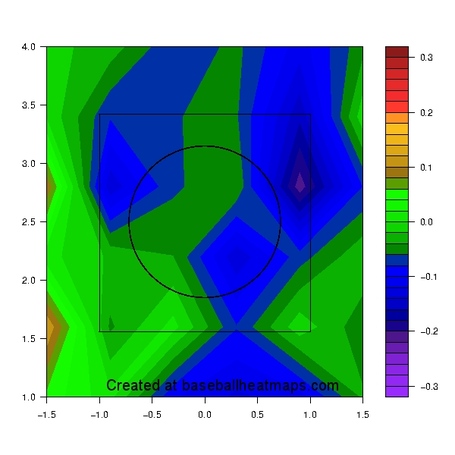 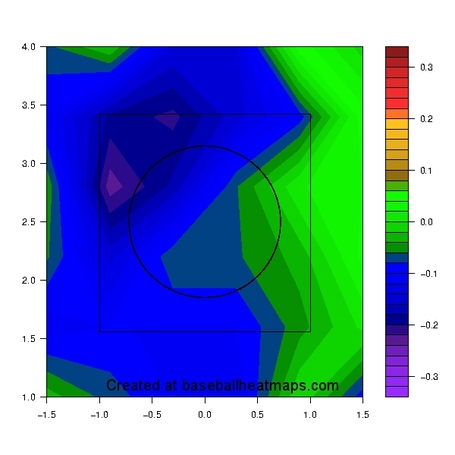