Best and worst case projections for the new Rays on offense

Share All sharing options for: Best and worst case projections for the new Rays on offense

Baseball Prospectus has published their 10-Year Projections, UPSIDE grades, Percentiles for performance, and Comparables. It's been a glorious morning, whether you love PECOTA or hate it, as this is certainly some of the most fun you can have with player projections.

Here's some definitions of each category from Rob McQuown:

10-Year Forecast: A projection of player performance over the next decade.

UPSIDE: Not all players with the same projection have the same potential for greatness. UPSIDE gives us a way to distinguish between them.

Percentile Forecast: The 10th- through 90th-percentile projections for each player, encompassing the full range of projected performance from worst case to best case.

Diagnostics: As also seen on the PECOTA weighted-means spreadsheet, each player's Breakout Rate, Improvement Rate, Collapse Rate, MLB%, and Attrition Rate, based on the weighted similarities of his most-comparable players.

Like I said, absolutely glorious. All of this is pay-for-use data so I can't give away all the spoilers, but I would like to point out a few best and worst case scenarios from the PECOTA projections using the Percentile Forecast for the new bats on the Rays roster.

Projecting performance is the reason I grew to love baseball, thanks to a brief appearance by Nate Silver on Countdown with Keith Olbermann that I happened to stumble upon, where he declared the Rays would be headed to the World Series. Carlos Pena had stirred my emotions the year before with the best hit show the Rays had seen in years, but this had me lit up with excitement months before the season started.

Projecting performance to a single stat line, however, is quite possibly a futile task. This is the joy of PECOTA, the "more" tab on Baseball Prospectus. Using these tools, we can identify best and wort case scenarios for a few key role players for the Rays next season.

One important distinction before we dive in: PECOTA and Baseball Prospectus employ True Average (TAv), a linear weight-based metric that's scaled to batting average, as opposed to wOBA which is more similar to on base percentage. 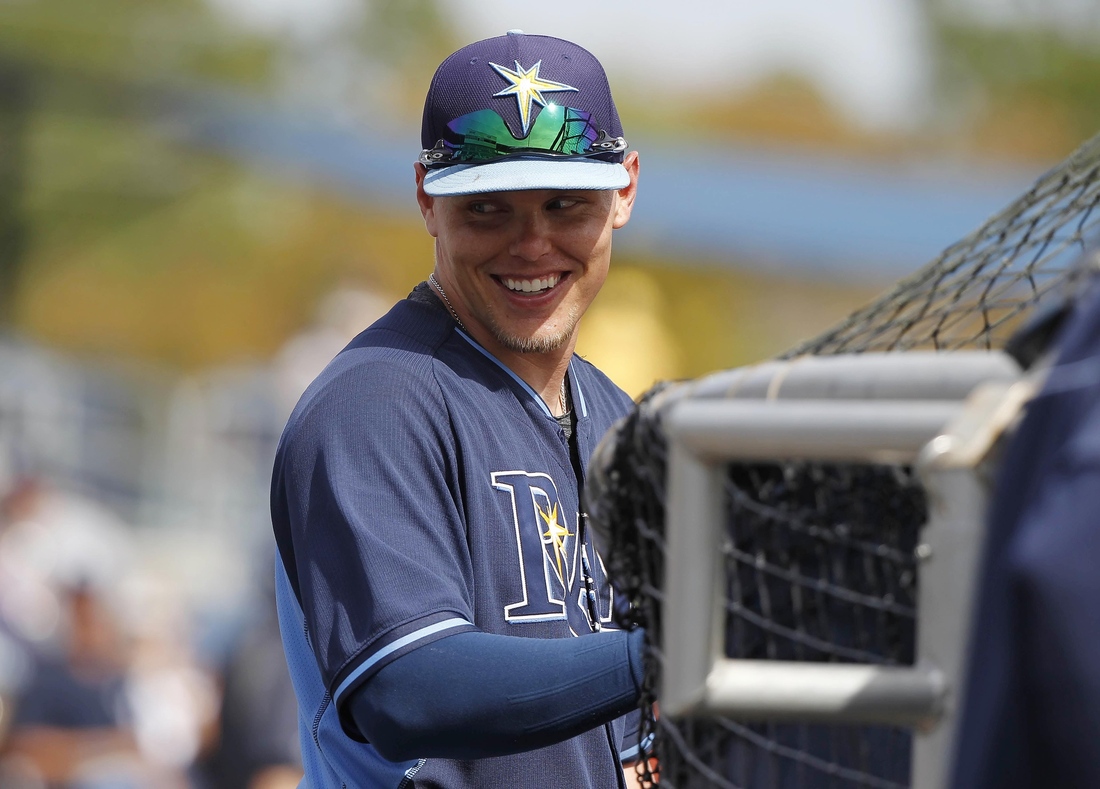 You knew this was coming.

The perfect platoon option available for left field is a plus-defender that bats the opposite side of starting fielder David DeJesus, and who has the speed to make an impact from the bench (unlike S-Rod and Forsythe are expected to... or Molina). Guyer can be used wisely, and should add value.

Earlier this off-season I projected Guyer to add 0.5 WAR to what Sean Rodriguez might have offered while paired with DeJesus, and that might have been conservative.*

Baseball Prospectus's version of wins above replacement (WARP) is notoriously strict with it's consideration of replacement value, and tends to suppress WAR figures. That said, PECOTA already projects Guyer to a 2.0 win season with a .279 TAv, and a batting line of .271/.329/.421 over 269 plate appearances. By comparison, Rodriguez held a .257 TAv over 388 PA's last season, and has a mean projection of .262 in 2014. Guyer is already projected to be an upgrade.

PECOTA tells us there is a more than likely opportunity that Guyer is offensively better than what you might expect, which is points in his favor, even if he misses a few flyballs in the sunlight this Spring. 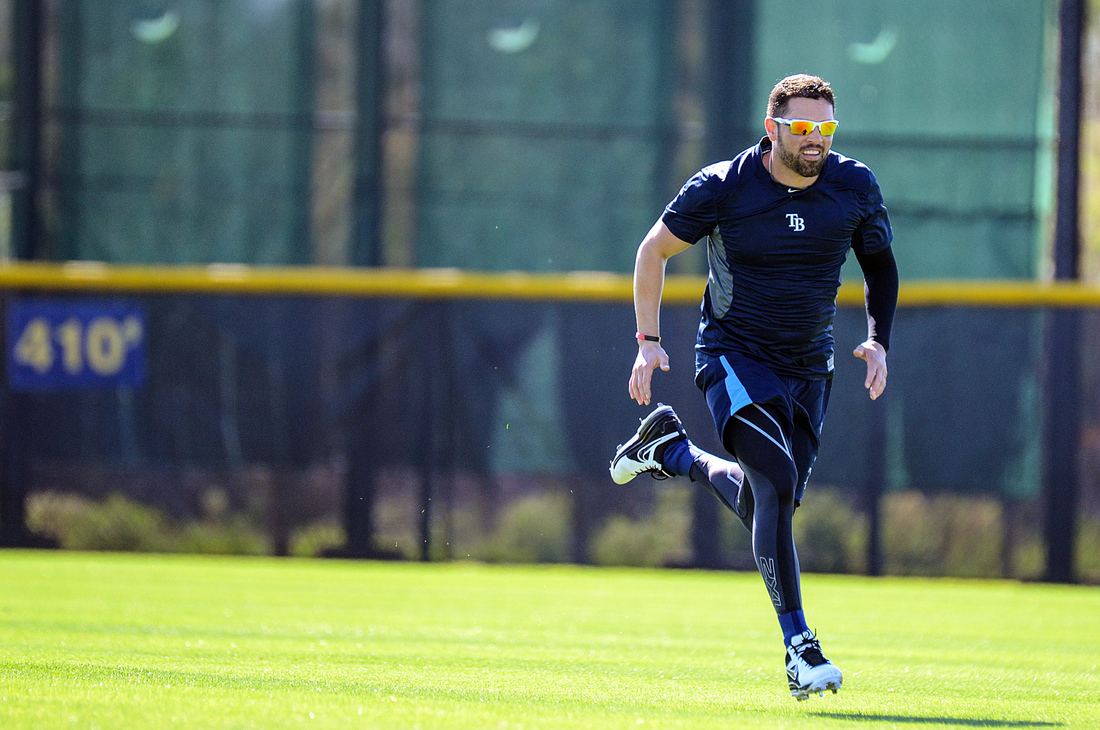 It would be unfair to discuss one side of the coin without acknowledging the other. DeJesus is not exactly new, as was the goal of this article, but it's still important to build familiarity. DeJesus was brought in by the front office at the trade deadline last season and contributed in the playoffs. In the off-season, the Rays extended DeJesus on a two year deal, with an option for 2016.

DeJesus is already expected to be strictly platooned, which is not something PECOTA is giving credit for in these projections. It's for that reason I'm more inclined to give more weight to a percentile above the mean than below, and makes DDJ's 80th percentile batting line of .271/.348/.406 not so unreasonable, particularly when that already closely resembles his performance against right handed pitching in 2013. 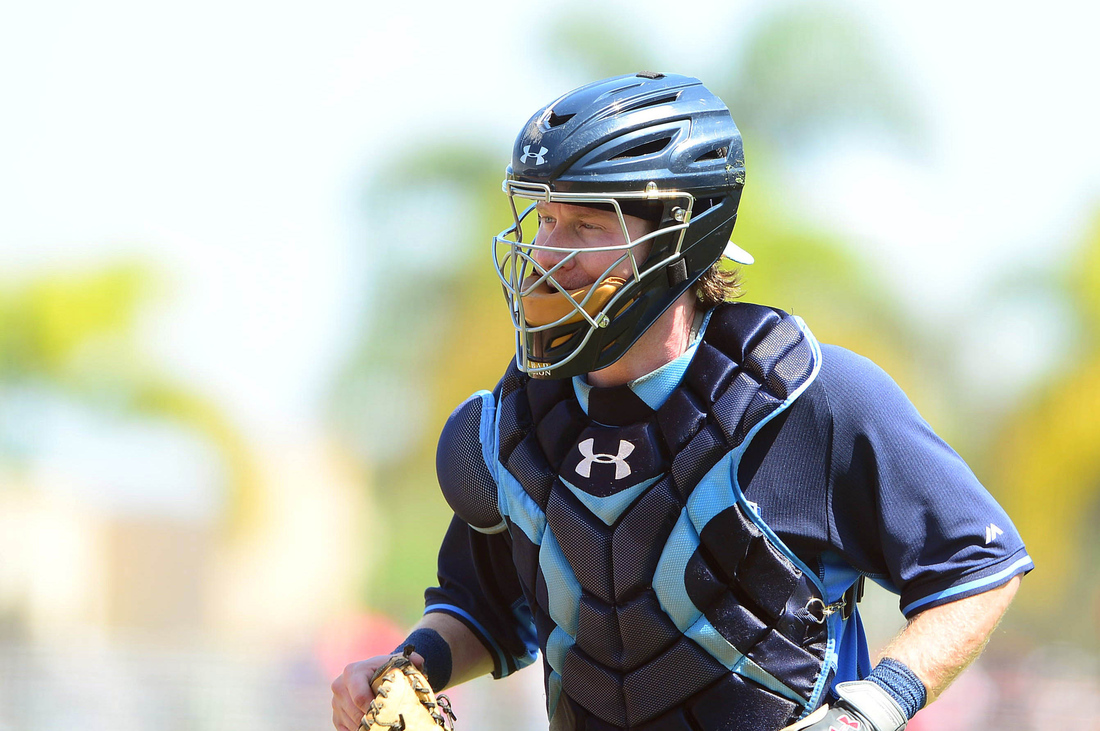 Hanigan was another player acquired and then extended by the Rays, with an option for 2017 and the expectation of being the Rays' primary catcher. And the Rays generally know what they're getting in Hanigan: an increible game caller who takes his art very seriously, who excels at pitch framing, and is competent at the plate.

Relying on a simple projection for his offense, and building expectations at the plate in 2014, are not so simple. Hanigan missed significant playing time last year after injuries to his hand and side that brought down his performance. So, what does PECOTA do with a player returning from a season full of injury? The answer is not as detrimental as you'd think. PECOTA has been giving preference to Albert Pujols for years because of past success, and should likewise be fair to Hanigan's past. 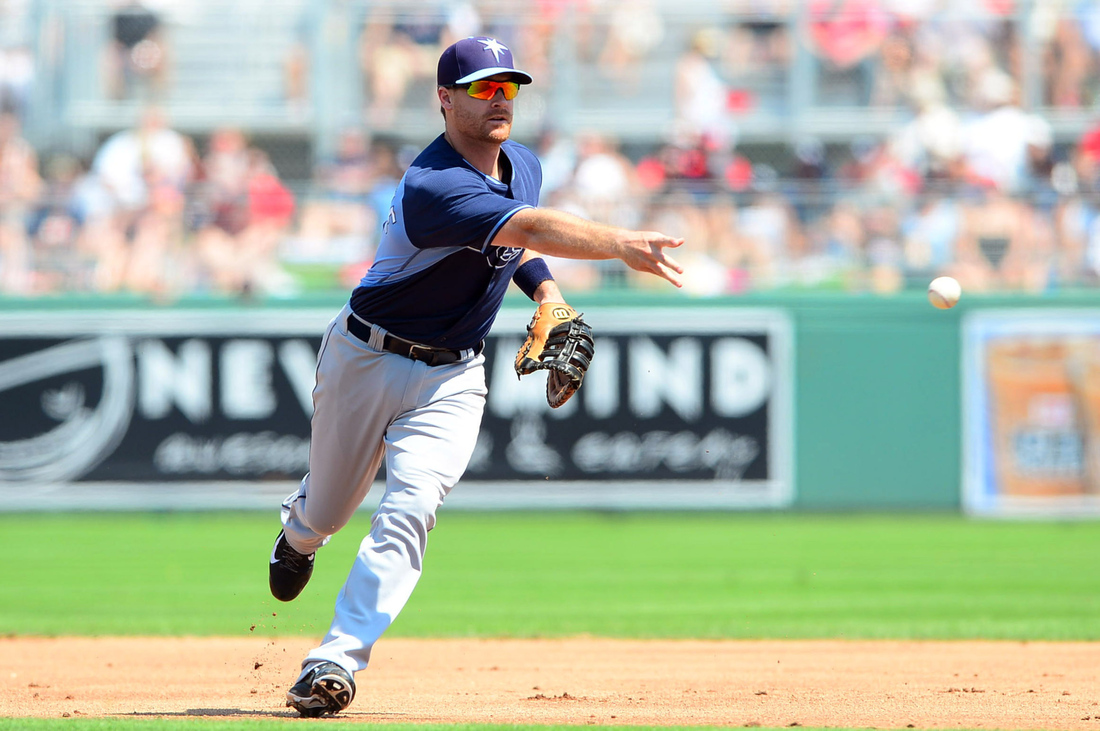 In Forsythe we have the opposite projection problem than with Hanigan, where we don't know which season was the outlier. Forsythe had his own injuries in 2013 that held him down, but the year before that he raked. Forsythe will also be carefully platooned, and has a career batting line of .290/.363/.430 against left handed pitching. For PECOTA comparisons, his 2013 TAv was .234, while his 2012 mark was .272.

Forsythe will be in competition with Rodriguez and Guyer for two-of-three projected starting platoon rolls off the bench, among which Forsythe likely has the least respected defense. Like these two players, PECOTA has Forsythe projected to a back up role, with a mean projection of .245/.326/.382 over 290 plate appearances, with a 0.9 WARP and .267 TAv. I am once again partial to take an over on this mean, due to the incredible likelihood that Forsythe will face only opposite handed pitching, but for him the sky is not the limit.

In the 80th percentile, Forsythe is given a .269/.354/.420 batting line and .290 TAv, with a double impact of 1.8 WARP for 326 PA's. Better performance always comes with a few more plate appearances in the percentiles, and visa versa. Forsythe isn't given the same defensive nod as S-Rod in the system, who has a 2.7 WARP 80th percentile, but the TAv's are similar to his competition: .284 for Rodriguez, .303 for Guyer.

The plantar fascitis has subsided, and presumably his accompanying right knee soreness as well, but if not we may see something similar to his 20th percentile: .214/.288/.333 with a .236 TAv, comparable to .232 for Rodriguez, and .246 for Guyer.

In short, Forsythe has the most to lose in below-mean performance, given his below expectation on defense in comparison to Rodriguez, and Guyer's superior projected offense. Health for Forsythe -- and Guyer -- will be the key.