James Loney was a very pleasant surprise for the Rays in 2013, as he became yet another successful first base reclamation project. They signed him to a three year deal worth $21 million this offseason. Can he repeat his success in 2014?

The Rays rewarded Loney for his efforts by signing him to a three year deal for $21 million, keeping him under team control through his age-32 season. It's a significant outlay of cash for the Rays, who generally have avoided making mid-range acquisitions in free agency.

Looking forward to 2014, those of us at DRaysBay have to wonder if Loney can repeat his 2013 success. From 2006-12, Loney had a .282/.339/.419 line for a 103 wRC+, hardly impressive numbers for a first baseman. Over that period he averaged 1.1 fWAR per 600 plate appearances. DRS gives him better defensive ratings in that time frame, and he comes out to 1.4 bWAR per 600 plate appearances. Either way, Loney was a serviceable but below-average first baseman for the first seven years of his career, never managing more than 2.0 fWAR and twice finishing with negative fWAR. 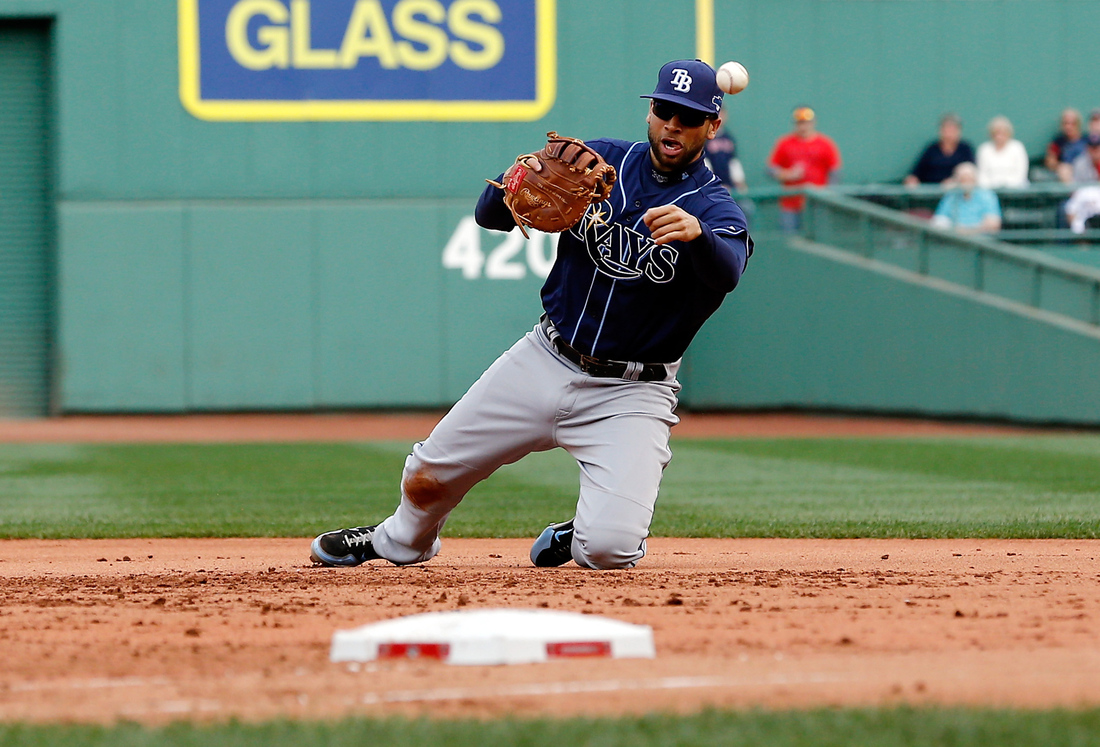 One reason for Loney's career year in 2013 was his performance against left-handed pitching. Before 2013, Loney owned a career .248/.302/.355 line against southpaws for a 77 wRC+ in 885 plate appearances. Among hitters with at least 500 plate appearances against lefties, Loney had the fourth lowest wRC+. In 2013, his line against lefties improved to .299/.339/.390 for a 106 wRC+. His improved slash line was due to a .350 BABIP against lefties, a 70 point jump from his previous numbers. Against same-handed pitching, Loney's strikeout and walk rates as well as his power production were all slightly worse than his pre-2013 marks.

Furthermore, Loney's 2013 BABIP of .326 was more than 20 points higher than his previous career average. He backed that up with a line drive rate of 29.8 percent, easily the highest mark in the league. Now, line drive rate isn't the most useful statistic (shameless self-promotion), and thanks to Steve Staude's handy hitting correlation tool, we can see that the year-to-year correlation on line drive rate is just .37. Loney has usually had a higher than average line drive rate, but factoring in some regression seems appropriate.

Likewise, the projections for Loney in 2014 predict some regression. Here's a look at what Steamer, ZiPS and the Fans have projected for Tampa Bay's first baseman.

None of them are too bullish on Loney, and they're not buying that he can maintain a .320+ BABIP. Only 11 fans have made a projection for Loney so far. True to form, their projections come in higher than those from Steamer or ZiPS, but even the Fans projections don't think Loney will repeat 2013.

However, the Rays don't need to count on Loney being as successful in 2014 and beyond as he was in 2013. Even with their budget, $21 million over three years doesn't have to buy a three win player. Signing Loney was a strange move in that the Rays haven't often spent on these types of players. After all, the previous two first base reclamation projects have moved on after a year with the Rays. Casey Kotchman signed with the Cleveland Indians after a year as the Rays first baseman, and Jeff Keppinger found a new home with the Chicago White Sox. Before that, Carlos Pena signed a three year deal with the Rays, the year after they brought him into the fold on a minor league deal. Two of those years were very good, though Pena and Loney are entirely different players.

Expect Loney to see less time against left-handed pitching this season, as he'll likely be closer to his career marks than his solid 2013 numbers. He's certainly capable of struggling, but his 2012 season looks like more of an outlier than last year. With the trade demands that have been made for the likes of Ike Davis, and next year's weak free agent class, paying up for Loney is a sensible way to bring some continuity to the Rays first base situation.