Know your Rays: swinging at the breaking ball (Sunday)

Share All sharing options for: Know your Rays: swinging at the breaking ball (Sunday)

Saturday: This player is pretty symmetric. If you were to decide he was a lefty or a righty, it wouldn't make much of any difference. Either way, he's swinging at a lot of breaking balls slipping down and away from him, and at a lot of breaking balls getting down and in on his back foot. So combine the fact that he's likely to bite on both of the two most common ways pitchers like to attack hitters with the fact that he swings at every other curve or slider at a rate slightly above average (except for high strikes), and you would conclude that this mystery Ray is not very good at th e plate.

And he isn't. This is Jose Molina. 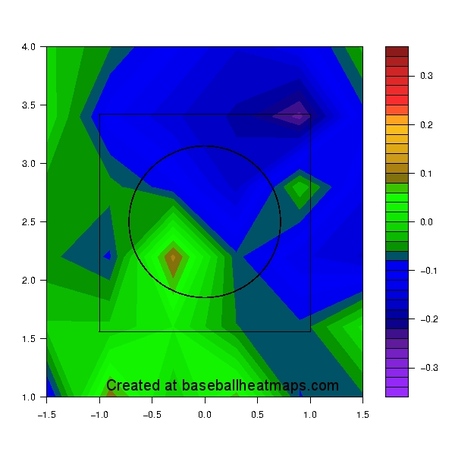 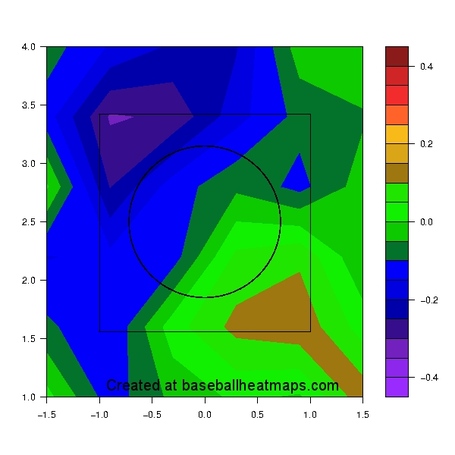