David Price was dominant after returning from a triceps injury that caused him to miss all of June . What was the key to his success?

David Price had an inauspicious start to his 2013 season. The reigning CY Young winner pitched to a 5.24 ERA in his first 55 innings, with an FIP over 4.00. His struggles culminated in a May 15 outing against the Boston Red Sox where he lasted just 2.1 innings, allowing four runs, before departing with a triceps strain. The injury would cause him to miss six weeks. After returning Price would author a 2.53 ERA over his next 131.2 innings, with a miniscule walk rate of 2.6 percent.

If Price's season was a tale of two halves, what was the key to his post-injury success?

One thing that didn't play a role in his success was increased velocity. Texas Leaguers gives us this table.

There's a slight increase in 2-seam velocity, and a slightly larger decrease in cutter velocity, but this could easily be a classification issue, especially since a handful of Price's pre-injury cutters were categorized as sliders. Putting aside a little variation with his changeup and curve (which isn't unusual), his pitch velocities basically held constant after returning from injury.

His pitch selection changed some after he returned from injury.

He threw more 4-seam fastballs, and used the change more frequently than the curve for the first time in his career. Focusing on the changeup more than the curve helped Price, as his curve was far less effective than it was in previous years, while his changeup blossomed into a strong offering. Compare the results on his curve from the 2012 and 2013 seasons.

Price's curve lost a lot of its effectiveness in 2013. However, his changeup helped pick up the slack. 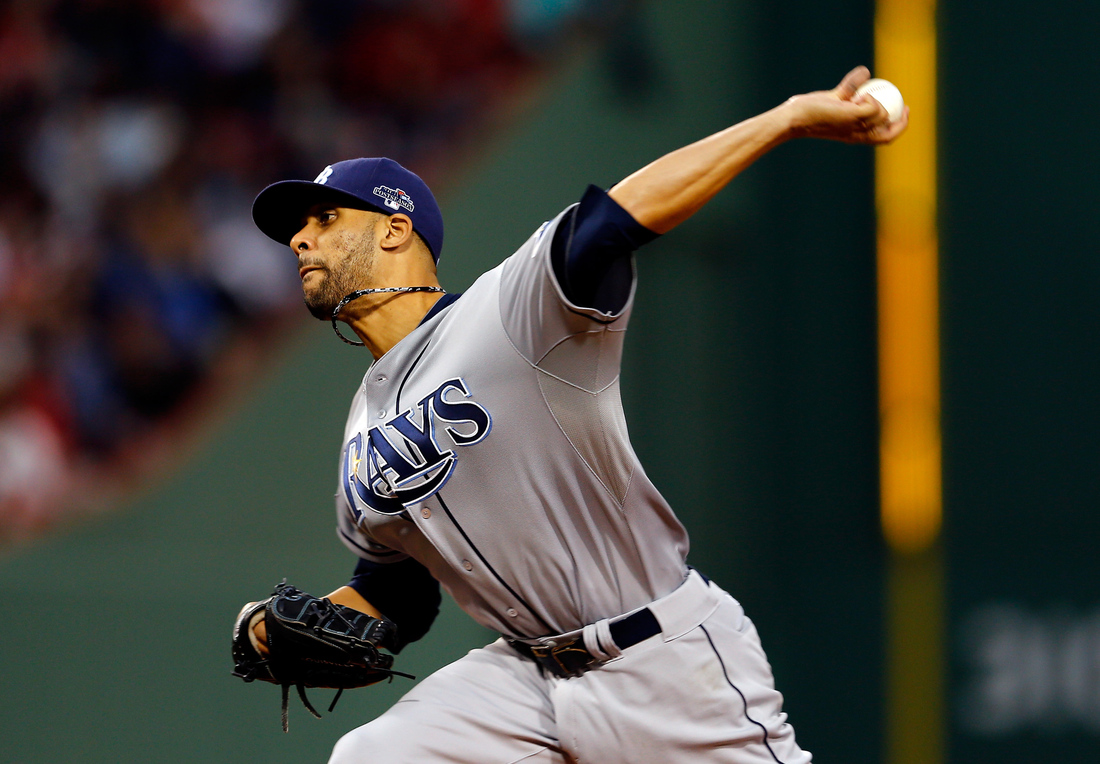 Perhaps the biggest factor in Price's post-injury success was his intensified appreciation for the strike zone. He adopted a pound the zone mentality which resulted in more contact. At the same time, he managed to strike out hitters at an above average rate.

After returning from injury, his strike rate and zone rate went up, as did his contact rate. Subsequently, his swinging strike rate and walk rate went down. Largely because of his ability to get looking strikeouts, he maintained a strikeout rate north of 20 percent. Price's first seven starts after returning from injury netted 57.1 innings, in which he walked just one hitter. His strikeout and walk rates were 19.8 percent and .005 percent, respectively.

An increased contact rate is usually not synonymous with success. However, Price has always been a bit of an odd bird in that he allows more contact than the major league average. His career contact rate of 81.1 percent puts him on par with pitchers such as Ted Lilly and Tommy Milone, hurlers whose fastball velocity wouldn't impress your average college coach.

While the bump in contact rate is attributable in large part to Price's approach, it bears mentioning that his fastball velocity dropped from its lofty peak of 95.5 miles per hour in 2012 to a 93.5 average in 2013. Also, according to Baseball Savant, he didn't throw one pitch of at least 97 miles per hour in 2013, after throwing more than 250 such pitches the prior year.

Still, Price was very successful even with a less explosive fastball, and while a pitcher's strikeout rate tends to decline alongside fastball velocity, there are exceptions. Felix Hernandez has steadily lost fastball velocity, yet remains as dominant as ever, thanks in large part to an excellent changeup. If Price continues to increase his changeup usage, he could follow a similar path.

Over the years, the Rays have seen several versions of David Price. He came up as a hard thrower with a fastball and a slider and below-average control. Next, he developed a curveball. In 2011, he introduced a cutter and gained more confidence in his changeup, while at the same time ironing out his control. The past two seasons have seen him lean less heavily on his fastball. All of these iterations have been good. Hopefully this latest version, which Price unveiled after returning from injury, can roll over into 2014.