Replacing Hellickson: Candidates for a One Year Deal

Share All sharing options for: Replacing Hellickson: Candidates for a One Year Deal

After Hellickson was prescribed elbow surgery, I sifted through the available starting pitching market and identified two free agent names I thought would be a great acquisition for the Rays. One of those players was Erik Bedard.

You can read the full article here, but to save time, here is a break down of the top five starters that were available, prior to the Rays' signing of Bedard:

Candidates for a One Year Deal 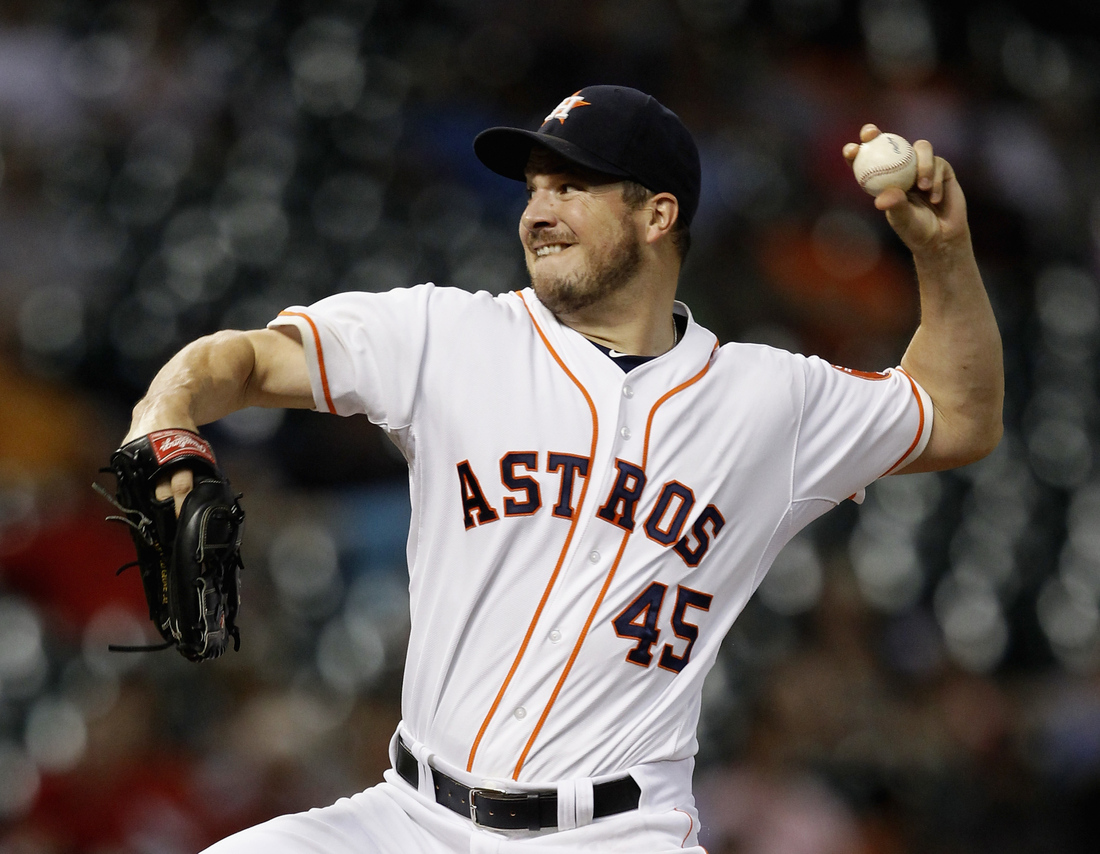 Burnett should be rather expensive and would probably only sign after a David Price trade was in the works.

An ideal Hellickson replacement might be someone who can swing to the bullpen as a long man, should he prove himself to be effective. What I mean is, guys who otherwise might not be starting anymore. Two such examples are former Dodgers.

The following four players were non-tendered or released by their clubs, and all have experience in relief.

Pros: Effective against RHH, had success in relief
Cons: All fastballs, all the time; rising flyball rate, rising Z-swing rate

Of the remaining options, Bedard holds the most projected value in 2014. He generated more flyballs than usual last season, including a sky-high 15.2% in-field fly rate which should regress. Both play well to the Trop, but may not on the road. His sinker, change, and curve all have decent movement, and he loves throwing everything to the catcher's glove side.

He made 26 starts and six strong relief appearances for Houston, but his relief performance down the stretch was bolstered by a .241 in-play batting average. He joined the Astros on a minor league deal, and played for $1.15M last season.

Non-tendered by the Angels after he was acquired from the Braves, Hanson has a fastball that sits below 90 when he's starting, but has a decent slider and curve. The latter is his out pitch, but he rides the fastball. In relief, Hanson could be something interesting next season.

He had right-arm tendonitis in the spring, a forearm strain in the summer, and he was out of a job before the fall was done, sent off by a team desperate for starters. But he's gonna be cheap, he can give you six innings, and he can limit the damage to six base runners.

Odorizzi could probably do more without hurting himself, but the projections are about even, so it's worth mentioning.

Released by the Mariners mid season, Harang had a minor league deal to finish the season. He's all fastball/slider against same handed hitting, but evens it out with a sinker and curve against lefties. He sits at 90, and the sinker has great movement, which could play toward relief. The curve is tight, and the slider gets whiffs, so there's much in his arsenal that Hickey could bring out. The change is seldom used, but it's there as well.

To be honest, looking for benefits in his repertoire will not do much. He hasn't been an effective starter since 2010, and will be playing his age 36 season. A minor league invite converting to relief with an ability to spot start is a best case scenario for Harang to continue pitching.

Capuano has two Tommy John surgeries on his resume, but already functions as a left handed reliever. He's had dramatic swings in his velocity that could be tapered by consistent time in a bullpen -- where he would likely average above 90mph on his two-seam fastball -- while his sub-80mph change-up with excellent horizontal movement would play well to the Rays' mentality on the mound. Some practice keeping his sinker low in the zone should improve his performance vRHH, while better framing and sequencing should boost his strike out rates.

Capuano is aging, entering his age 36 season, and had calf, shoulder, and groin strains last season that limited him to 20 starts. He is more of a guarantee to be above replacement level than Harang or Hanson. He hasn't gotten much love on the market, other than from Jeff Sullivan, and that should change as we approach Spring Training.